The Leaking Underground Storage Tank Trust Fund, (aka the LUST Fund) gets its money from motor fuel taxes. Originating in the Federal Highway Trust Fund, gasoline, diesel and ethanol sales send .1 cent per gallon to the LUST trust.

Primarily though, the Highway Trust is used for infrastructure. And it is running dry.

Local lawmakers are getting uneasy about receiving federal infrastructure dollars. With the Highway Trust Fund nearing insolvency, and the Trump budget indicating minimal attention to dilapidated roads and wobbly bridges, the states might have to use more of their own money.

As of January 1, nine states did increase their gasoline taxes. Here in New Jersey, we got a 23 cent hike that took the state tax up to 37.5 cents. Added to the 18.4 cent federal tax, the taxes on gas have popped to one quarter of the per gallon price.

Topping New Jersey by more than 20 cents, Pennsylvania’s 58.2 cents per gallon tax is the highest while Alaska, at 8 cents, is the lowest.

You can see below the higher gas tax states: 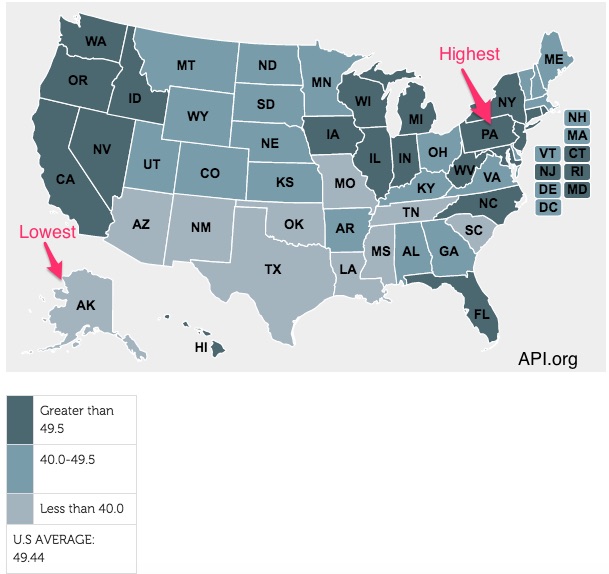 According to an Indiana University study, few people support gas tax hikes. When researchers asked respondents which of five revenue sources they preferred, highway tolls won with 33.8%. Least popular, the income tax and sales tax were at the bottom while the gas tax was in the middle at 22.8% and a mileage user fee got 20.9% support.

With one-third saying they supported none of the five alternatives, the study said to me that people (predictably) have a tepid reaction to taxes.

Perhaps that is why state highway funding has changed: 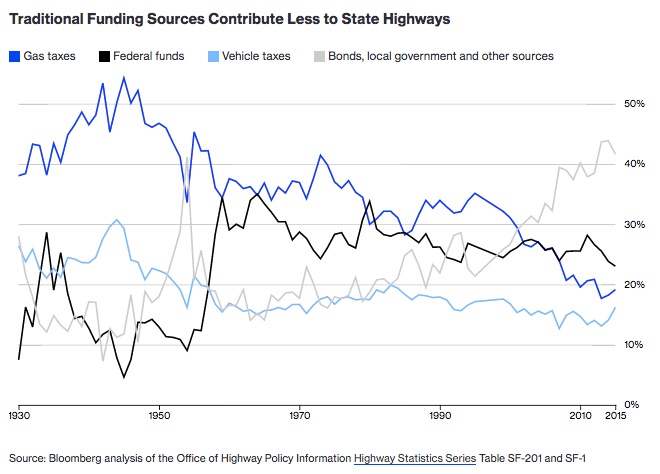 Philosophically it makes sense to use gasoline taxes for state and federal highway trust funds. Representing a “benefits received” philosophy, the tax said that drivers should pay for their roads.

The downside though takes us to another tax philosophy. If you believe that taxes should come from the affluent rather than those with smaller paychecks, then a higher gas tax is not the answer. Called a regressive tax, every penny at the pump takes a higher percent of the income of those who earn less than those with more.

You can see why the federal government has taken money for highways from the LUST surplus rather than raise the gasoline tax.

My sources and more: Bloomberg alerted me to the new state gas taxes while DOT has all the facts you could ever want on federal gas taxes. Then, for some LUST insight, I recommend Vox, the EPA. and Treasury balance sheets.

Please note that the Indiana study description and Our Bottom Line were published in a past econlife.