In 1935, President Franklin Roosevelt thought we could have a pre-funded system like a pension where you put your money in and years later, you take it out. But then he would have had a long wait for the system to kick off. Knowing a sooner start was necessary, he supported a pay-as-you-go system that depended on money moving from workers to retirees. 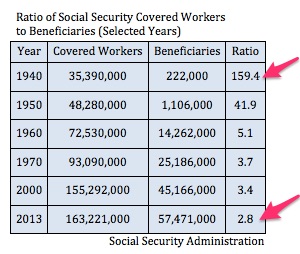 Signed into law by the President on August 14, 1935, the original Social Security Act guaranteed benefits from age 65 until death. Since the average life span was close to 62 years, we might assume that few people lived to get their money.

Relatively high infant mortality rates skewed the averages. Instead, we can look at the life span of people who make it to 21. Then life expectancy during the mid-1930s climbs to the vicinity of 80.

All of these numbers take us to one conclusion. We have too many beneficiaries and too few workers who fund them.

Close to one-third of a 2014 Pew Survey’s respondents thought Social Security functioned as a pension. Instead of recognizing that beneficiaries rely on current workers, they assumed they were getting back their own money.  The data though reveal that because of pay-as-you-go, demography is chipping away at the system’s solvency. We have a deluge of long-lived baby boomers becoming Social Security recipients while birth rates are dipping. 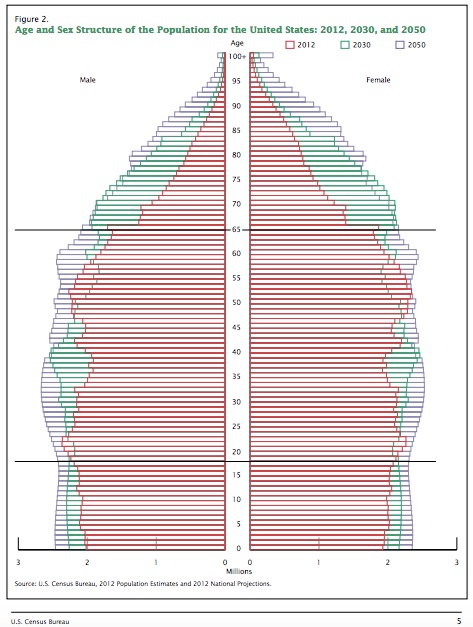 For now, we do have a Social Security Trust Fund with the extra dollars (invested in government securities) collected by the system. However, that money will be gone in 2034. Then, if tax dollars from workers are inadequate, the beneficiaries will not be fully paid.

At econlife we have looked at a long list of solutions that require higher taxes, lower benefits, or later start dates. Now, to that list we can also add more immigrants.  Using data from 2010, a chief actuary of the Social Security System calculated that unauthorized immigrants paid $13 billion into the system and received $1 billion from it. That means $12 billion was a net plus.

My sources and more: The Social Security Administration has some history and lots of data while Pew Research provides a bonanza of articles. But if you want to focus on the immigrant contribution, I recommend The Atlantic.

The Cost of a Comma