The Cost of a Comma

On September 19, 1905, a group of typesetters in Moscow went on strike. Paid per set of 1,000 letters, they wanted commas also to be counted in their piecework rate (and a shorter working day).

Ranging from bakers to railway employees, other workers soon left their jobs in sympathy. Together they created a revolution that we could say was caused by a punctuation mark.

And now again, a group of workers cares very much about a comma.

In the first example, the Oxford comma that follows and lets us know that he had four separate items. However, without that comma, he had oranges, apples, and a spinach/kale package, 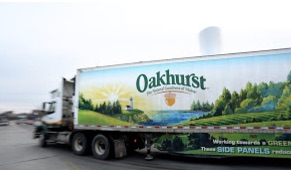 Maine law says most workers are eligible for 1 1/2 times their regular pay for overtime that exceeds a 40 hour week. They did though exclude people doing “packing for shipment or distribution.”

Below you can see the regulatory language:

Because the exclusion was ambiguous and the legislature had a remedial objective, the court concluded that the drivers should get their extra money. As the judge said, “For want of a comma, we have this case.”

Defined as the impact of an event or a decision on an uninvolved third party, externalities pop up everywhere. With the Maine case, the workers would say they were enjoying a positive externality from the regulatory language.

My sources and more: About history, grammar, unions, overtime, the O’Connor case opinion was fascinating. It initially took me to Lynne Truss’s chapter on commas in her grammar book, Eats, Shoots & Leaves, and to Leon Trotsky’s description of the typesetters who started the first Russian revolution. However, if you just want a summary of the case, Quartz did a good job.

This post was slightly edited after it was published.