Commenting on inflation, writer Walter Isaacson suggested the Bunker Hill approach. “Don’t fire until you see the whites of their eyes.”

On the other hand, former Fed Chair William McChesney Martin said the Fed has to take the punchbowl away just when the party gets going.

Having looked at the jobs recovery, let’s move to inflation and then (try to) decide.

The Fed cares about our inflation expectations.

In a recent NY Fed survey, people older than 60 predicted 3.4 percent inflation while a younger cohort, below 40, said 2.8 percent. Researchers suspect the reason is history. If you lived through the high inflation of the late 1970s and early 1980s, you have not yet forgotten interest rate caps, a prime rate above 20 percent, and 12 percent price hikes. Correspondingly, in 1970s surveys, it was the older group who expected less inflation.

Does all of this matter?

The Fed thinks it does because our current expectations can affect our financial behavior. And that behavior can shape future inflation. In addition, sometimes markets can do a pretty good job of predicting the future. 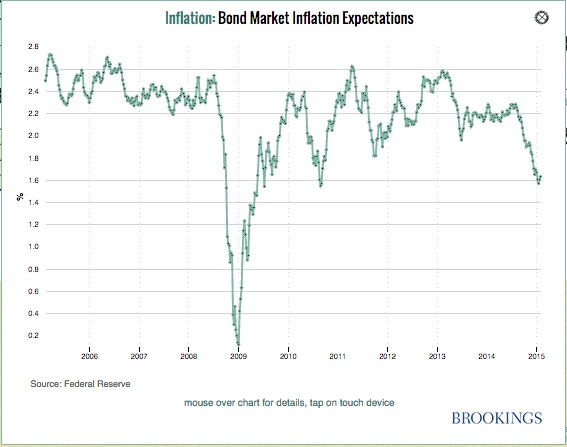 Correspondingly, using the PCE (Personal Consumption Expenditures Price Index) instead of the CPI, there appears to be little inflation pressure on the consumer side. Below you can see that the inflation rate dipped below the Fed’s target in 2012 and has not returned to it: 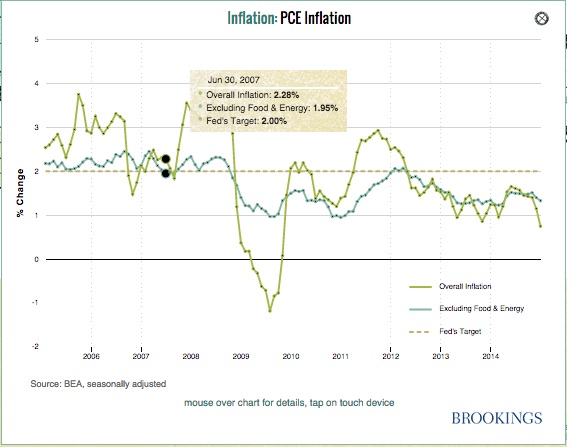 By contrast, we might have a hint of inflationary pressure from rising labor costs: 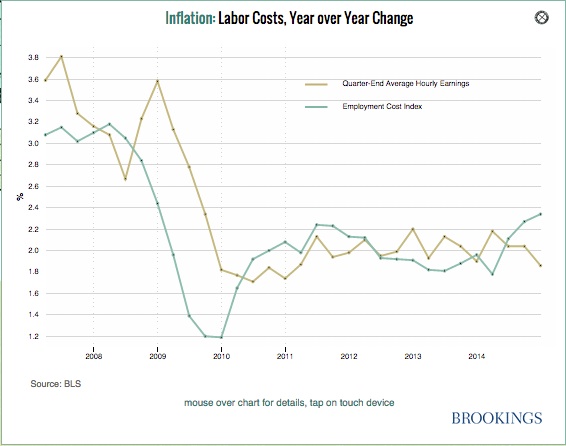 Okay, so we have Isaacson’s Bunker Hill approach or Martin’s punchbowl that we should soon remove.

And, we can add economist Rudiger Dornbusch’s (1942-2002) warning that, “The crisis takes a much longer time coming than you think, and then it happens much faster than you would have thought.”

Meanwhile we saw at econlife that the Yellen dashboard for jobs indicated a recovery might be accelerating and, above, the inflation data remains calm.

Is it Isaacson or Martin?

Three Big Questions About the GDP