John Maynard Keynes and the Generational Impact of Entitlements

Before seeing how we are benefiting unequally from entitlement programs like Social Security and Medicare, let’s start with some history.
During 1934, with unemployment high and production low, British economist John Maynard Keynes was reported to have crumpled up a pile of towels rather than just one after washing his hands in a U.S. restaurant. His goal he said (if this really happened and no one is sure) was to create more jobs.
More than businesses though, Keynes (1883-1946) believed that a contracting economy needed the job creation that government could provide through deficit financing. Government spending would then multiply as it passed from hand to hand. Just pay a worker, he or she spends that income, the recipient then spends it, businesses have to expand and an inflated total (called the multiplier) of spending enters the GDP.
Implementing a Keynesian approach during the 1930s Great Depression, government passed Social Security and unemployment legislation. Called a government safety net, they were supposed to provide income minimums to the jobless and people over 65 who qualified.
30 years later, Lyndon Johnson said to Wilbur Mills, the Chairman of the House Ways and Means Committee, “I’ve just been looking through the polls here, and I’ve got only a few weaknesses, and the worst of them is that I’m not doing anything for the old folks. I need some help from you, Wilbur. How about letting Medicare get to the House floor?” Mills said yes and, in 1965, federally subsidized medical care for people 65 and over became the law of the land.
Then, during the Great Recession (December 2007 to June 2009), President Obama perpetuated a Keynesian approach and an increase in entitlement spending through the American Recovery and Reinvestment Act of 2009, the $787 billion bailout program that ballooned to $840 billion in 2011.
Today, almost 80 years since entitlements began with Social Security, we can look at their potential impact on the following generational groups: 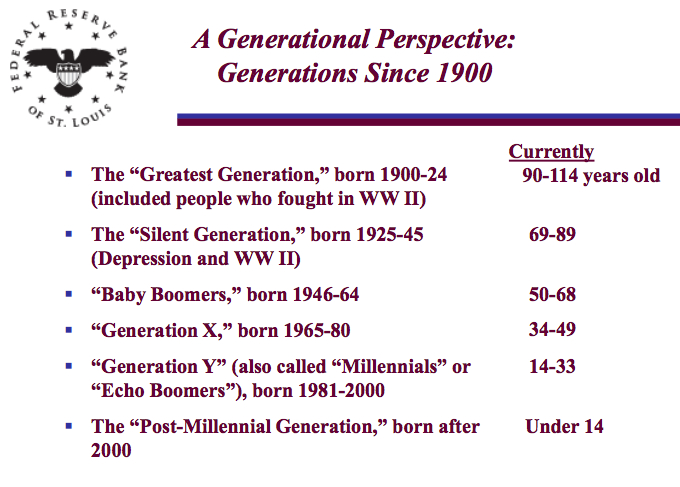 The Greatest Generation, the Silent Generation and the Baby Boomers could benefit most from entitlement legislation: 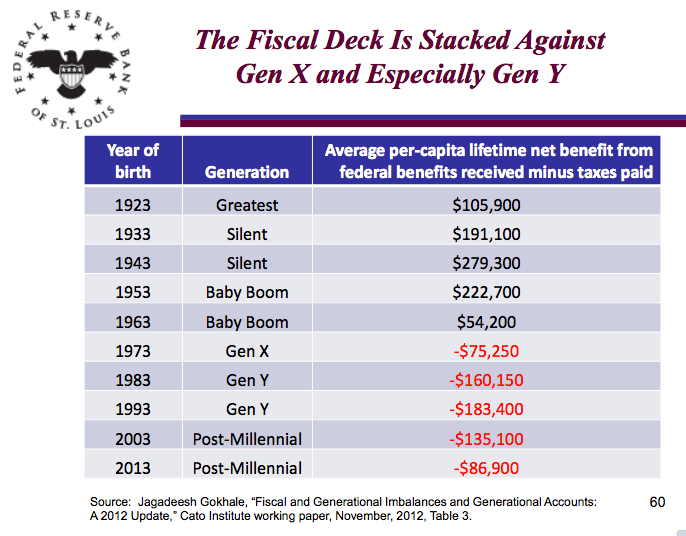 Our bottom line: A Keynesian philosophy that employs massive government spending to end a recession has also helped entitlement programs to grow and unequally impact generations.

What Would David Ricardo Say About Your Sneakers?