Some (sort of) Good Climate News

We could say that the global warming glass is slightly more than half full.

The reason is in a new report from the iea.

The good news is that average temperature now is projected to rise by 2.5°C  above preindustrial levels by 2100, less than we previously thought. The bad news is that the improvement is not nearly enough because the benchmark for avoiding the most damage is a 1.5°C. increase. However, if countries do what they promised, then a 1.7 °C. rise is a possibility.

Citing less natural gas demand that might plateau by 2030 the Report tells us that we could touch peak fossil fuel consumption sooner than expected.

The reasons relate to a triumverate of incentives:

Still though, with population up and efficiency gains insufficient, U.S. energy consumption will grow through 2050.

Not in the iea Report, Norway’s carbon capture initiative is an encouraging example of the role of innovation. Called Northern Lights, the venture has a 2024 start date.

This is how they do it: 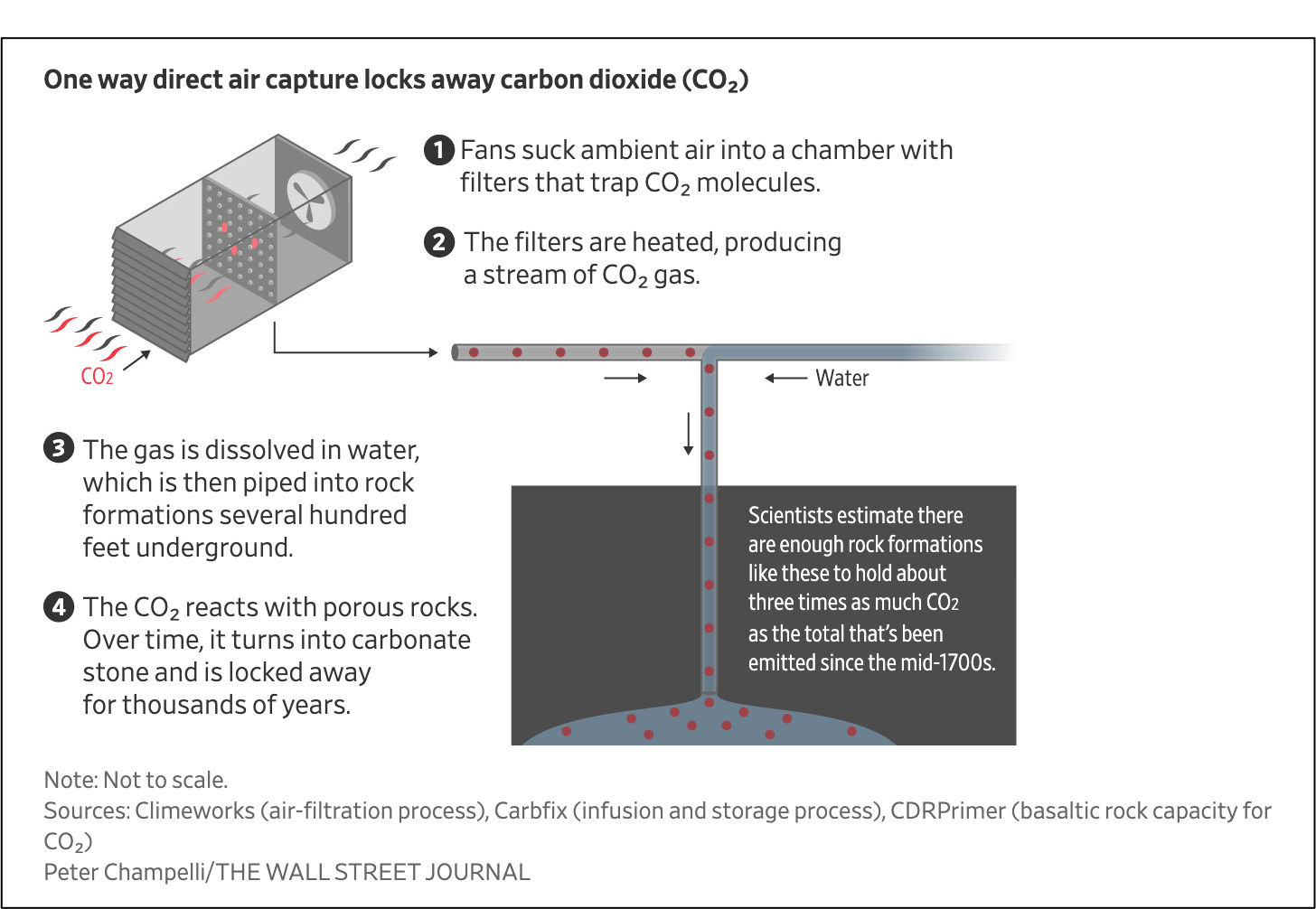 Whether looking at air pollution, an overgrazed pasture or overfishing, people have the incentive to abuse publicly shared resources. Privately benefiting from our behavior, we tend to ignore the impact of everyone using the resource together. The result is a tragedy of the commons that causes global warming. Some theorists also worry that carbon recapture creates the wrong incentives. Should we know we can clean up when we mess up? Or, as one scientist said, “It’s easier to avoid making the mess in the first place than it is to clean it up afterwards.”

But then we need to offset the tragedy of the commons.

My sources and more: Axios had the summary update on the new iea report. From there, the iea was my next stop and then this WSJ article on Norway’s carbon recapture venture. (Our featured image is from Axios.)