The Message That a Mail Truck Delivers

Your postal person might soon drive a new truck. Most of the USPS’s old fleet has no AC, little heat, no airbags. It was called the state-of-the art in 1987 when it replaced these jeeps:

Where are we going? To the message from the mail truck.

As our first postmaster, Ben Franklin established our home mail delivery system. By adding wagons that traveled at night to the normal daytime routes, he cut in half the delivery time between New York and Philadelphia. Similarly, when carriers started sorting letters on the trains that carried them, the mail moved faster. Next, we took a giant step with pneumatic tubes. In cities that included Philadelphia, New York and Chicago, the new technology sped the mail at 35 mph. 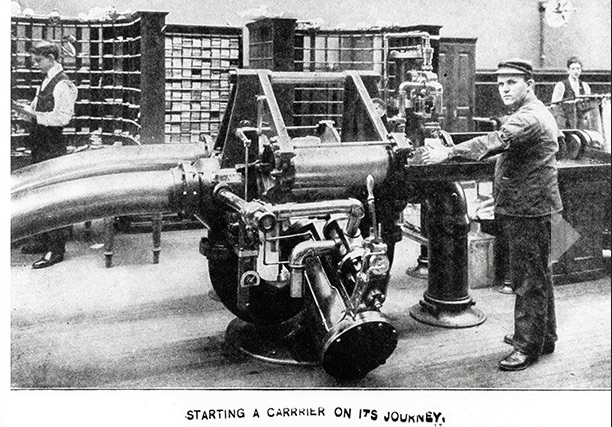 The Long Life Vehicles- (yes-that is their name) compose most of our mail truck fleet. I suspect that when they were named, no one knew their life would exceed three decades. Long overdue for replacement, the vehicles lack air bags, air conditioning, shoulder seat belts, back-up cameras and anti-lock brakes. For gas, LLVs average ten miles a gallon. Designed before the internet, the trucks are not set up for our piles of packages. Our postal people cope with inadequate rear shelving and headroom when they organize boxes.

Although the USPS is supposed to be an independent agency that funds itself, the plan did not quite work out. Since they cannot afford the new trucks, the Congress voted to give them the money. The USPS just has to buy an all electric fleet.

The USPS is a part of our information infrastructure. Sharing that classification with other businesses that transport data and ideas, it lacks innovation. As a result, I wondered  how the system could have been ranked #8 for quality among 170 nations. After all, last December, the USPS delivered just 62 percent of its first class mail on time.

Looking back and forward, we could say that the mail truck (or wagon) is a metaphor for agency progress and problems.

My sources and more: Thanks to The Washington Post for reminding me to return to postal mail trucks. From there, I found articles on congressional support, and the unbelievable high rank of the U.S. for its mail service, and this NY Times description of USPS problems. However, if you just want to have some fun, do go the Smithsonian Magazine, here, here, and here.