Where a Pop in a Corn Price is a Problem

Food imports no longer poured in from China: 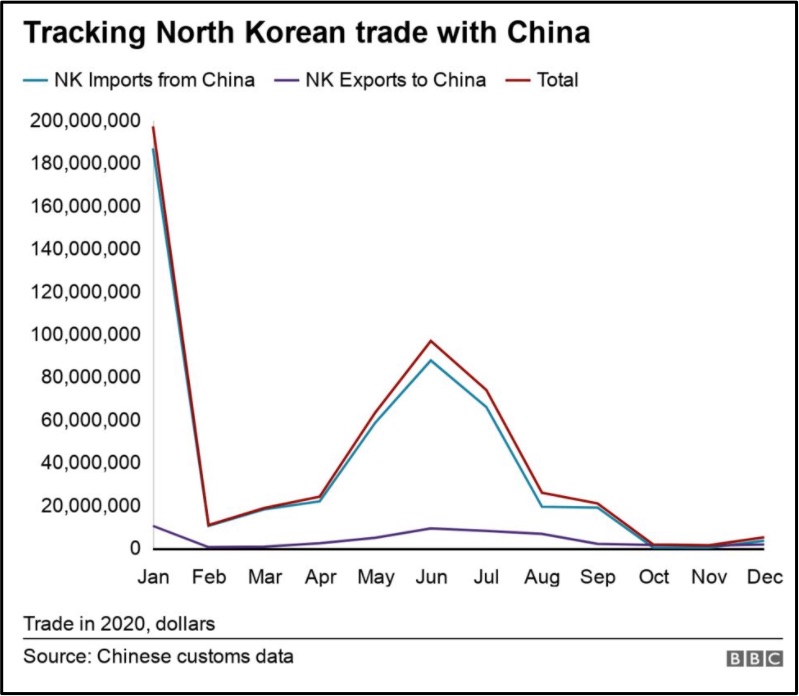 Higher prices and food shortages have been the result.

During the 1980s, North Korea was making radios and TVs. But unlike its South Korean neighbors, manufacturers could not export them. Pre-tuned to a specific frequency, the equipment would only broadcast government propaganda when you flipped the on-switch.

Pre-tuned is the word to remember when we look at North Korea’s economic statistics. Because releasing national account numbers is illegal, researchers instead gather what one economist called “mirror information.” They collect data from businesses in South Korea and China that deal with North Korea. They speak with defectors. And they guess.

After World War II, the area of the Korean Peninsula that was occupied by Russia became the Democratic People’s Republic of Korea. When they left, the Soviet connection remained. The economy was centrally planned and boosted by Russian aid.

But when the Soviet Bloc started to dissolve, so too did the oil the North imported. Unable to produce enough fertilizer and electrically powered irrigation, the country’s resources contracted. Add floods to the equation and you get a massive famine. The government even engaged in a “Let’s eat two-meals-a-day campaign.”

On the plus side, the famine shifted some of the country’s economy to private businesses. Rather than state-owned enterprises (SOEs) foreign aid flowed to black markets. Sold by the elite, that aid directed wealth and loyalty to a market instead of state run institutions. We could say that the failure of the government led to a pseudo market sector of the economy.

While North Korea remains a planned economy, markets play a key role. As some observers have hypothesized, the central government is exerting less control by giving the SOEs some autonomy to form joint ventures and engage in trade. Furthermore, most food and necessities come from markets where North Koreans use U.S. dollars, Chinese yuan, and North Korean won.

Those markets function with sufficient freedom to show how demand and supply are interacting. Below you can see the result is rising rice and corn prices. Sadly, famers are not benefiting because they are paid by farming collectives that function like factories: 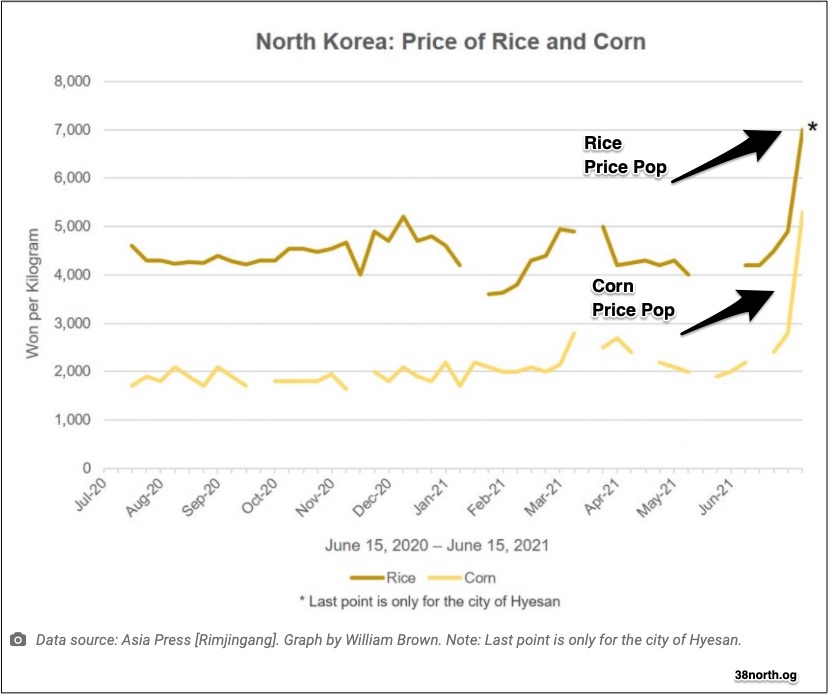 In addition, bananas are much pricier as are gasoline and diesel in the northern areas of the country. Then, making it all even worse, a North Korean fertilizer factory had to shut down because its Chinese spare parts could not be imported. And, internal exchange rates for the dollar, yuan, and won have fluctuated oddly.

Commenting on the economy, Kim said they would need an “arduous march.”

Ionically, a centrally planned economy is displaying the value of the price system. Defined as the movement of prices in response to supply and demand, the price system conveys a bounty of messages. It tells consumers what they can afford, what is popular, what is well-made. Meanwhile, on the supply side, the cost of land, labor, and capital lets producers locate profits.

In North Korea, the one direction supply has moved is to the left. It has decreased because of  floods, border restrictions, the pandemic, and U.S. and UN sanctions. You can see that when the supply curve shifted to the left, prices rose and quantity diminished: 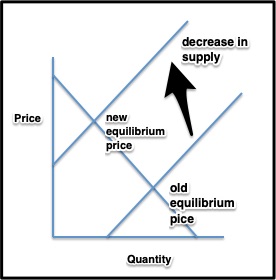 So, as long as there are markets in North Korea–even if they are distorted and disparate–we can get information from the prices they generate.

My sources and more: You, like I, might want to begin with a brief overview podcast from The Economist, and articles from the BBC and NY Times, and then the 38north.org blog. In addition, I  excerpted sections from a previously published econlife on North Korea and, for food insecurity, this USDA document is a possibility. Please note that our featured satellite image has a dark North Korea whereas surrounding countries are lit by their economic activity.