A Brief and Basic Primer On the Federal Debt

The last time we looked at the federal debt, $2 trillion had been added. Half of $2 trillion is 1 thousand billions: 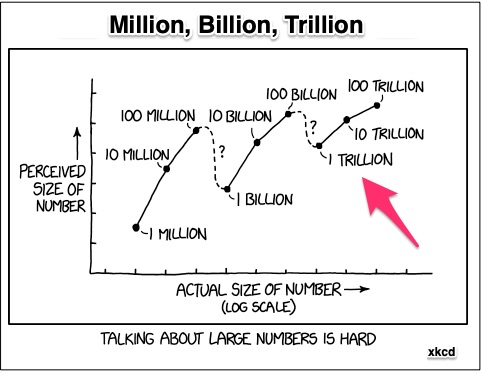 Now, at $2.2 trillion and $1.9 trillion, we can only try to imagine the size of the two pandemic spending bills that the Congress has passed. Meanwhile a $2.3 trillion infrastructure proposal and $1.8 trillion American Families Plan are pending.

Since trillions in spending will add to the federal debt, let’s take a look at where it comes from.

Held by the Public

The U.S. will fund its new spending by borrowing money from the individuals, businesses, and governments that buy our securities in return for interest payments. Months or years from now, when the securities (typically treasury notes and bonds) mature, those investors will get their loans repaid. Believing that a debt is a blessing if it is not excessive, Alexander Hamilton used debt to fund a war (the American Revolution), build infrastructure, and support manufacturing,  Except for 1835-36, we have had a debt for every year since then.

When we look at the publicly held debt through a domestic and foreign lens, we see the Federal Reserve at the top of the domestic list. Next, we have mutual funds and financial institutions:

The foreign slice of the debt pie is dominated by Japan and mainland China. (The China number gets larger if we add Hong Kong.) The 2019 numbers (above), 2020 numbers (below), and 2021 are all similar: 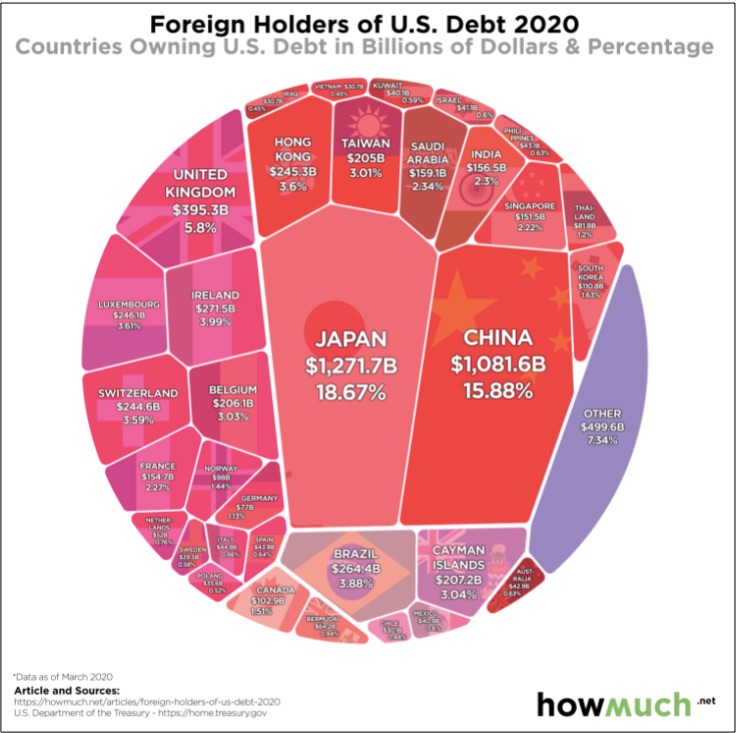 Held by the Federal Government

The U.S. government also buys its own securities. Think, for example, of Social Security. When the payroll tax brings in more revenue than Social Security recipients receive, the extra dollars go into a trust fund. That trust fund then buys government securities and, like all other holders, is paid interest. The same is true for other government agencies with extra cash.

The debt held by Social Security far exceeds the other government holders:

The spending, taxing, and borrowing that compose U.S. fiscal policy have economic and political goals. The economic goals include growth, employment, and stable prices. On the political side, we have more or less government.

So, wherever you lean, do return to where we began. As economists, we should remember the tradeoffs,–the costs and benefits– of spending multiple 1,000 billions of dollars.

My sources and more: For fiscal facts, CBO papers always come in handy. So, I began with this debt primer  Concerned that it was a year old, next I checked the NY Times for spending and this CBO update.