How Zero-Emissions Will Change Jobs

Many of us ponder climate change in terms of temperature: 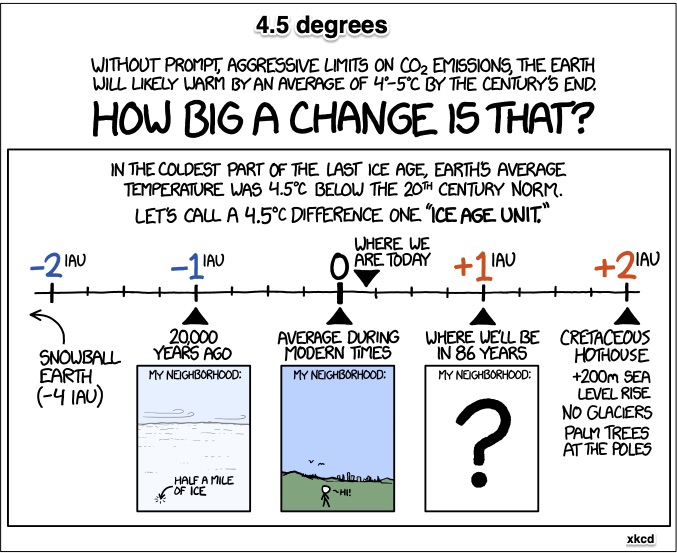 According to a new report, a zero-emissions economy will change job markets in Latin America and the Caribbean. However, they have to decide if gender inequities will be perpetuated.

1. Currently, most Latin American economic activity is dominated by men.

In the six countries that are represented below, the light blue bars designate the men and the red, the women. The only red bar that extends over the halfway dashed horizontal line is for administration and social services. Otherwise, men hold more than half of the jobs in each sector: 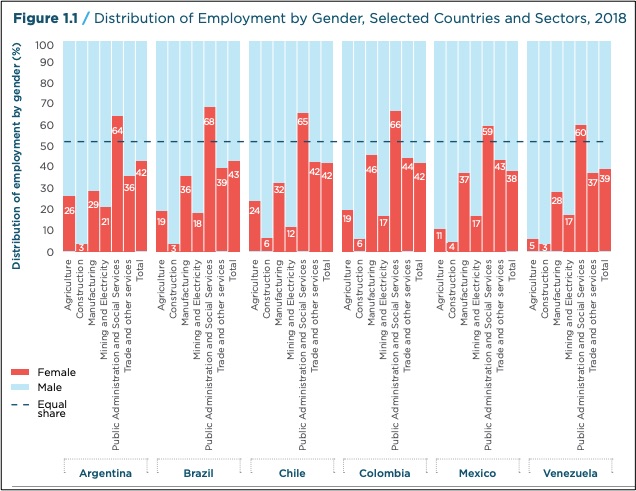 2. Correspondingly, the male-dominated sectors produce the most GHG and CO2 emissions.

More than half of the emissions come from agriculture, transportation, and electrical generation:

3. Even after reducing emissions, still, the leading sectors would retain male-dominance.

The big winners in the new economy would be plant-based agriculture and renewable energy: 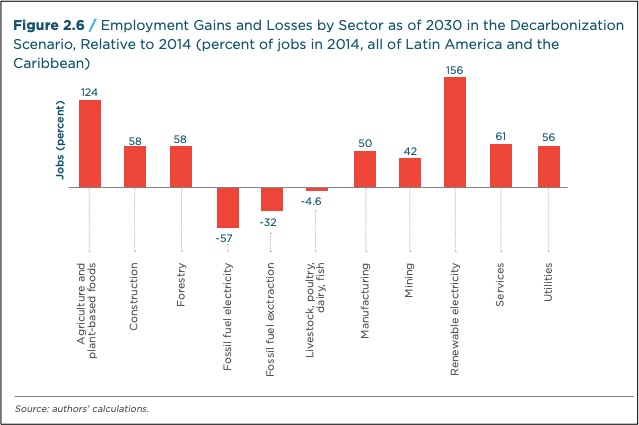 4. As it changed, agriculture would retain the leading occupations. 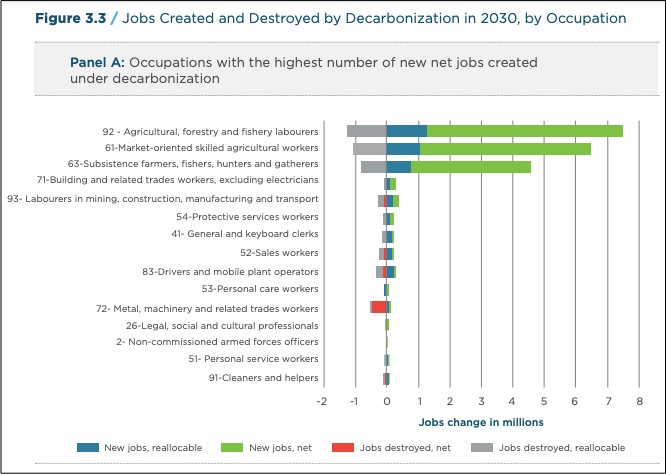 5. And, the gender imbalance could remain.

According to current projections, occupations with male dominance will add 18.5 million jobs and lose 6 million from decarbonization. Much smaller, for women, the gain will be 4 million jobs with 1.5 million jobs lost: 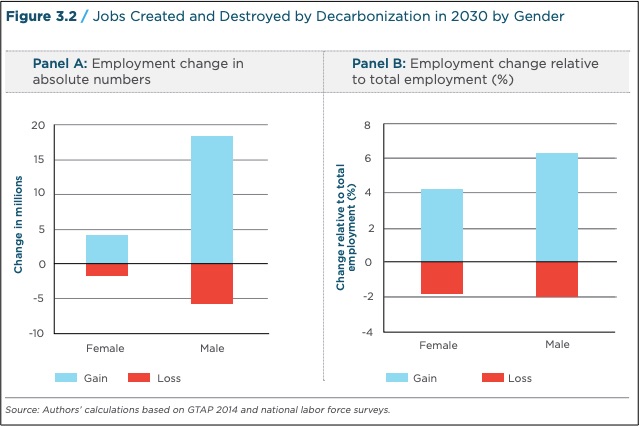 As economists, we know that labor markets determine the price and quantity of workers. According to the new ILO/IDB study, a zero-emissions transition could transform labor markets. But gender inequity might remain.

I know that all they suggest is conjecture (and somewhat unlikely). It will require that centuries of social norms and economic habits change. Male economic dominance was the one resounding message.

My sources and more: Generalities about a green transition frustrate me. For that reason, I appreciated the detail in this recent IDB/ILO report. Then, the World Economic Forum had a summary of the report that differed from my gender focus. I do suggest taking a look.

Our featured image is from the IDB/ILO report.

What If Cash Handouts Have No Strings Attached?

How Kenya's Avocados Could Harm Its Elephants