Sometimes an expensive violin and a pricey wine can be rather similar.

It might depend, though, on whether you wear a blindfold.

The Impact of a Price

The Sound of a Stradivarius

At a 2014 Sotheby’s auction, the sellers expected to sell a Stradivarius viola for $45 million. Their plans did not quite work out but the attempt reflected how people felt about the Stradivarius.

Approximately 650 of the violins crafted by Antonio Stradivari (1644-1737) remain today. Legendary for their sound, the violins could have a special kind of varnish or type of wood. No one is quite sure.

Now, they are not sure if they really sound better.

In a double blind test, the Stradivarius performed poorly. For the test, 13 elite musicians were given 13 contemporary instruments and nine Old Italians that included six Stradivariuses. Gradually whittling down the choice to 12, the musicians had to select their favorite four, and then to guess which was old and which was new.

While they could distinguish one violin from the other, age was a completely different issue. Focusing on “articulation, projection, and playability,” they tended to prefer the newer instruments. Though not unanimously chosen, the new violin labeled N5 was clearly a favorite.

In other tests, 55 listeners and then 82 had a similar task. And again, they selected the newer violins.

In the double blind test, musicians literally were sightless because of welder’s goggles: 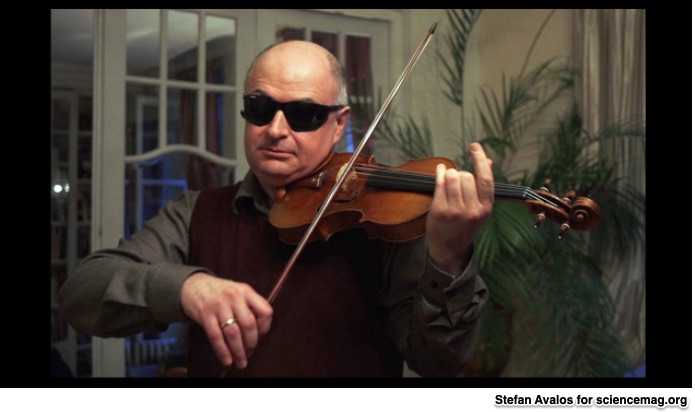 The Taste of a Fine Wine

Somewhat similarly, in a working paper for the AAWE (American Association of Wine Economists), a group of researchers asked, “Do More Expensive Wines Taste Better?” They concluded that it all depends on whether you are an expert.

Through 17 blind tastings with 6,175 observations, researchers asked participants to rate wines that cost somewhere between $1.65 and $150. Representing Bad, Okay, Good, or Great, participants’ answers ranged from 1 to 4.

The results? They differed between the non-experts and experts. For the non-experts, the less expensive wines were more frequently chosen as slightly better. For experts who had some wine training, the opposite was true. However, in another experiment,  when participants knew which wine was more expensive, they said it tasted better.

Confirmation bias is one of my favorite behavioral economic principles. Most simply, it predicts that what we believe beforehand will influence our opinion afterwards. In other words, we are just proving that we were correct. Assume for example that we explain why a stock would perform badly and then the company’s earnings surpass expectations. Because of our confirmation bias, we will say that the earnings surprise was an anomaly that will not continue. We still give the stock a sell rating.

The same is true for the sound of a Stradivarius violin and the taste of fine wine. Once we know the price of the instrument or the wine, we expect elevated quality. Then, because of confirmation bias, they really do sound and taste better.

Maybe though you can decide:

My sources and more: Yesterday’s WSJ article on a missing Stradivarius whetted my curiosity. It first took me to past auctions and then to sound tests, here and here. From there, I recalled a paper from the AAWE (American Association of Wine Economists) on taste tests.

The Macdonald Stradivarius in our featured image is from Bertrand Guay at kmfa.org.

Why the Same $600 Stimulus Check Is Really Different

What We Can Learn From Santa's Age