Why the Same $600 Stimulus Check Is Really Different

The stimulus checks soon to be sent by the U.S. government are identical for households with the same income threshold. But they are not really the same.

It all depends on where you live.

Last March, the Federal Reserve published “A Comparison of Living Standards Across the States of America.” Their metrics were cost of living, consumption, education, mortality, and inequality. As you might expect, many of the richer states do have a higher standard of living, but not necessarily.

You see where this is going. Quantifying the five components-six if you count consumption as goods and housing–the report wound up with a score for each state that lets us compare their 2015 stats.

Below I’ve excerpted the top 10 from a much more detailed table. Minnesota is ranked higher than the four richest states because its lower cost of living boosted its score: 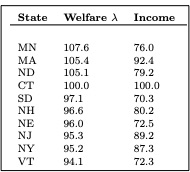 Mississippi has the lowest welfare level, primarily because of life expectancy (74.6 years). However, a low cost of living, lower housing prices, and more affordable everyday goods elevated its score–but not by enough to pull it out of the bottom. Somewhat similarly, Delaware (#27) and South Dakota (#5) have pretty equal per capita income. But South Dakota winds up far above Delaware when computing the five welfare component score. The reason? The cost of living is lower in South Dakota, inequality is less, and people live longer.

This is the bottom ten:

Reported on December 15, these are the most recent regional price parity statistics. Mississippi’s 84.4 places its price level approximately 16 percent below Florida and and Delaware: 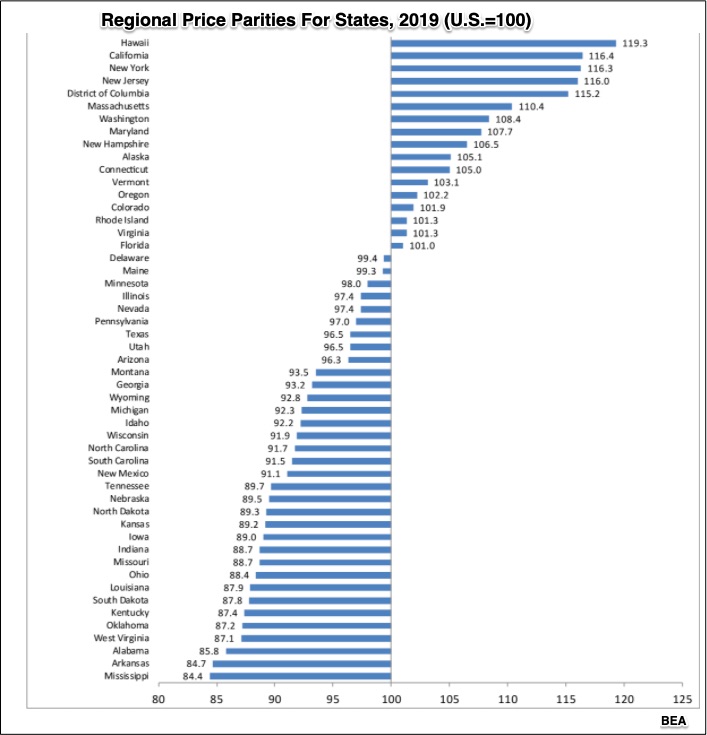 A $2,400 check sent to a family of four in Mississippi will go much further than one received by a Connecticut household. So yes, it all depends on where you live.

.My sources and more: Economists from the Federal Reserve in Washington, D.C.,  wrote the paper on state living standards. It became the perfect complement to the new stimulus package. Also, you might enjoy (as did I) looking at the detail in the BEA Regional Price Parity Report.