How Our Buying Behavior Has Changed

Where are we going? To consumer spending.

When COVID-19 lockdowns began, we behaved liked a massive storm was imminent. Comparing 2019 and 2020 during the week ending March 7, hand sanitizer sales were up 470 percent. Similarly, aerosol disinfectants sales skyrocketed.

Next we started to bake. By March 28, baking yeast sales had spiked. We also bought lots more spiral ham. Then, after eating ham, during Week 5, we realized (with some horror) that it was time to cut and dye our hair. 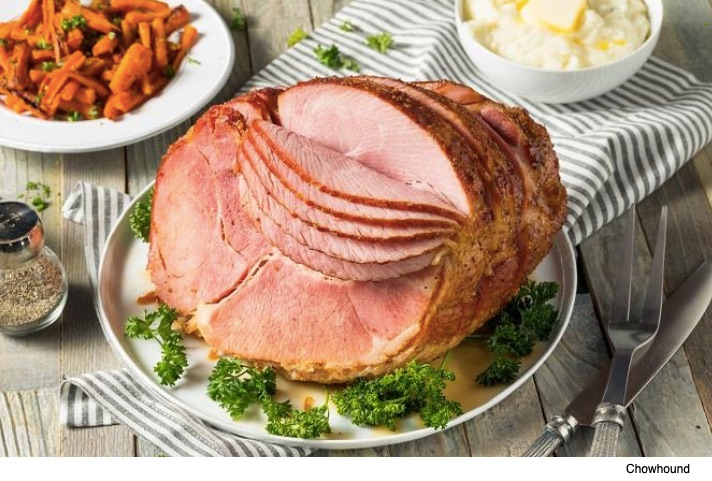 Overall, the picture looks somewhat different. Even where category spending was down, still there were some winners. 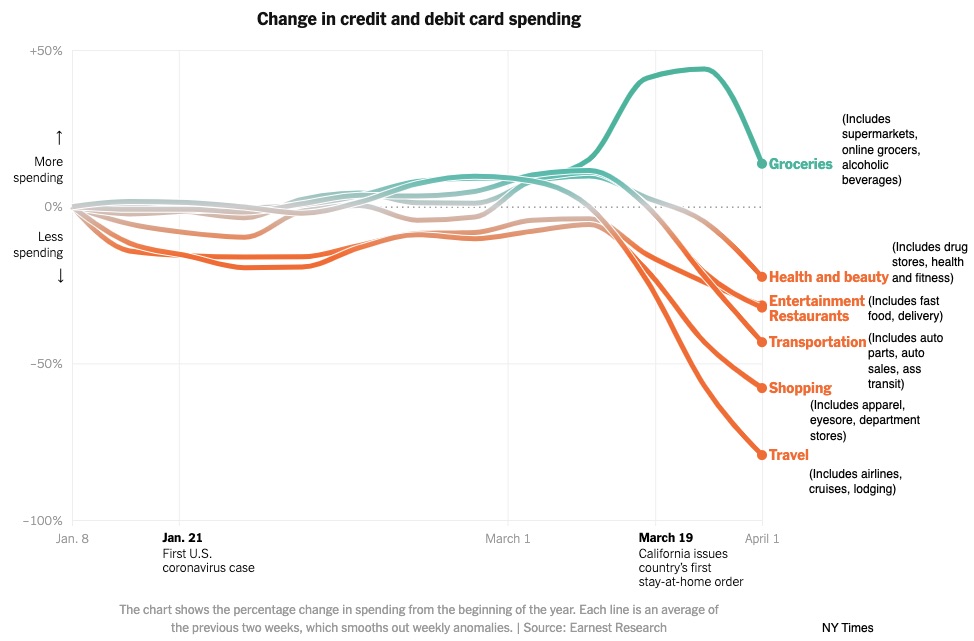 Starting with our rush to buy pasta and toilet paper, canned goods, and rice, grocery sales have been up–especially for online grocers:

Correspondingly, restaurant sales, except for takeout, is way down:

And media is mixed: 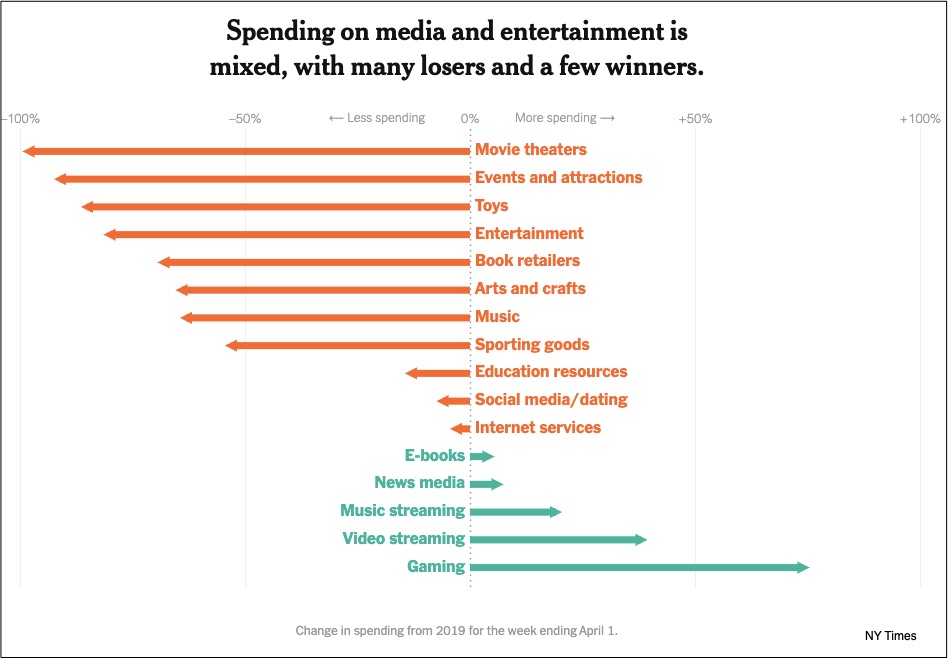 In addition, as you know, we’ve abandoned travel, brick and mortar stores. and even our normal healthcare expenses have shrunk.

Consumer spending had been fueling economic growth. At almost 70 percent of the GDP, you and I were creating far more economic activity than the other two major components: gross investment (mainly from businesses but also residential housing) and government.

The question now is what will happen to the consumer. While projections continue changing, all assume that short term consumer spending will be constrained by sky-high unemployment, the impact of social distancing on services, and a pandemic inspired incentive to save.

In its GDPNow numbers, the Atlanta Fed tells us that it avoids the lag in GDP reports by giving us a “nowcast” with current data. Below you can see the massive shrinking of the dark blue consumer spending bar: 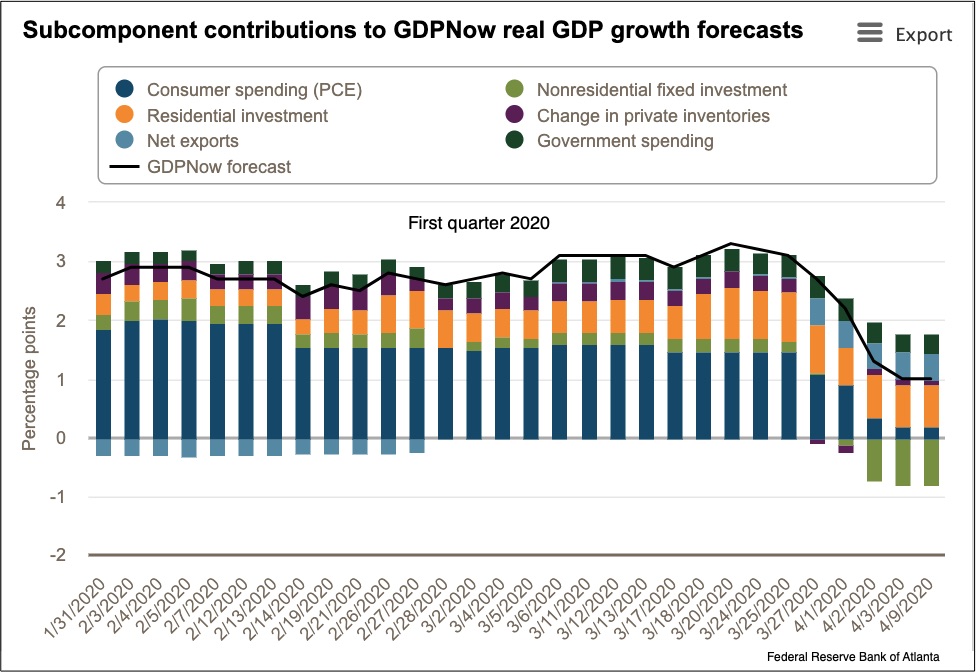 Moving from now to the future, Goldman Sachs projected in a revised estimate that unemployment will touch 15 percent with second quarter GDP down by 35 percent from the previous quarter (annualized). In their numbers, they had consumer spending way down but by the third quarter, they did expect a 19 percent rebound.

Several weeks ago, we asked which letter–a V, a U, an L, a W,  would describe the shape of the recovery. Instead, maybe it will be a Nike swoosh:

My sources and more: Happily, this NY Times article on spending complemented CNN’s focus. They provided a springboard for consumer spending projections in these reports from Deloitte, the Conference Board, and Goldman, Sachs. But if you want to know where we are at the moment, do look at the Atlanta Fed’s GDPNow. They have new numbers today.

Jaywalking and the Tradeoff Between Order and Openness

Why a Normal Recession Would Be Nice