How the Alphabet Will Describe the Next Recession

Most of us suspect that a recession has begun.

Asked to stay at home, consumers are buying less. Businesses have temporarily closed their doors. Employees aren’t going to work. It all adds up to the fundamental characteristic of a recession. We are producing fewer goods and services.

This takes us to the alphabet.

Do think “U,” “V,” “L.”  or “W.” Each can describe the slide into a recession and then the recovery that follows. The left side of each letter slopes downward. The difference is the right side. With a “U” you have declining goods and services production followed by a horizontal lull during which you remain in the contraction and then the line rises. A “V’ is very different. You go down and up. And with the “L,” you go down and stay there for awhile. The last possibility is the “W” that is called a double dip recession. After the contraction, the economy improves. But soon it immediately gets worse and then better for a second time. 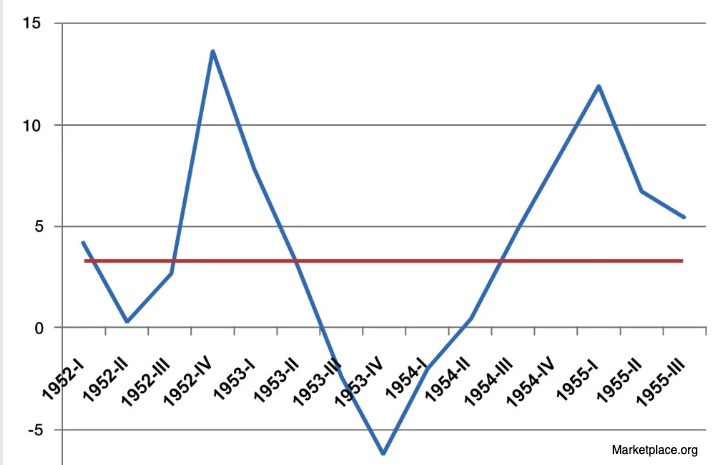 The National Bureau of Economic Research is responsible for telling us when we have experienced a recession. Many of us assume (including me) that they look at whether the GDP has declined for two successive quarters. They say though that there is much more.

In addition, NBER economists look for the following:

Which letter will describe what probably is the current recession?

My sources and more: The Economist looked at the recession letters as did Marketplace and CNBC. But for firsthand recession dates, the NBER website is perfect.

Please note that parts of “Our Bottom Line” were in a previous econlife post and our featured image is from Pixabay.

The Cash That We Stash During a Disaster

Coronavirus, a Baby Boom, and a Divorce Spike