Today’s crunch is about a possible potato shortage.

According to a former MythBuster reporter, there are 19 ingredients in a McDonald’s French fry. And one of them is a real potato.

So, let’s start by seeing how a potato becomes a McDonald’s French fry:

Unusually bad weather damaged or destroyed some of his year’s potato crop.

In Manitoba and Alberta, an October frost damaged the crop. As the second and third largest potato growing regions in Canada, the shortfall could impact the potato supply. Then, to make the situation worse, as Canada’s processing capability went up this year, potato demand also increased.  But, as the potato press points out, there could be enough potatoes from Canada’s eastern growing region for it to offset the shortfall.

At the same time though, growers in the U.S. were hit. Because of an early frost and snow, Idaho’s potato crop was down by five percent and unusually heavy rainfall in the Red River Valley eliminated some of Minnesota’s and North Dakota’s potato crop.

In the U.S., most potatoes are planted during May and harvested during September and October. As in the above video, these potatoes were covered by foliage (and perhaps snow) before they were picked: 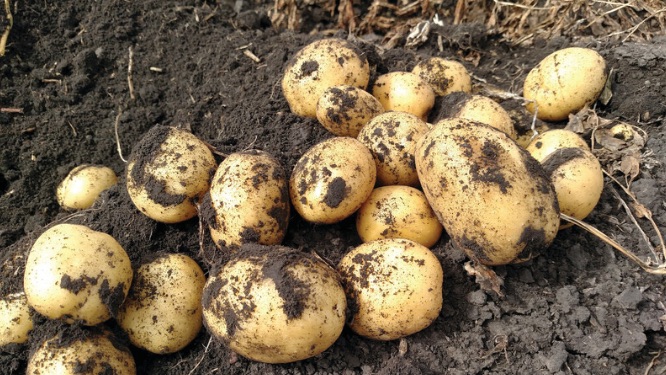 With potato production down in the major growing states (my arrows, below), it makes sense that the U.S. supply shrunk by 6.1 percent this year: 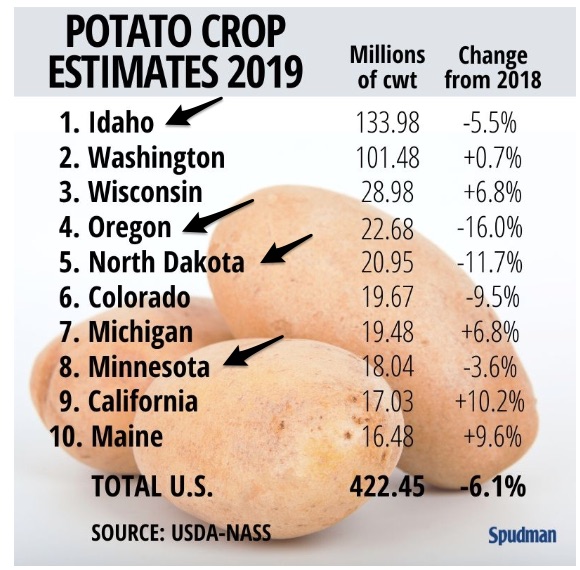 You can see the rise in potato prices: 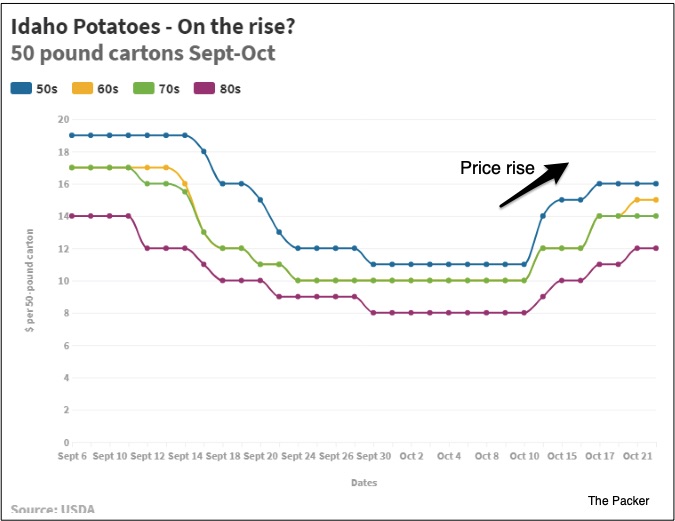 But still, not everyone will pay more because the larger fast food chains signed contracts for their potatoes long before the snow hit and the rain started to fall. However, it’s possible that they could have a French fry crunch.

My sources and more: Sometimes listening to Bloomberg radio comes in handy, especially when they alert you to a French fry shortage. For more, CNN added to the facts as did NPR.  But the industry news from the Packer seemed most accurate.