Why Your Inflation Rate is Different From Mine

The price for a lost tooth recently plunged by $.43 to $3.70. However, in some households the tooth fairy left more than $5.00, especially if it was the first lost tooth.

At the same time, the Consumer Price Index followed a different trajectory. Whereas lost tooth prices went up and down, the CPI tells us that the U.S. price level pretty consistently increased. Yes, the inflation rate went up and down, but it remained above zero for most of the past decade: 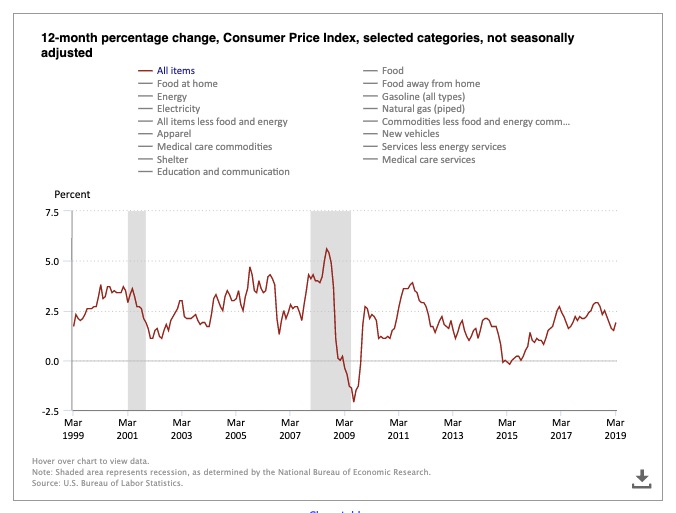 Where are we going? To how, like the tooth fairy, household spending might not reflect the CPI.

As a yardstick of price stability, the Consumer Price Index is an average number that is based on a market basket of goods and services. At regular intervals, CPI representatives check actual prices. They follow one kind of grapefruit or a gallon of gasoline to see how its price has fluctuated in one place. They look at car prices and apartment rentals.Then, through a formula that takes account of the large and small items, they calculate the change in prices. Most of us pay attention to what they say for the month and for the past 12 months.

You can see some of what they look at: 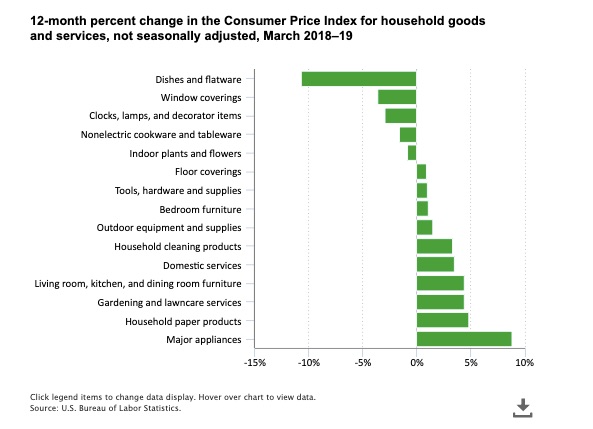 Just think Goldilocks. Close to 2%, the CPI is not too high, not too low, but just right: 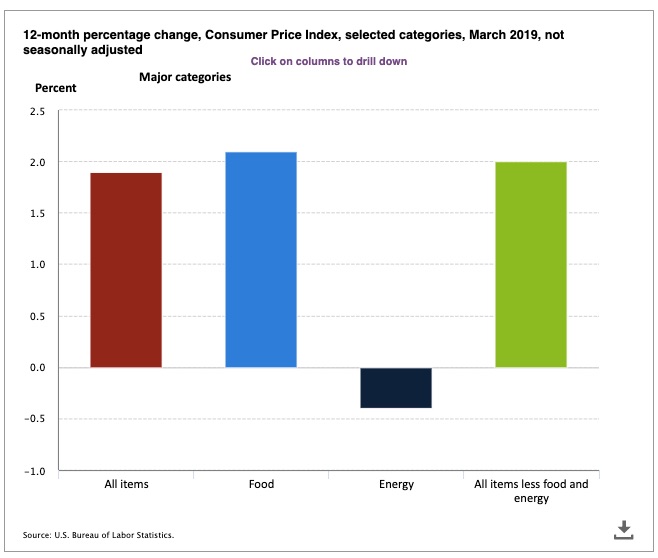 All households don’t necessarily buy the same goods and services, and when they do, the prices vary. As a result, many of us experience different rates of inflation. Those rates of inflation are typically higher for households with a lower income and a less-educated head. The elderly and those who live in the South also tend to see more of a price increase over time. A household with two adults and two children has a higher inflation rate than one that has only a single adult.

Using purchasing data (that excluded gasoline, healthcare and education) from 2004 to 2013, researchers found that households whose income was less than $20,000 had a cumulative inflation rate of 33%. However, for households whose income exceeded $100,000, the total price hike was 25%. They also observed that two-thirds of that disparity came from different prices for the same goods. Meanwhile, the remaining one-third came from different shopping bundles.

Our Bottom Line: Why These Different Inflation Rates Matter

We might have a disconnect. Yes, there is a 2% inflation rate but the reality is somewhat different for individual households. As a result, when the Federal Reserve considers price stability, it surely is looking at more than the averages. It also might be considering income inequality. After all, if lower income households are subject to more inflation than those that earn more, we have a growing gap in purchasing power. And that gap could be creating more income inequality if the less affluent have a larger drop in what they can buy than those with more.

So, where are we? Like the different prices the tooth fairy pays for a child’s lost tooth, household spending might not connect to the CPI.

My sources and more: You might want to look at this paper for more detail on household inflation and go to the BLS site for their data. Or, for some fun, do just go to Delta Dental’s tooth fairy survey.

What Chipotle Says About Its Avocados