The Economic Side of Legal Marijuana

During 2016, Massachusetts voted for legal marijuana. That “yes” was only the beginning. There were lots of other decisions… 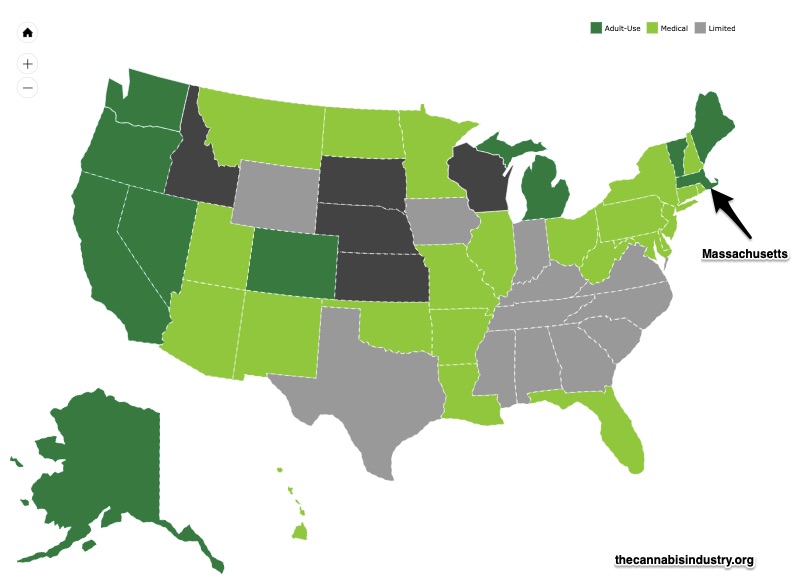 And many related to economics.

This summer, Nantucket’s Green Lady Dispensary will sell recreational marijuana. On their website, they tell us that they are “home to a … cultivation facility, an extraction lab, and a commercial kitchen.” Nantucket bred, one strain is called Moby Dick.

Nantucket is a part of the state of Massachusetts where pot is legal. However, to get to Nantucket you have to cross federally controlled air space or water. You cannot carry cannabis to or from Nantucket on jetBlue or Cape Air, or the Steamship Authority because cannabis possession is a federal crime.

Consequently, Green Lady and all other pot establishments have to be vertically integrated. Performing every step of the production and distribution process, they need to do it all. Somewhat similar to John D. Rockefeller’s Standard Oil, they too cultivate, extract, process and sell.

Still though, state legislators wanted to prevent large businesses from dominating the market. So they said that the same individual or group cannot own more than three licenses or shops. Their goal was monopolistic competition, not oligopoly.

As we move toward oligopoly on a market structure continuum, firms get larger and have more pricing power:

Like Goldilocks and the Three Bears, Massachusetts had to decide a tax rate that was just right. They surely knew that California’s tax revenue was much less than it expected because tax rates were too high. And they soon realized that the 3.75% rate they had initially approved was too low. So they wound up with 10.75%. Add that to a state sales tax of 6.25% and you get a 17% marijuana tax.

Here the state should recognize consumers’ price elasticity. When we have a large reaction to a relatively small price rise or fall, then we have elastic demand. It stretches or contracts in response to a new price. With too high a tax, elasticity kicks in. Consumers go to a substitute (the black market?) instead of spending the money.

With an elastic demand curve, quantity is responsive to a high price. However, for inelasticity, the price can be low or high and quantity demanded is more constant: 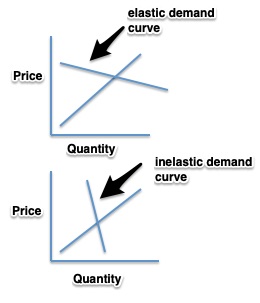 Marijuana remains a Schedule 1 federally controlled substance, Although certain states have legalized pot, the federal government says it is illegal. The problem for Massachusetts is banking. Since the federal banking authorities could seize any marijuana related banking business, most banks refuse to deal with the industry. With few financial intermediaries. cash is king as are guards and armored vehicles.

But there is hope that the Congress will pass SAFE. Called the Secure and Fair Enforcement Banking Act of 2019, SAFE says a bank cannot be punished for providing services to the marijuana industry.

My sources and more: The Boston newspapers and websites had the facts about Massachusetts marijuana legalization. But for a firsthand look at a new marijuana business do go to The Green Lady Dispensary.

Do You Live Where You Should Sleep More?