The Two Sides of a Pilot’s Decisions

When sitting in one of the hundreds of seats in an Airbus A380, passengers could be thinking about their destination. What they do not see, however, is the pilots’ behind-the-scenes work that ensures a safe flight.

Deciding to abort a takeoff or retry a landing can seem like a no-brainer. But it’s not. On the ground, in the air, and when landing, pilots have to balance two imaginary columns of trade-offs in their head. The choices pilots make are not as simple as they may seem.

On the runway, the pilot makes many decisions. The most important decision is whether to continue or abort a takeoff if there are indications of engine strain or failure.

The pilot of a small aircraft has approximately 15 seconds to weigh benefits and costs before deciding to abort. Pilots would rather be safe than sorry by preventing the possibility of a crash. But then they will forego reaching their destination on time and satisfying their passengers. 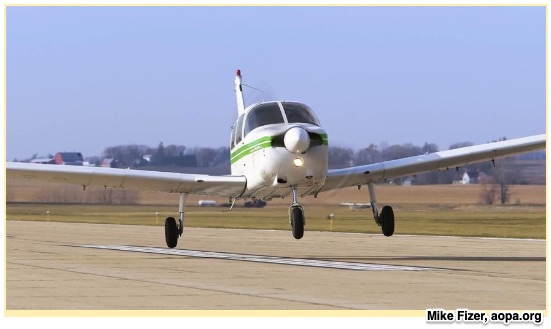 A recent example is that of a C-54 Spirit of Freedom airplane departing the 2018 Wings and Wheels Airshow. One of its four engines was spewing dark gray smoke that indicated its oil was burning too quickly. Spectating pilots looked on nervously as the C-54 roared down the runway trailing a column of smoke. Deciding to take off, the pilots used their knowledge of the aircraft to gauge the opportunity cost of their decision.

During flight, a pilot’s choices continue to multiply. Ensuring safety in flight is as important as during take-off. However, the opportunity cost of each decision in the air is heavier because of the increased danger of emergencies at altitudes starting as low as 1,000 feet above ground level. This makes the pilots’ decision-making even more difficult.

Choosing whether or not to continuously check for traffic, for example, is not as simple as it seems. The benefits of a lowered risk of collision and not disrupting the airspace may be straightforward until examining what the pilot has to do. Visually scanning for nearby aircraft is very difficult, especially since the bodies of many general aviation aircraft are mostly white. Pilots must, therefore, use an iPad to electronically scan for passing airplanes. 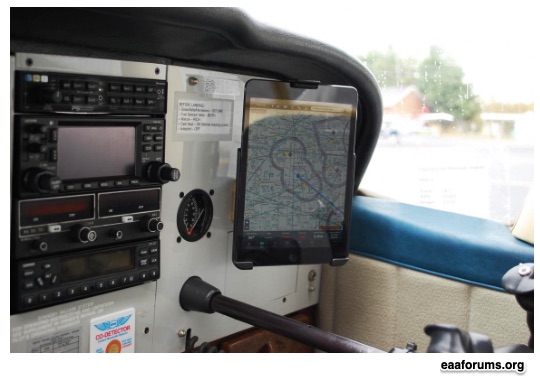 Very similar to driving while texting, glancing at the traffic iPad divides a pilot’s attention between controlling the aircraft and looking at the screen. Not checking for traffic lets the pilot focus on flying and the instrument readings.

Considering weather also requires many choices. Take the case of a crash in Wisconsin. The pilot was flying from Indiana to Michigan to Minnesota. He obtained weather briefings for the course of his flight that included a warning for icing below 15,000 feet above ground level. During this flight, the pilot believed that they could avoid the ice by climbing to 10,000 feet above ground level. After noticing icing on the wings, the pilot started a steep descent to reach warmer temperatures and melt the ice. He did not request a vector to the nearest airport, did not declare an emergency, and tried to continue the flight even though they were experiencing icing.

No one in the plane survived the crash.

An outside perspective makes it sound reasonable that the pilot was impulsive, cocky, and lacked good judgement. However, his decisions involved a trade-off that made it less simple than it may seem. Thinking of a tray of ice cubes that melts slowly, the pilot may have concluded that the wing icing would not immediately affect his flight. He was also very likely fighting against external influences such as time, a predetermined schedule, and more. He noted the trade-offs of aborting the flight and considered them worse than continuing to fly.

When landing, a pilot is faced with more choices. A pilot could attempt a difficult landing or, in the traffic pattern, could do a fly over the runway and then return to do it again.

Non-pilots could wonder why a pilot would choose to navigate the entire traffic pattern again. The answer is that going around also carries significant benefits. Endeavoring to make the landing has the opportunity cost of saving time and eliminating the hassle of repeating the traffic pattern. It also can give pilots’ reputation a boost because “sticking the landing” can be a notch in their belt. Going around, though, leads to less risk of running out of runway and damaging the wheels on a rough landing.

I myself recently experienced this. I came in too fast on a landing and bounced up when I hit the runway. In a split second, I had to decide whether to let the plane drop back down for a rough touchdown or push the throttle in and go around. I chose the latter, which most likely saved the landing gear some wear and tear. However, it did mean having to redo the entire traffic pattern. This is demonstrative of how landing decisions are not always easy tasks, especially when under stressful time constraints. 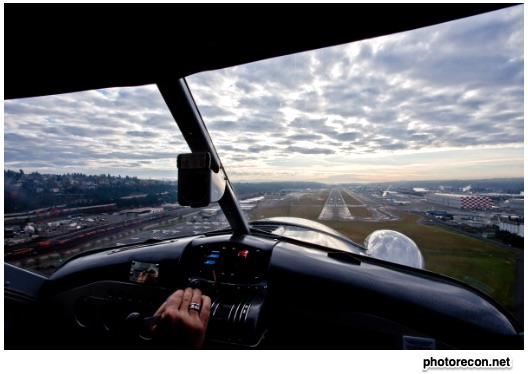 A pilot’s decisions during takeoff, flight, and landing are surprisingly economic because every decision has a sacrificed alternative– a “cost.”

In a pilot’s head, each choice is put into a trade-off grid. There is no obvious right or wrong answer since both sides have costs. However, the consequences of those decisions are crucial.

Returning to the Airbus A380 that we started with, passengers on an airline flight do not always consider what goes on in the cockpit. Unbeknownst to them, multiple costs are weighed throughout the flight to ensure their safety. 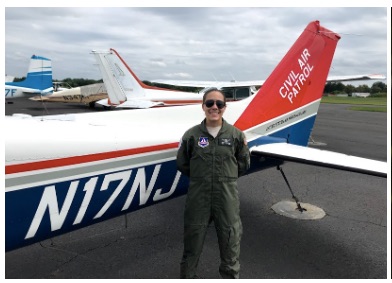 Kiana McQuade hopes to attend the United States Air Force Academy in Colorado and is a cadet and pilot in the Civil Air Patrol. She has completed cadet basic training at McGuire Air Force Base and was one of eleven cadets selected statewide to receive flight training at Lakehurst Naval Air Station.

Our featured image is from flyingmag.com, Jim Koepnick.