In all of his royal castles, Sweden’s King Carl Gustaf XVI turned the lights off for an hour during 2008. His goal was to save energy.

The King was just setting an example. After passing its carbon tax in 1991, Sweden substantially cut emissions.

For the environment, Sweden has always been ahead of the curve. In 1967, it established the first EPA. Sweden’s cities have air pollution levels that are half the EU average. In each of its 290 municipalities, Sweden even has an energy advisor who tells people how to conserve.

What really made a difference though was their 1991 carbon tax. The tax helped to cut emissions by 9% from 1990 to 2006. You can see that the trend has continued. Not only did emissions fall, but also economic growth went up: 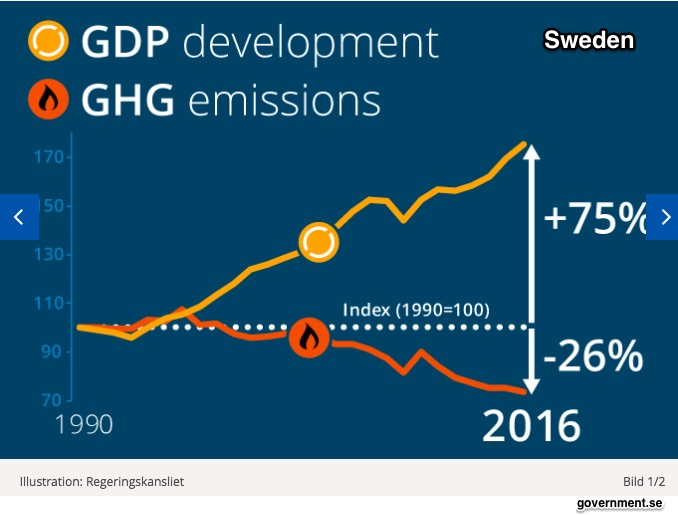 Sweden’s carbon tax targets motor and heating fuels. Paid by importers, distributors and large consumers, it is simple to collect. It also was easy to implement because of existing revenue collection systems. They measured carbon content because it would have been tougher to calculate carbon emissions. And, it had three clear goals:

A gradual increase in carbon tax rates provided the time to adjust and (reputedly) minimized political opposition. Although the tax generates considerable revenue, it’s not earmarked. However, government funds are available to subsidize municipal and industrial initiatives. One example was using more bioenergy. That could involve switching heating systems from coal and oil to waste from forests.  Some municipalities are even running buses with biogas from the entrails of slaughtered cows.

You are probably wondering (as did I) how much the consumer pays. At the gas pump, the carbon tax is 19% of the price. However, adding a 25% energy tax and a 20% sales tax you get a whopping tax bite: 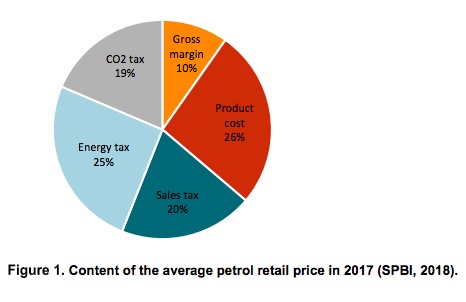 First described by British economist Arthur Pigou, a tax levied on a good or service that creates a negative externality has a dual benefit. Pigovian taxes diminish how much we use the commodity that harms us while raising revenue that a community can use productively. 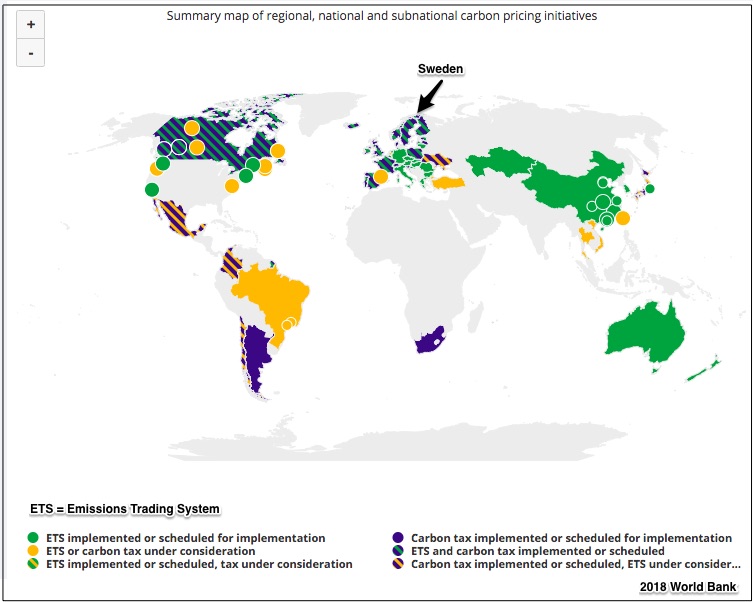 In the U.S., carbon emissions surged an estimated 3.4% during 2018. Here, though, only economists seem to love Pigovian taxes.

My sources and more: Having seen the 2018 rise in U.S. emissions, I returned to the Planet Money podcast with a single page solution. They led me to Sweden, a Guardian summary, this Swedish government report and an Anthesis Enveco study. But if you really want to see how Sweden did it, do go to their slide show. Finally, for the big picture, the World Bank has a carbon tax dashboard.

Six Facts: What You Always Wanted To Know About Coffee

The New Tech We Cannot Resist