The New Tech We Cannot Resist

This week, those of us who were in Las Vegas saw the most amazing array of new tech. Not having gone, I am depending on all of the reports I read to select my three favorites.

Please let me know if you agree.

Called the coolest thing since sliced bread, the BreadBot makes freshly baked “artisanal” bread from start to finish. After a 90-minute prep stage, the device can spit out a loaf of bread every 6 minutes. Since you wind up with 235 loaves in 24 hours, it’s not for most households. Instead, I hope my supermarket buys a BreadBot.

I suspect I can just open the door to get a loaf: 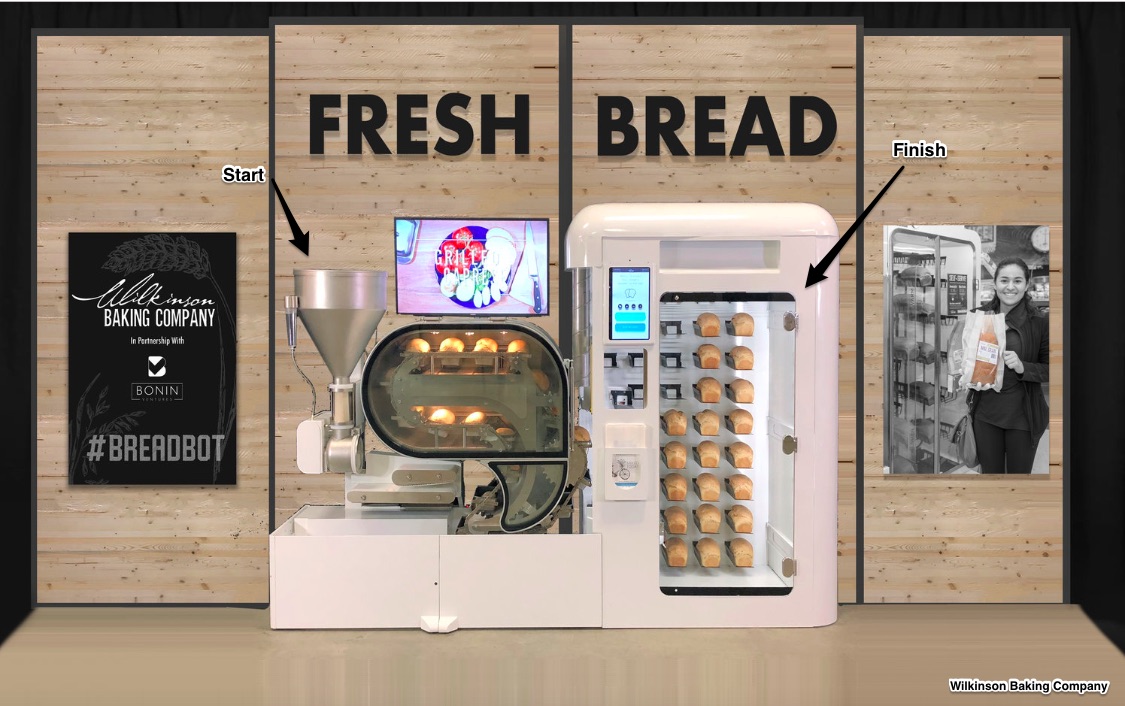 Seventeen years-old and somewhat elderly, my cat Scarlet deserves the best litter device I can buy. The LavvieBot is my choice because it auto cleans, auto refills, and looks like a washing machine. Except for removing a plastic bag, there is little for you to do. And their app sends you a text every time your cat poops!

If your cat cannot reach the opening, they also sell a set of steps: 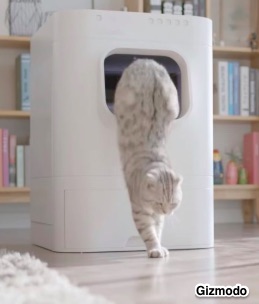 Imagine pushing a button on a long and low box. Out rolls a 65-inch TV. Described by LG, its OLED (organic light-emitting diode) screen is made from a bendable plastic that can unroll 50,000 times. The image quality also sounds phenomenal.

How nice that a huge screen no longer dominates a room unless you are using it: 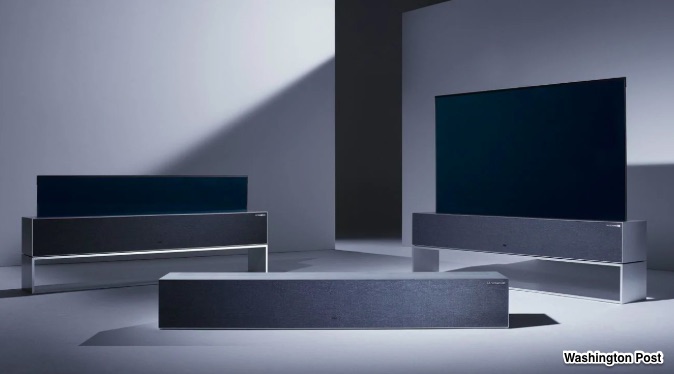 As economists, we can illustrate the boost from new technology with a production possibilities frontier. The frontier is the curve that shows the maximum amount that a society’s land, labor, and capital can produce. The only way to move that curve to the right is through some change. We need extra land that had not existed before as with the Louisiana Purchase. We could access more labor through immigration. Or, we can develop new technology.

The curve moves to the right because of new land, labor, or capital: 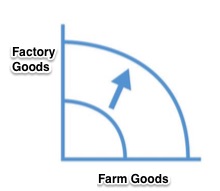 And yes, even a better cat litter box could expand our country’s potential output.

My sources and more: For more about the BreadBot, Food & Wine tells the story. As for CES 2019, there are many write-ups. I particularly liked WSJ‘s video, The Washington Post, and CNET.