Why Japan’s Population is Shrinking

We last looked at Japan’s Doomsday Clock in 2016. At that time researchers estimated a population of 15.84 million children (0-14 years old). Yesterday, they reduced that number to 15.40 million. And, if their 37-year downward trend continues, by 3547, Japan will have just one child:

Where are we going? To Japan’s old and young.

The Aging Side of Japan’s Demographics

People are living longer. According to the World Health Organization, the average Japanese man can expect to live to 81.1 while for women, it’s 87.1. Also high, the median age in Japan is just over 47 years old.

Correspondingly, with a whopping 28.1% of the Japanese population having surpassed 65, more people expect to live to 100. During the third Monday in September on Respect for the Aged Day, the Prime Minister sends a congratulatory letter and a commemorative sake cup to every 100+ year-old. He used to send a real silver plate but there were so many recipients that it got too expensive. This year the total was close to 70,000.

The Baby Side of Japan’s Demographics

Japan’s replacement fertility rate is 1.41, much lower than the 2.2 children per woman that maintains a population.

Below, you can see the trend: 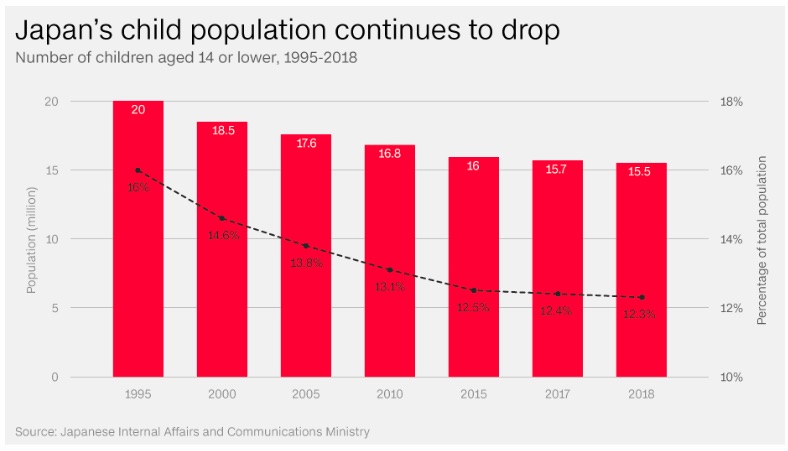 And the result is that deaths exceed births: 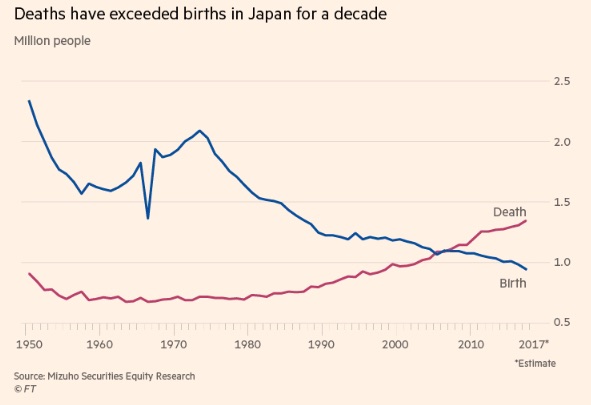 More deaths, fewer births, and almost no immigration mean that Japan has a shrinking population. Rather uniquely, the World Economic Forum showed us by how much: 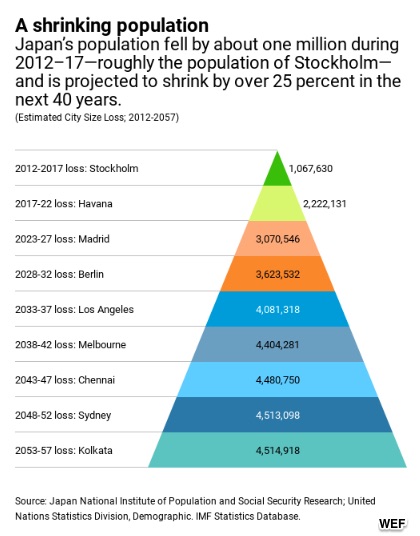 When we combine fewer babies and more aged with a shrinking population, we wind up with an alarming age dependency ratio. Defined as the fraction that compares the number of workers to the elderly population (64+), Japan’s dependency ratio in 2025 will probably plunge to nearly two workers for every single aged individual: 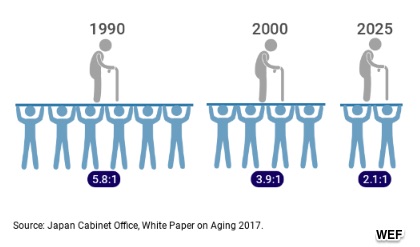 And finally, no matter where you look, Japan is near the top of the aging list: 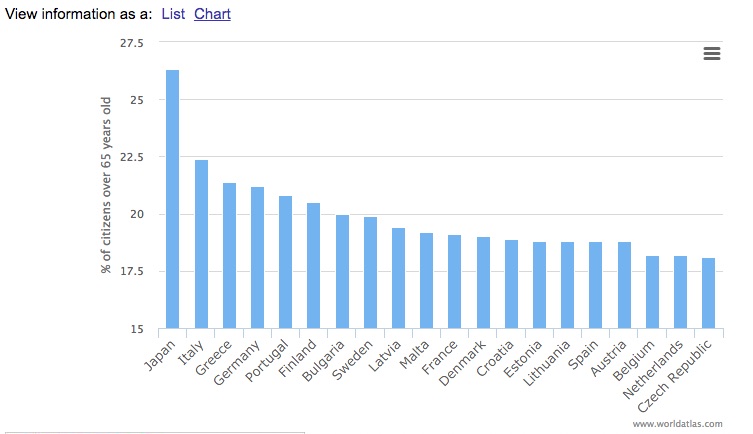 My sources and more: It is always interesting to return to the translated data from Japan’s Tohoku. From there, CNN, Quartz, and Japan Times had more statistics. After that, for some elderly driving stories, the NY Times was especially interesting while FT had the analysis.

A Closer Look at Apple in China