Yes, Paul Romer and William Nordhaus just won the 2018 Nobel Economics Prize. But it is not quite the same as the other Nobel awards.

Today, some facts that we rarely hear about Nobel Prize winners.

Alfred Nobel never endowed a Nobel Prize in economics. More than 70 years after the original Nobels were created, Sweden’s Central Bank commemorated its 300th anniversary with a fund that established The Sveriges Riksbank Prize in Economic Sciences in Memory of Alfred Nobel. Although it is managed just like the other Nobel Prizes, the money instead comes from the Bank. In 1969, Jan Tinbergen and Ragnar Frish were the first recipients.

A Call From Adam Smith

Rather remarkably, the former editor-in-chief of nobelprize.org was Adam Smith. As the person who notified the winners in an early morning call, he sometimes had to let them know he was for real.

Excerpt from the 2006 call to Edmund Phelps: 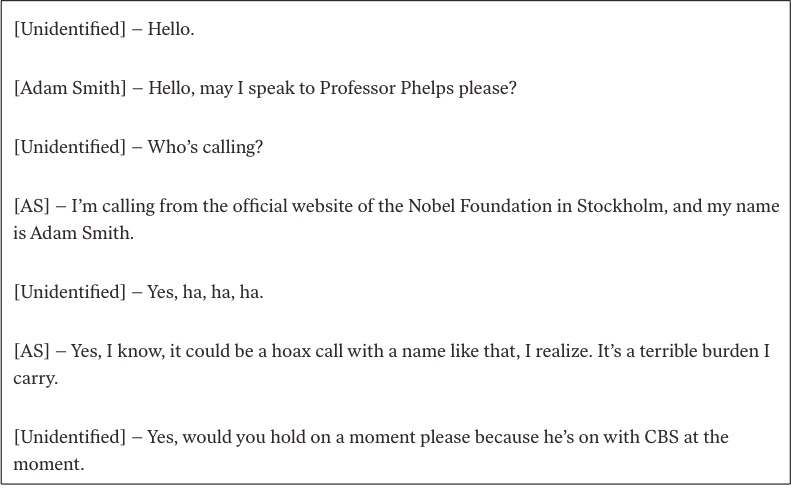 Nobel Laureate Robert Lucas’s former wife perfectly timed her divorce settlement. She included a clause that said she got half of any Nobel Prize he received before October 31, 1995. Because he won the 1995 Economic Prize during October, it was just in the nick of time for her to get $500,000.

If you teach at Duke and win a Nobel Prize, you get a parking space. The school decided that anyone who is honored by so auspicious an award deserves a spot right outside his or her office. Similarly, Brown, USC, and Northwestern offer the same perk, 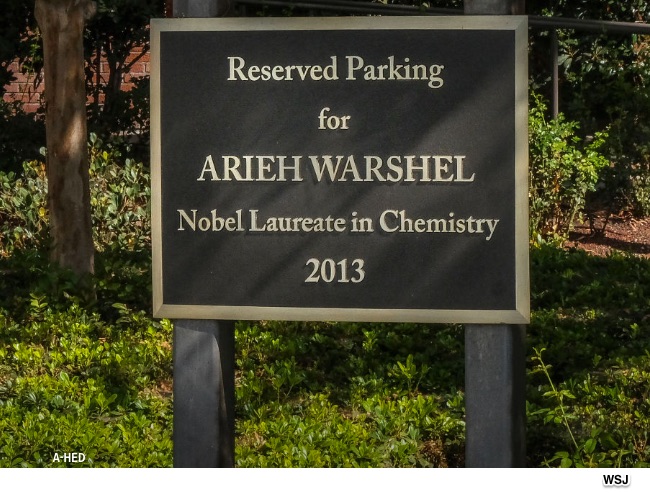 As economists, we can always say we are thinking at the margin. Defined as the line where something extra starts, the margin is where more was added to Nobel Prizes.

But this year, probably not a parking space. It appears that neither Yale (Dr. Nordhaus) nor NYU (Dr. Romer) offer parking spaces to their Nobel Laureates.

My sources and more: For Nobel “trivia,” I thank WSJ for yesterday’s article on the parking spots. From there I recommend this Brookings report with other unknown Nobel facts.