The average Nobel laureate received his award at 59.7 years. (Sadly, yes it is his award. 847 went to men; 51 to women from 1901-2017.). So his most creative years must have been before then? Probably but not necessarily.

It is possible that our leading scientists peak near 40. The reason could be the time it takes to learn what you need to know: 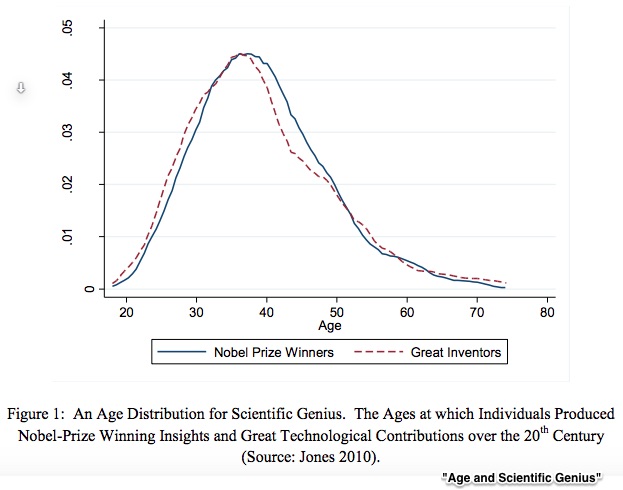 People in the arts also seem to have that early midlife peak. One researcher said it was when you’ve lived 62% of your life: 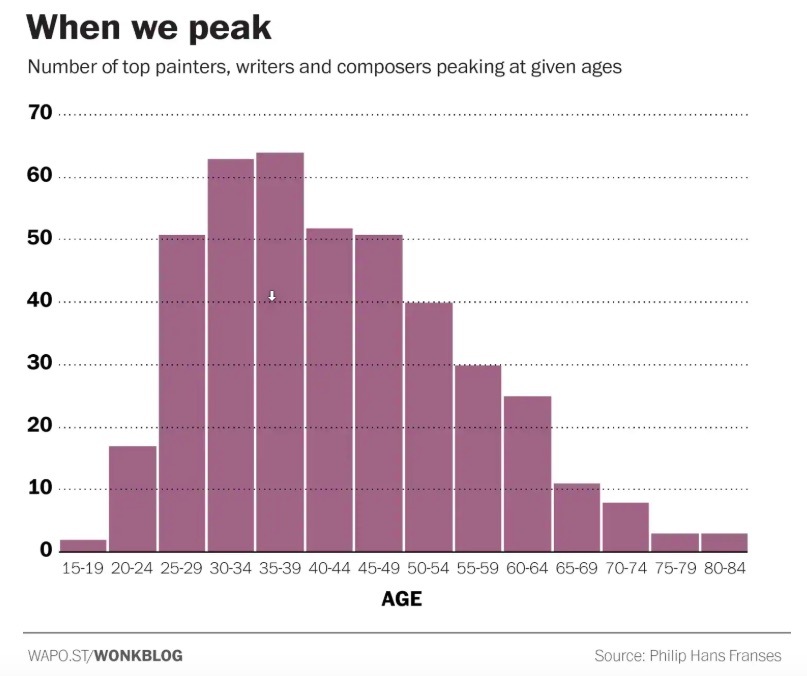 However, in addition to age, there are other ways to slice the data. There is a divide between discoveries that are more or less abstract. The abstract breakthroughs come at an earlier age, perhaps because more experience is necessary for the “experimentalists.” The data comparing the two, below, came from Nobel laureates: 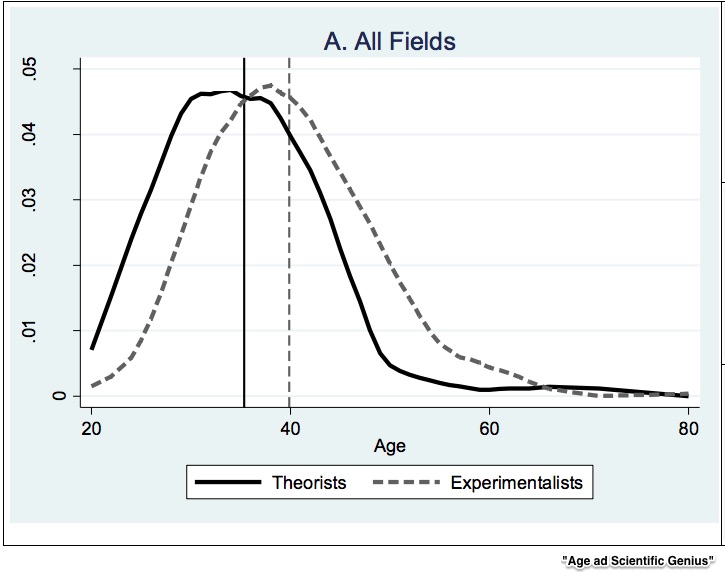 We can also use time to assess our facts. Then we would find we are getting older. Comparing the beginning and end of the 20th century, we have to add six years to the average age of a distinctive achievement: 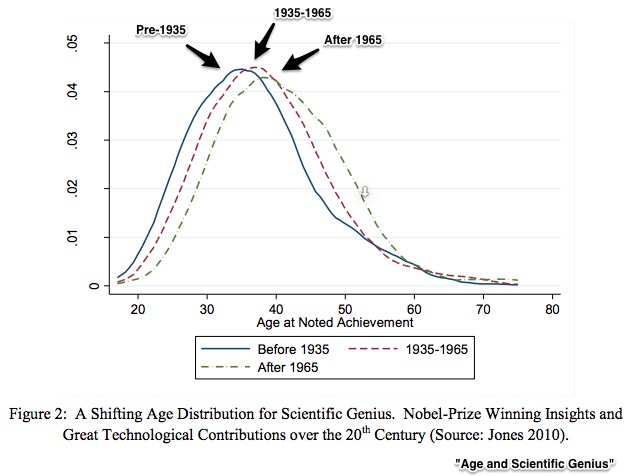 Our common threat here is human capital. Whether looking at science or the arts, at Albert Einstein at 26 or Clint Eastwood at 84, we have people who are adding to their store of learning. And when they do, they have increased their human capital.

A second thread is a host of questions. The researchers really do not agree. The fact that the young are most creative has been challenged as well as peak creativity data for each discipline. And we have a host of other variables to consider that include funding, institutional biases and family responsibilities.

I even would ask if we have to judge peak creativity as we do business cycle data. We can never be sure until the (life) cycle ends. So too with all of us.

Let’s just conclude by saying we have young geniuses and old masters…and all of us might still look forward to our creative peak…or we could figure out if we are at that 62% point.

My sources and more: For the data and the disagreement, I recommend this 2016 paper this one that disagrees, and this article. However, if you just want a good read, the Washington Post Wonkblog had it.