An Inside Look at the iPhone

For those of us who believe world trade–even with all of its problems– is beneficial, the inside of the iPhone is the perfect example. 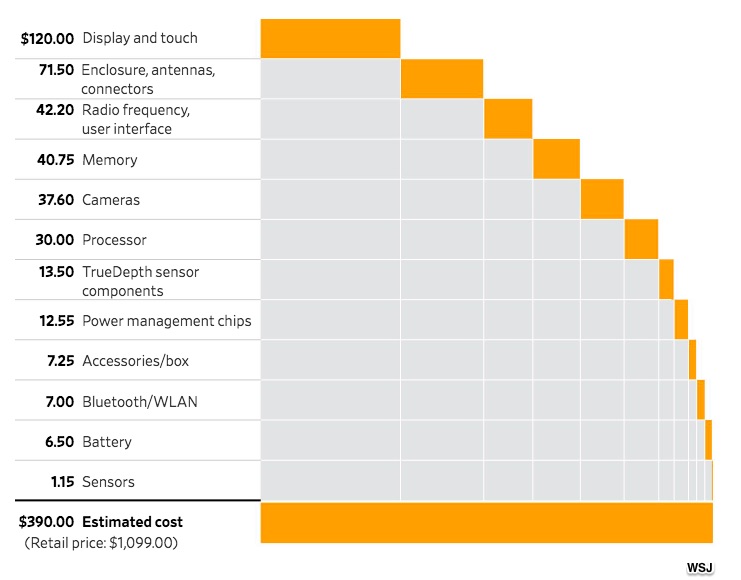 When the Wall Street Journal went inside the XS Max iPhone, they reminded us that Apple does the designing and selling.

But, in between the beginning and the end, we can insert firms that include Samsung, LG, Toshiba, Cirrus Logic, Intel, Sunwoda, Broadcom, NXP, and ST Microelectronics. We can name the components they make like the 6.5 inch displays for the screen, the earpieces, proximity sensors, cameras, optical zooms, dot projectors, flash memories, audio codec converters, power circuits, bionic chips, charging modules, the logic board, the audio.

And we can follow what has been estimated as a 500,000 mile journey when we add together the distance traveled by all of the components. For the iPhone 6 we would have been looking at two dozen primary suppliers, at three continents, and at two islands, However, we are really talking about parts “hopscotching” among a long list of manufacturing locations. Samsung alone has more than 80 sites, Toshiba, 50, and NXP, 35. Lastly, before the phone winds up in a store near us, a Chinese Foxconn plant probably does the FATP “final assembly, testing, and packaging.”

Still relevant, this iPhone 6 map is a handy way to imagine the journey: 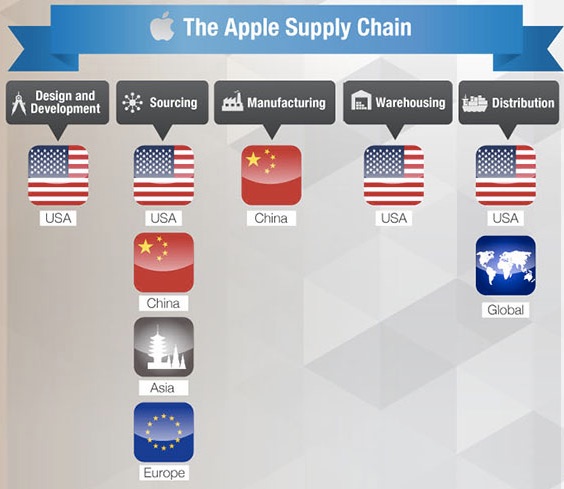 Long ago we said that the iPhone was like a pencil. Described in a classic essay called “I, Pencil” by Leonard Read, we saw that the two are similar because their assembly depends on the cooperation of people in different countries who rarely know each other. The only reason they join in a complex supply chain is the price. The money each producer receives is the incentive to participate.

And that is the wonder of a global market when it functions successfully.

My sources and more: WSJ had the perfect look at the newest iPhones while Lifewire had the factory location facts and Wired, the 500,000 mile journey. But if you want more, I recommend this Businessinsider story about the Foxconn plant and Motherboard with a fascinating periodic table for the iPhone’s rare earth minerals.

Our featured image was from Engadget.

How Uber Should Apologize for a Delay