My favorite snack, Harvest Snaps are baked green pea crisps. Compared to potato chips, they have much less fat and salt. In my supermarket, they are located at the end of the produce aisle. 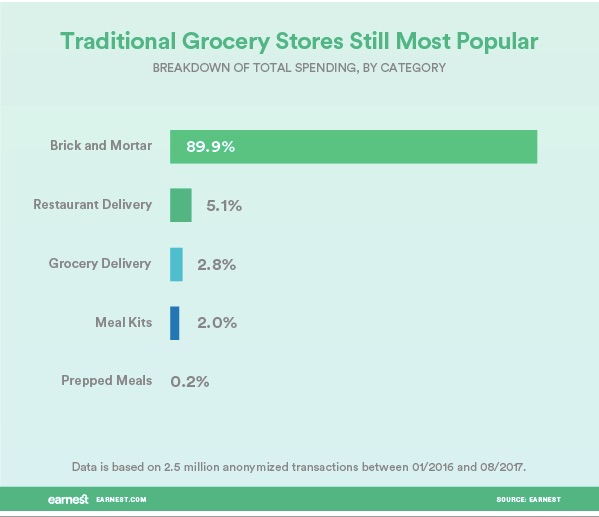 And those stores are primarily supermarkets:

But at supermarkets, shoppers have changed:

The perimeter supermarket shopper has become increasingly typical. Grabbing their bread, their milk, produce, and fresh food, perimeter shoppers are the people looking for the fresh food. As a result, packaged food sales are shrinking.

Looking for healthier food, many shoppers care about the following: 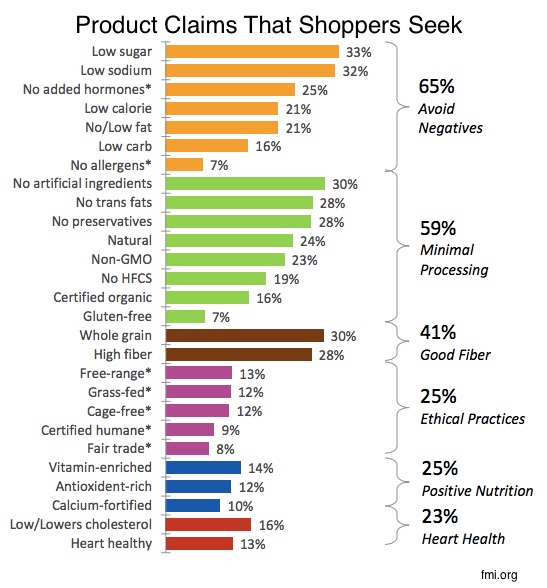 To all of this we can add the online shopper. Confirming what we already know, a recent Food Marketing Institute report says we are buying more of our food online. However, the numbers are still small: 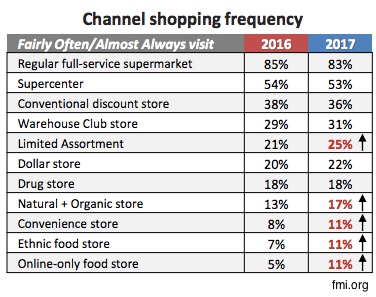 I would like to return to my Harvest Snaps. Saying I wondered why they were located at the end of the produce aisle, now I have an answer.

My connection? At a local supermarket, I was a perimeter shopper in the produce aisle buying (what appeared to be) a healthy snack because of clever product placement.  My decision–and those of other typical consumers– contributed to the creative destruction of the center aisles stocked with packaged cereals and soups.

When you add technology to all of this, you get an increasingly new kind of grocery shopper.

My sources and more: As a firsthand look at a traditional U.S. snack, the story of a chip from the field through the supermarket was one of econtalk’s best podcasts. Including how Frito-Lay markets its chips in supermarkets, the podcast took me to this study and this Food Marketing Institute report. Then, for even more facts about our grocery shopping trends, these articles, here and here and here are possibilities.