The people in Montana’s Musselshell County have the dubious honor of purchasing the least healthy groceries in the U.S.

We can start with the income/healthy eating correlation: 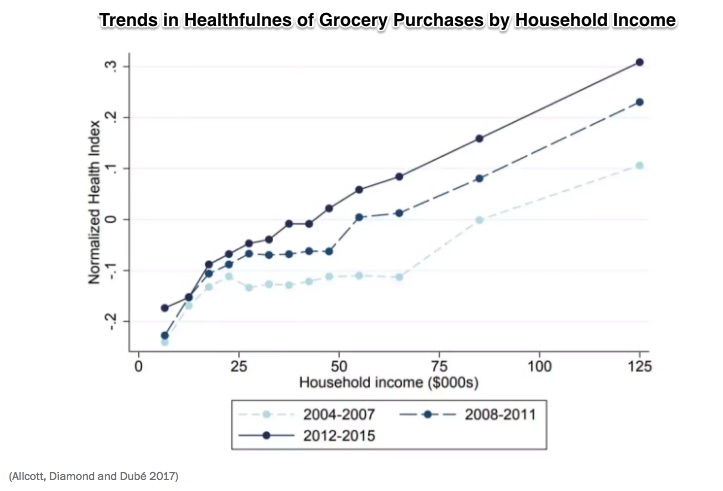 Using 12 years of data from 60,000 households, economists recently considered why some households had healthier eating habits than others. They expected that the grocery carts of more affluent households would have less sugar, more whole grains and more produce.

Looking more closely, they also discovered that when more affordable food arrives, it might not make a difference. Assume for example that a new supermarket opens in a low income neighborhood that had none before. You might think that households would change their purchasing patterns when better and cheaper food was more accessible. But they did not. Furthermore, when households moved to neighborhoods of healthy eaters, they still did not shift their eating patterns.

So, what might be happening? With a new store or even a move to a new neighborhood, households perpetuated the eating patterns that they were used to. If they shopped in local convenience stores before, they continued after the supermarket arrived. It is even possible that supermarkets were always accessible. People were just driving to them and still eating less healthy foods.

The healthiest counties in the U.S. are in NY, Colorado and Illinois. Meanwhile, households in the south central U.S. buy the least healthy groceries: 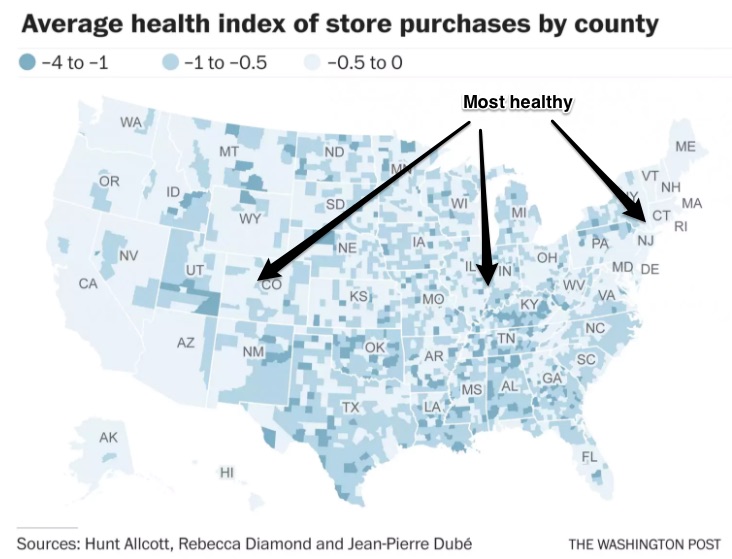 Used to be that supply ruled when it came to explaining what we ate. Researchers hypothesized that if you had no supermarkets nearby, you ate what was available. Although that might not be very good for you, it was assumed that access determined your diet.

Now research increasingly indicates that demand matters more. We could be looking at food preferences from childhood or cooking time or the stress in a family’s life. Add to that our education and knowledge about nutrition.

Rather than supply, almost all of what we eat could be based on the following variables: 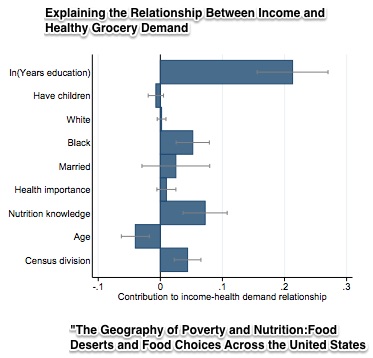 Where are we? Why we eat what we eat matters. Only by knowing the reasons for healthy and unhealthy grocery shopping can our policy initiatives actually make a difference.

My sources and more: Food writer Caitlin Dewey at the Washington Post always has something interesting to say. Her article on unhealthy eating started me on a path that led to this NBER paper. It also let me look at the connection between healthy eating and income in this paper.

The Contest That NYC Didn't Want To Win

Cupcakes and Other Notable Bubbles