Economists like to tell us that it’s wrong to say, “This time it’s different.” They remind us that no matter how good the good times, we still have a business cycle. Robust expansions and rising stock markets won’t last forever.

However, when our bubbles burst, there might be some surprises. In their new paper, Lawrence Summers and Oliver Blanchard explain that sometimes it really is different…especially in 2017.

The Great Depression started in 1929. By 1932 the unemployment rate had dipped to almost 25%. The decline in the GDP was similarly steep: 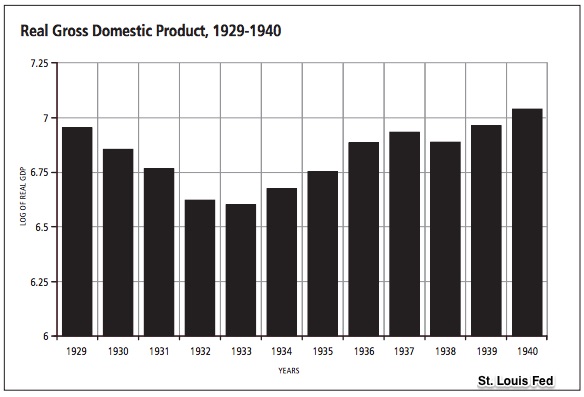 Summers and Blanchard tell us that the Great Depression’s unexpected result was a Keynesian mindset. We emerged from the 1930s with newfound faith in the government’s fiscal power.

Fast forwarding to the 1970s, we simultaneously experienced inflation and recession. During 1980 the inflation rate was a whopping 13.5%: 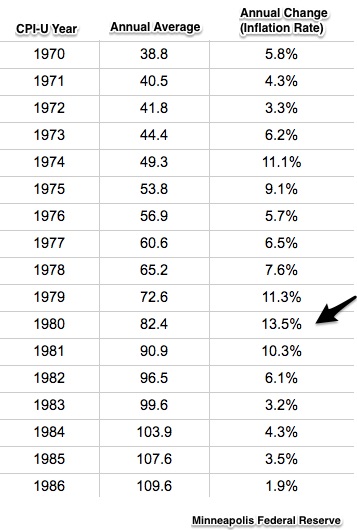 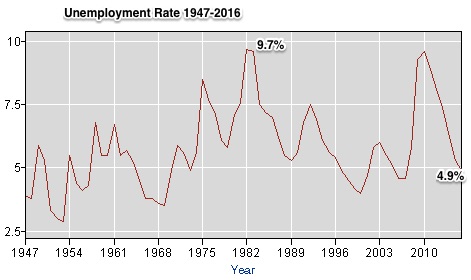 Correspondingly, you can see a considerable dip in the GDP:

Again taking us to the unexpected, Summers and Blanchard tell us that the 1970s stagflation contradicted a traditional belief that there was an inverse relationship between inflation and unemployment. When one rose the other was supposed to decline and visa versa. Because this time both increased, their resolution was somewhat of a surprise. We had some Keynesian disenchantment and a renewed faith in economic fluctuations and the power of simple economic rules.

Our Bottom Line: A New Role for Government

Moving to the present, we have another surprise.

In a much more lengthy analysis, Summers and Blanchard look at per capita GDP for the working age adult population, aged 18 to 64. Their purpose is to compare the recovery from the Great Depression and the Great Recession.

You can see below that the recovery from the Great Depression was stronger than now: 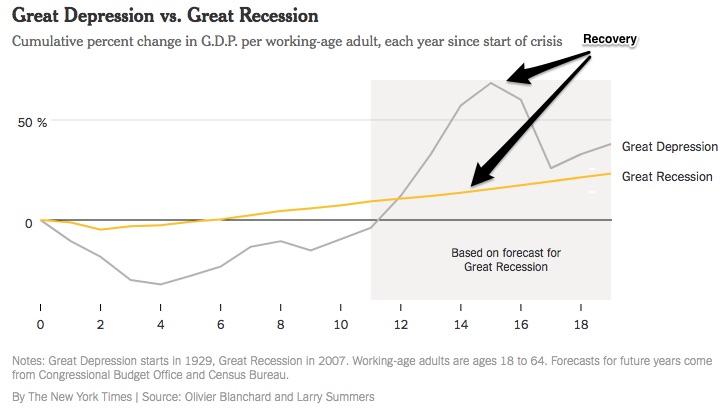 Consequently, the weak growth that characterizes this recovery necessitates yet another set of solutions. Its legacy is the realization that we need to support more inflation, more government spending and more financial regulation.

Of course there are economists who disagree with Summers and Blanchard. And they tell them that, “This time is not different.”

My sources and more: For detail, the Summers Blanchard paper is long and dry and wonderfully full of information. But if you prefer the “Cliff Notes” version, do go to David Leonhardt’s NY Times column. Then, the St. Louis Fed had stats on the Great Depression and the Minneapolis Fed, the 1970s stagflation. Finally, if you want the human side, do look at Pew Research.

The Mystery of France's Disappearing Butter

Why SALT Might Not Be Good For Our (Financial) Health