Where are we going? To Hamilton Economics, then and now.

Alexander Hamilton’s goal was to expand the U.S. banking system, our transportation infrastructure, and technological innovation. He wanted factories that would process what our farms and plantations grew. So, in three separate reports, he explained to the Congress what they had to do.

Since then we have been borrowing money and never defaulted: 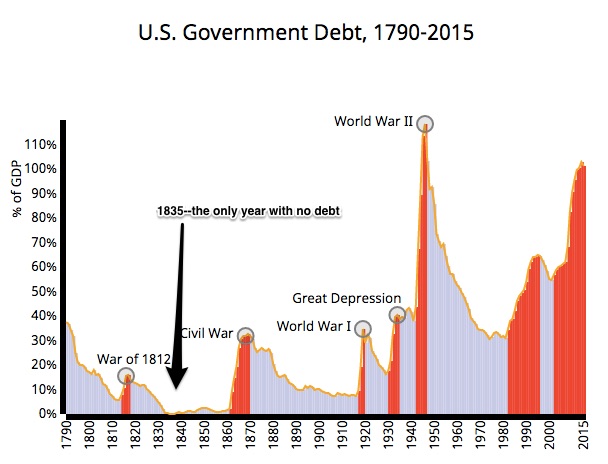 Banking has been characterized by increasing consolidation. The big four are Citi, JP Morgan Chase, BOA and Wells Fargo:

Primarily a producer of services, the U.S. economy is close to 20% manufacturing. While the value of manufacturing output is up, the number of jobs is down: 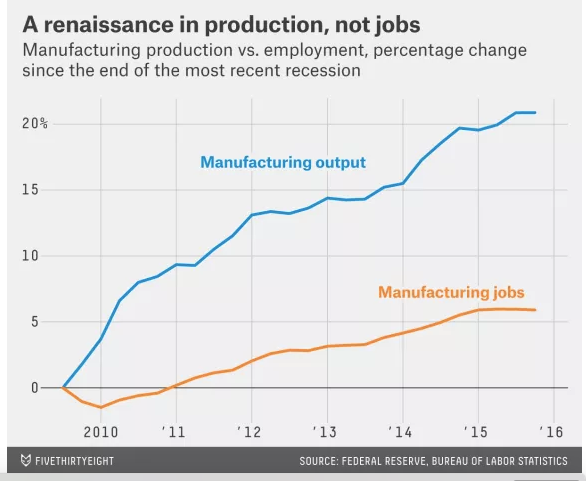 Hamilton’s goals are timeless. We still need to manage sovereign debt wisely, support a vibrant banking system and generate a resilient GDP through a diversified economy.

My sources and more: This Fortune article sums up the Hamiltonian legacy ideally. (To improve clarity, this post was slightly edited after publication.)