Not quite resembling McDonald’s, the Tumbleweed Express Drive-Thru in Parachute, Colorado opened the first legal pot drive-thru. The owner said he got the idea when the car wash across the street from his business put up a for sale sign.

To comply with Colorado state law, the venue had to be indoors: 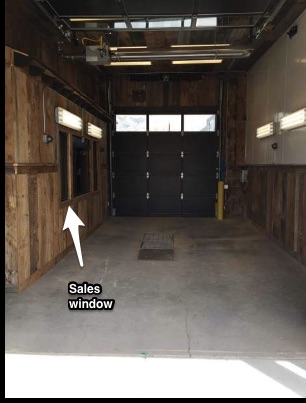 Where are we going? To marijuana demand and supply:

Asked if they favored marijuana legalization, baby boomers had an interesting dip that soon reversed. But millennials’ support steadily rose to 71% in 2016: 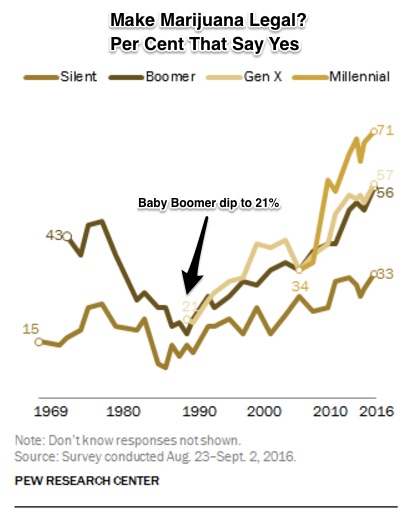 With public approval building, so too has the number of states where recreational use is legal. Do note that while the darker green states have said yes, not all have yet implemented the vote:

To complete the picture, this map includes pockets of illegal marijuana use: 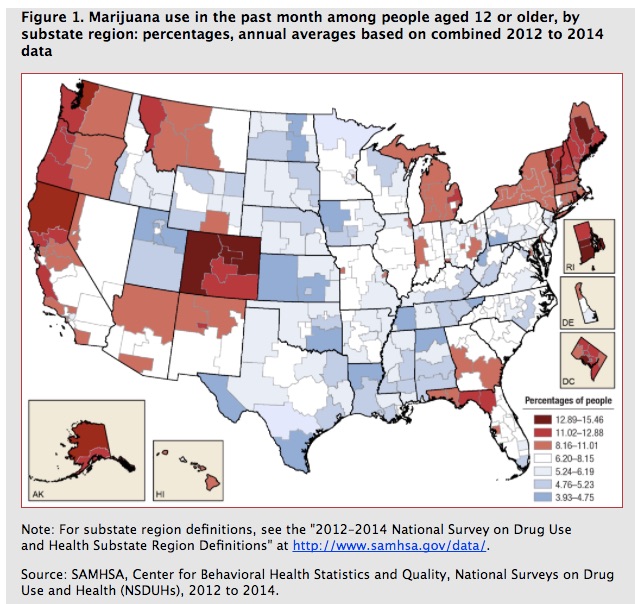 As the first major economy to legalize recreational marijuana, Canada has the big supply story.

Starting with mail order, Canada hopes to begin selling recreational marijuana during July, 2018. Right now though, they have a supply problem. Although licensing has been expedited, still it will take awhile to get facilities up and running and then to grow the plants. The goal is to quash the black market with lots of supply, no edibles and “non-glamorous” ads.

You can see below that inventories of medical marijuana are up. But the number of registered users has tripled and they expect to need much more for recreational markets:

With recreational marijuana sales scheduled to begin in just six months, supply side activity has accelerated. According to one study, the industry could generate 81,000 to 103,000 new jobs and add between $5.51 billion and $7.01 billion to California’s $2.5 trillion dollar economy.

While the numbers are estimates, we can be sure of a supply side ripple. We have the industry itself with producers and retailers. We have their cleaning and security services and equipment makers. And from there, we have a host of indirect beneficiaries that include spending from the wages that are generated.

Marijuana markets may be new but we still have old fashioned demand and supply. Because the number of retailers and cultivators multiply, our supply curve shifts to the right: 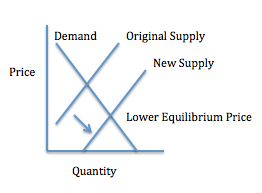 And that returns us to the Tumbleweed Express Drive-Thru and their supply side boost.

My sources and more: Once you start to look, you discover marijuana articles everywhere. Always a handy source of statistics, Pew was good for public opinion and a local news outlet had the drive-thru story. Then, Quartz had a U.S. update here and here and Bloomberg  described what Canada was coping with. Finally, this ICF consulting report on California has countless projections on the marijuana economic impact. It was perfect for quantifying demand and supply if you want to take the next step.