The Economic Significance of Alcohol Consumption

Based on annual per capita alcohol consumption, Lithuanians are the world’s heaviest drinkers: 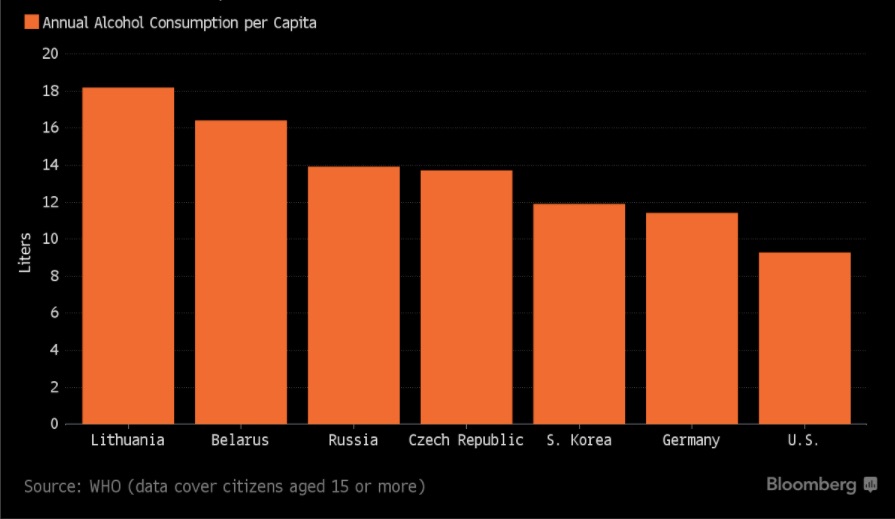 At 18.2 liters, the 2016 World Health Organization (WHO) projection indicates Lithuanian alcohol consumption has been rising. That 18.2 level is the equivalent of 2 1/2 glasses of wine a day or 910 large beers a year.

Concerned, the Lithuanian government has banned alcohol sales at gasoline stations and raised the excise tax. But it appears to have had little impact.

If you are curious about the populations that drink less, I thought this graph would come in handy. You can see that Indonesia, Turkey, India and Israel are at the bottom of the list. I checked more recent WHO numbers. They are still among the world’s abstainers: 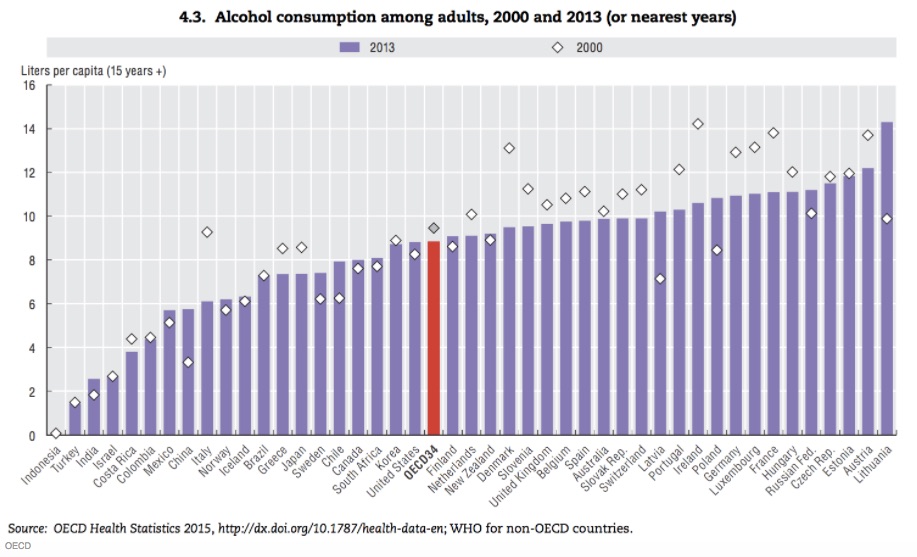 In 2014 the Economist’s Buttonwood columnist checked for an alcohol/GDP connection. He got nowhere.

First he looked at 34 OECD countries. The results indicated that the richest countries drink the most. So (maybe) drink does not affect how hard we work. He also wondered if the weather correlated with consumption. No again. The second wettest and fourth wettest countries drank the most.

That left me with one definite economic connection. Since the Lithuanian response to higher prices has been minimal, we could say their demand is inelastic.

My sources and more: The Bloomberg chart on drinking grabbed me. But then I had to figure out its economic significance. That led me to The Economist, to Euronews and to BusinessInsider. But for the most dependable data, I would go to the WHO report. You also might take a look at this econlife discussion of Russian vodka. Please note that I have not confirmed the stats on daily wine and beer drinking.