What Pets Can Teach Us About Healthcare Spending

Star is a sheltie who pooped in the ring during a dog agility competition. But it wasn’t her fault. Stoned, she was taken to the vet after accidentally consuming a marijuana edible. Given activated charcoal to absorb the toxin, she took awhile to recover.

This is Star. Her owner took the photo: 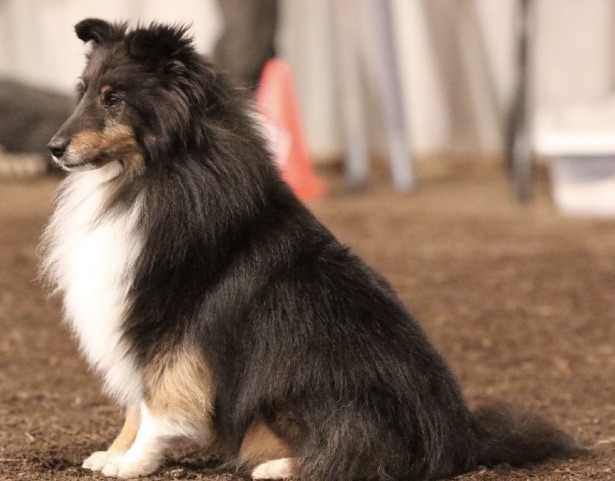 Increasingly in states where marijuana is legal, pot muffins or candies are left on tables, in backpacks, and in car ashtrays where dogs ingest them. And just like with humans, when our pets have a health emergency, we rush them to the doctor.

Several months ago, we looked at how pet and human healthcare expenditures are similar. On the demand side, spending on both is an increasing proportion of the GDP. Correspondingly, with more physicians and veterinarians, the supply side has expanded.

To those similarities, we can add data…

About income and spending

Predictably, annual spending on healthcare for people and pets rises with affluence: 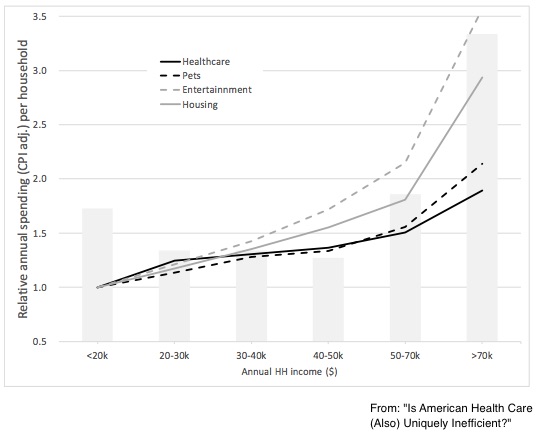 At 4 months before death the increase starts and then the acceleration comes 2 months later: 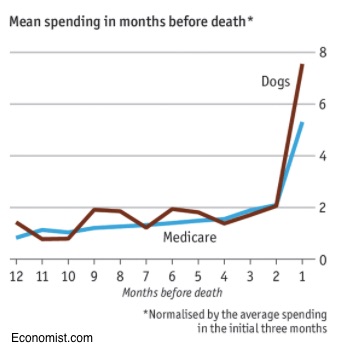 Comparing pets and humans, economists had hoped to provide insight about healthcare spending. They wanted to show us that that insurance and government intervention might not shape our spending as much as the conventional wisdom suggests. Instead there might be less evident spending incentives that our pets could help us uncover.

In a Minneapolis Fed interview, Amy Finkelstein, one of the authors of the pet care paper, magnificently conveyed the need for more understanding of health insurance and healthcare delivery.

Talking about higher healthcare spending in Miami than Minneapolis from the same demographic, she says we tend to blame the supply side. Her research though has revealed that people’s spending habits stick, even when they move. So a bigger healthcare spender from Miami will spend a lot in Minneapolis. Yes, that spending will diminish by one-half but then it remains there. It never descends to the local rate.

In addition, she found that contrary to our expectations, individuals with more insurance will not necessarily make more claims. Also counterintuitively, she used data from Oregon to show that Medicaid could have a bigger impact on recipients’ mental health than their physical well-being. And, in her pet and human healthcare comparison, Finkelstein questioned the impact from government and insurance.

Where does this leave us? Whether it is the Affordable Care Act or new legislation, “one-size-fits-all” just cannot work. Because of countless incentives affecting households with different risk profiles and regions with varied habits, we are destined for unintended consequences from legislation.

Sources and more: Most of all I recommend this Minneapolis Fed interview with Amy Finkelstein. It is long but worth your time. After that, I suggest her co-written paper on human and pet healthcare. Then, you might want to see the Netflix documentary, Extremis, on end-of-life care. Finally, for a complete topic switch, The Washington Post  discusses stoned pets.

What We Do With Our Time