One Song, Two Graphs and the Fed’s Dual Mandate

It’s not easy to sing about the Fed’s dual mandate. For a smile, do listen to Merle Hazard (below) before we take a look.

In 1977, when Congress reformed the original Federal Reserve Act (1913), it said the Fed was supposed to maximize employment and minimize inflation. Only two years later, the inflation rate jumped past 13 percent. Believing that lower rates would have created an unacceptably uncertain business environment, Fed Chair Paul Volcker decided to focus solely on price stability. Ostensibly ignoring half of the Fed’s dual mandate (though he was not necessarily), Volcker sent the prime rate up to a whopping 20.5 percent. It worked. But first unemployment temporarily climbed beyond nine percent.

Since then, most central bankers have emphasized price stability. However, appointing Janet Yellen to run the Fed, President Obama said he sought more emphasis on a dual mandate with the balance tipped toward employment.

For now, by seeing (below) an inflation and unemployment trajectory, we can ask how the Fed should respond to its dual mandate. 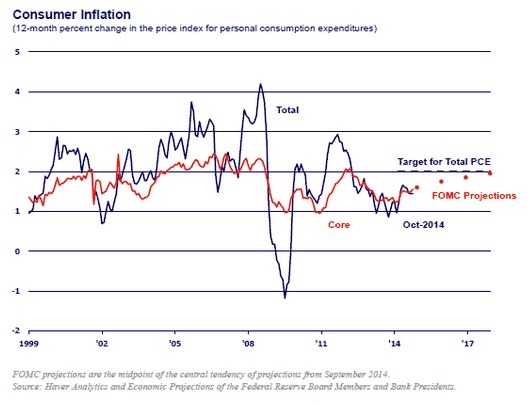 Similarly, seeing that unemployment is trending downward, it too is okay. 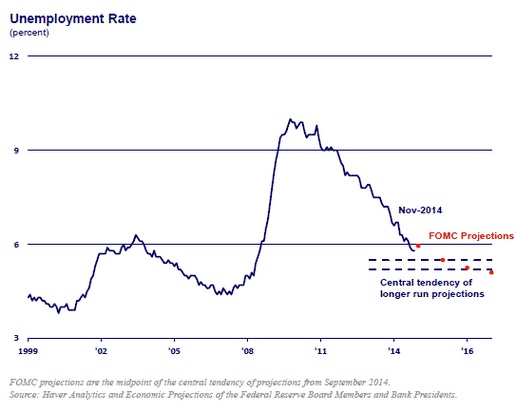 We have a dual mandate dilemma. Some believe that the monetary policies that create more employment increase inflation and that controlling inflation leads to joblessness. Others say choosing price stability means employment will follow. And still a third group points to our graphs for 2014 and says both are feasible.

I guess that’s why Merle Hazard said, “It’s awfully hard to be a central banker.”

The Cost of Curing Different Diseases

Alcohol, Marijuana or Tobacco: Which is Most Harmful?