What Happens When You Have No Cash?

This is an update of the story we first told six years ago. About more than India, it tells us about the role of cash.

By Saturday, financial chaos was the result. Almost ninety percent of all transactions had been cash: 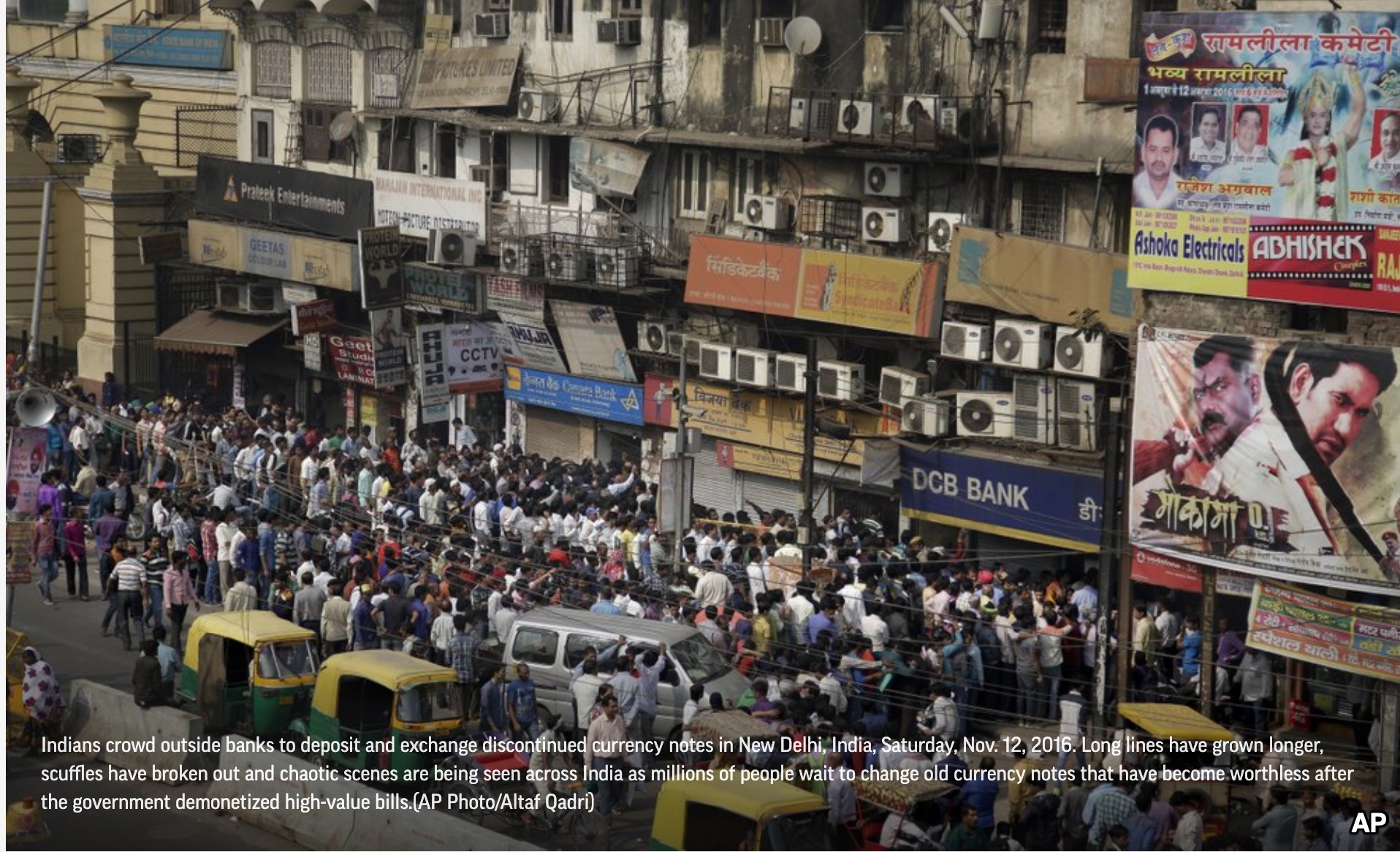 Daily, when banks ran out of cash, their customers had to return the next day. Yes, as an alternative, ATMs were a possibility. But more than half had not been reconfigured with the new 2,000 rupee notes. Asked why they had not prepared, the government said secrecy was the reason. Six weeks later, still the country reported a shortage of the new 2,000 rupee bill and the redesigned 500-rupee bill.  But, in the end, 99 percent of the old currency had been exchanged and, by June 2017, the shortage was over.

Comparing regions, researchers concluded that the impact of demonetization depended on how long the cash shortage lasted. Studies indicate a minimal drop in projected GDP growth, some unemployment, and a pop in credit and debit card use. Poorer households seem to have benefited the most: 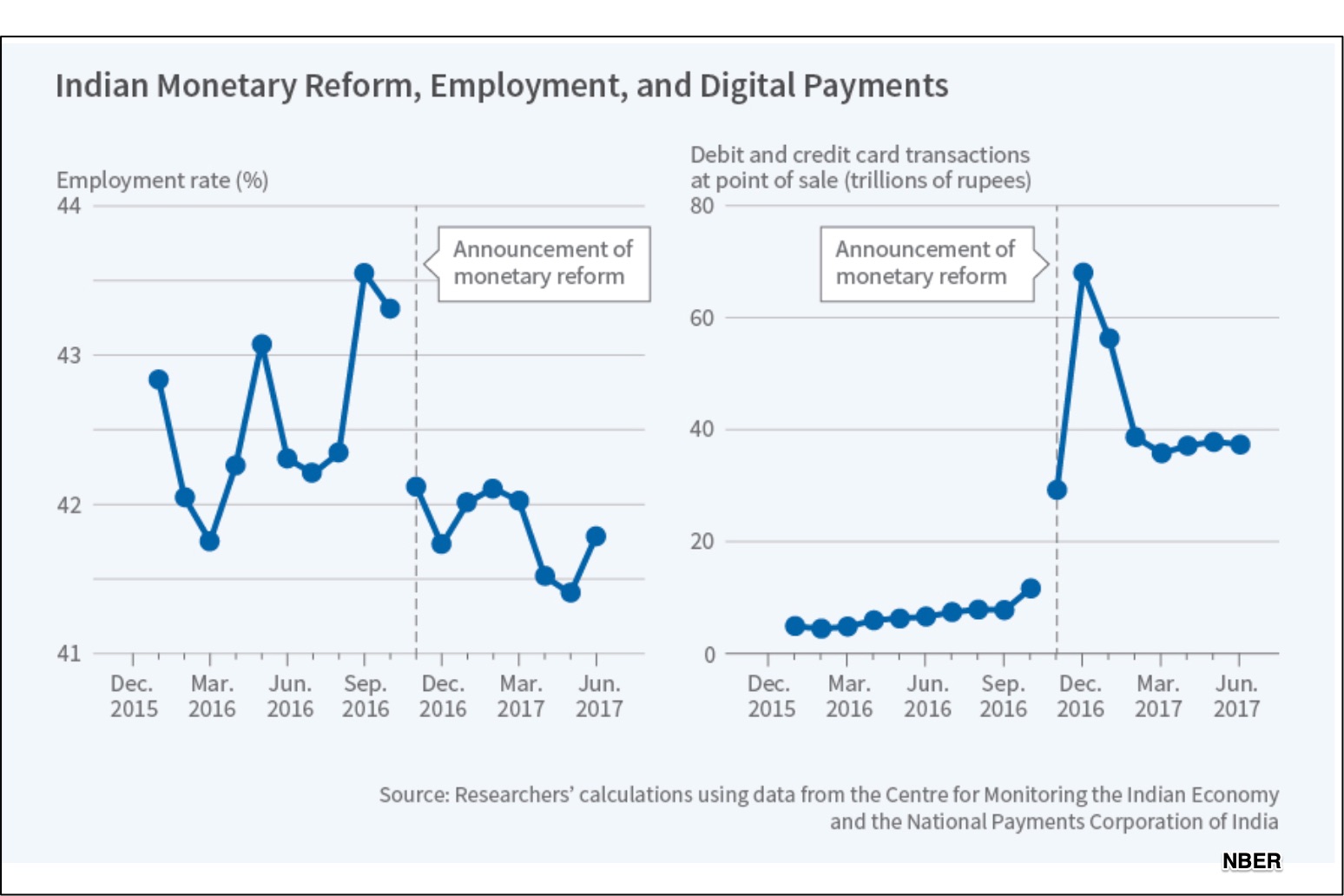 Do watch this four minutes video. It perfectly suns up what happened and the value of studying demonetization:

Including rectangular pieces of paper, checking accounts and seashells, money is any tangible or virtual commodity that has these characteristics:

For its old 500- and 1000- rupee notes, India declared they would no longer be a medium of exchange. And just through one proclamation, they no longer were money.

My sources and more: Thanks to my BBC World Business Report podcast for alerting me to the court decision about India’s demonetization. From there, I wsent to Yahoo for the update and then to WSJ for a contemporaneous account. Then, this 2018 NBER paper and this ScienceDirect paper looked back. But the best summary is the above youtube video,

The Best New Year's Advice From a Behavioral Economist

How a French Supermarket Is Like a Pakistani Wedding