Santa will consume close to 21 billion calories if, as expected, he nibbles on a cookie and sips some milk at each of his 396 million (or so) stops.

Describing Santa’s Christmas Eve deliveries, The Washington Post asked who. where, and what.

Defining a child as anyone 14 or younger, the Post added that, for a simple calculation, they have to be Christian. Then, it gets trickier. After all some Christians don’t observe Christmas on December 25 or at all. Furthermore, some population numbers are way out of date. But giving ourselves some statisitical leeway, we can say that Santa will need to visit 536,785, 866 children with another 13.6 million falling into a “maybe” category.

Below, the U.S., with its large high density Christian population will keep Santa pretty busy: Meanwhile, Monaco is a relatively easy stop because its 3,100 kides live near each other: 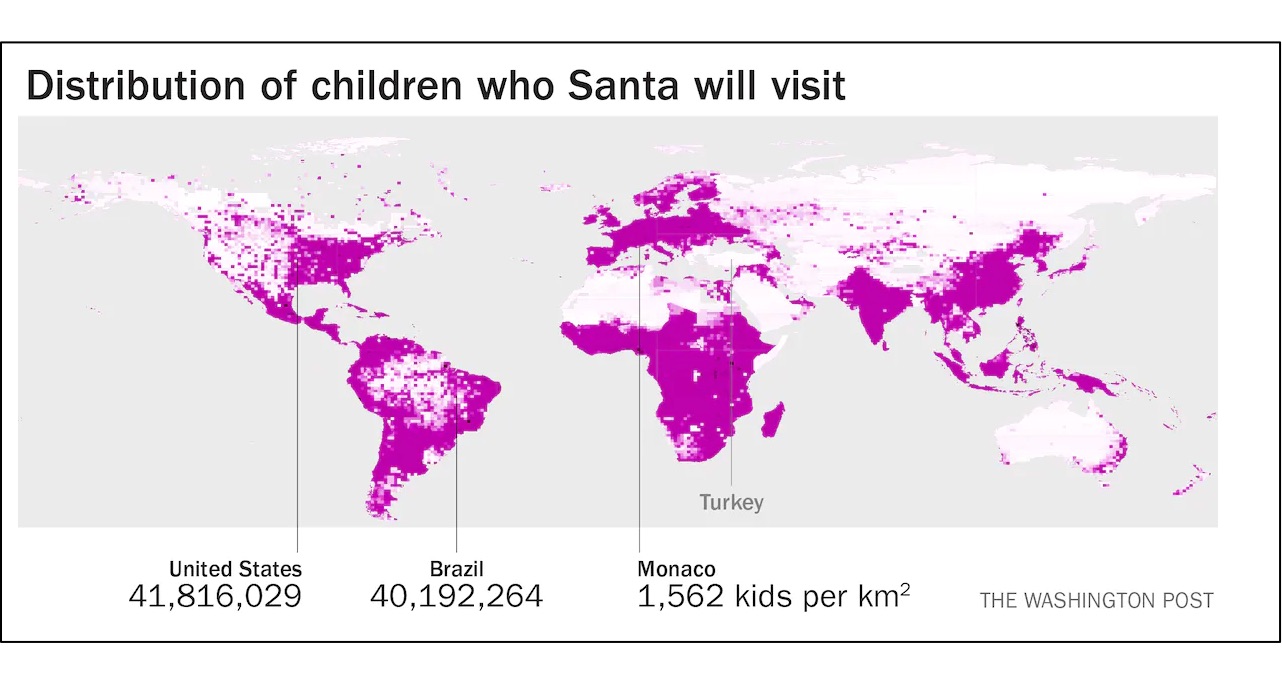 As his next step, Santa has to map an optimal route. Like UPS does for each of its trucks, he has to decide where to go first, second, and so on. If longitude is a criteria, the following distribution graphic illuatrates his choices: 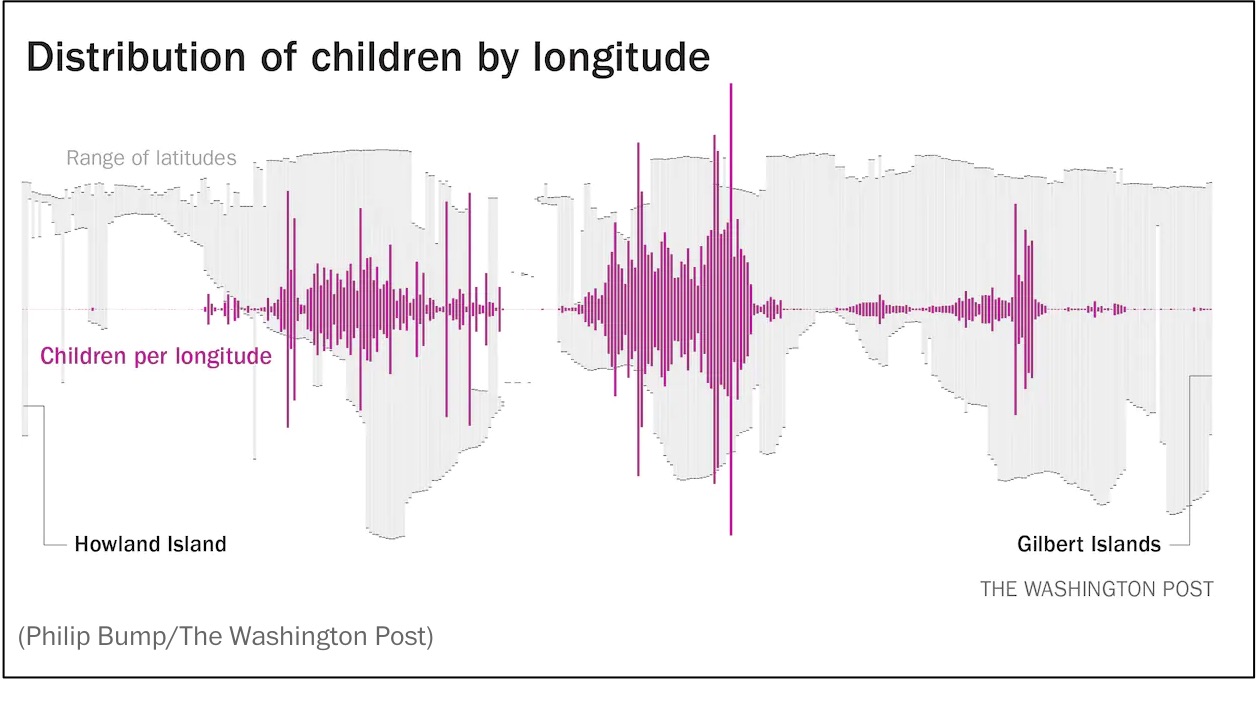 At this point, we can say that Santa has fewer destinations than we first indicated because some of the world’s children are in the same family. As a result, his 536 million or so stops shrink to 395,830,485. Still though, his sleigh is pretty heavy. Even if he were to give each child a Rubik’s Cube, his load would weigh as much as the Titanic (50,000 tons).

Somewhat less amazing than Santa, UPS and other delivery companies have a gargantuan task. Between November 29th and December 30th. UPS, expects to deliver 32 million packages and documents a day. In the past, they’ve had to hire 100,000 extra employees. Furthermore, they use a system called ORION to optimize their delivery routes. And, as economists, let’s not forget that the U.S. transportation infrastructure helps to make it all possible.

My sources and more: Having looked at Santa’s delivery challenges in the past, this year, for new facts, I switched to The Washington Post .As for UPS, I used Reader’s Digest.

Our Surprising Response to Peak TV