How Money Matters at COP27

These are notes from yesterday. (I added the arrow.). 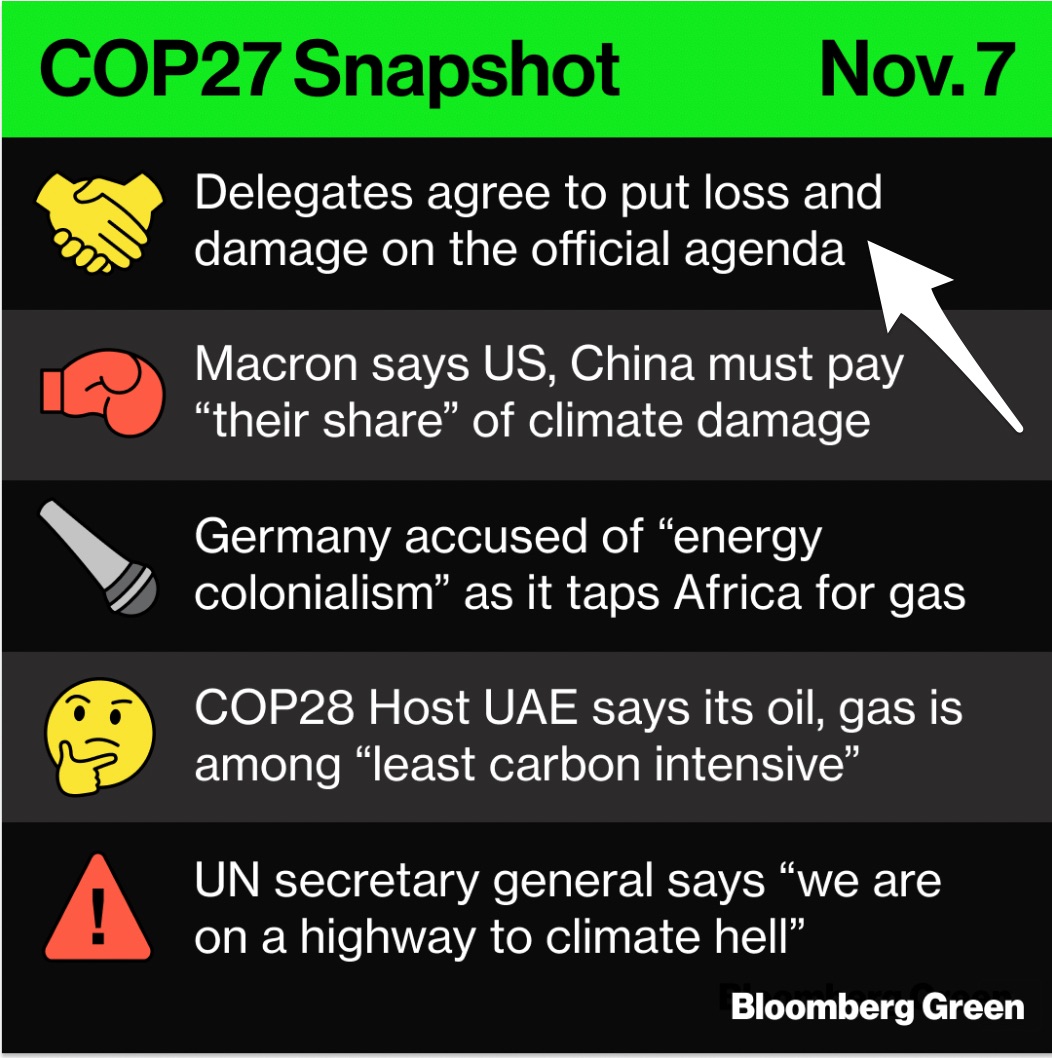 To explain the role of money at COP27, a professor at Independent University in Bangladesh used avert, minimize, and address to summarize a multi-trillion dollar climate action approach:

Avert: A first step that can prevent subsequent expense, nations can reduce emissions and global warming. They could, for example, invest in renewable energy and employ decarbonizing strategies.

Minimize: With the limited success of “avert” we will have to adapt to global warming by building the appropriate infrastructure. We will need, for example, communities that cope with extreme heat and rising sea levels.

Address: And finally, poor countries will need help from the more affluent world when avert and minimize fail.

As you might expect, no one knows how much all of this will cost. One projection for the investment necessitated by “avert” is $114.4 trillion by 2050.  After that, the dollars are even more debatable but developing nations have said they will need $1 trillion in external financing to match their own funds by 2030.. As for “address,” when Pakistan says that it cannot afford its flood recovery initiative, some have suggested the richer nations have an obligation to help. The United States and the European Union have said they oppose a dedicated funding facility.

Still I would ask, (and assume there is no answer) if “loss and damage” refers to “address” or “avert and minimize” too.

I have used the following image to explain why we do not use our gym memberships. But it could apply to our delayed reaction to climate change:

When explained by behavioral economists, they call it intertemporal discounting. Intertemporal just refers to two time periods and discounting involves giving less value to a commodity. For example, people who eat cookies now rather than saving some for later have bestowed those future cookies with little value–a larger discount. So too with saving and exercise. When we decide to save minimally or exercise less, we are giving the future a high discount because it has little value to us.

We could add that we are doing intertemporal discounting when we decide how much to avert, minimize, and address.

My sources and more: During COP27, my Bloomberg Green email will be a handy resource. Happily, they have temporarily eliminated their paywall. From there, these Reuters articles, here and here, focused on Pakistan and additional financing. (Our featured image is from Reuters.)

Six Facts: Everything We (Might) Need To Know About Clean Air

What Your Name Could Say About Your Politics