Why the EU Charger Mandate Is an Apple Problem

I was surprised that my new Mac Pro has a USB-C port. Now I think I know why. By 2026 it will be a European Union laptop mandate. And, in just two years, smart phones and tablets will have to have the same port.

xkcd shows why we want this standardization: 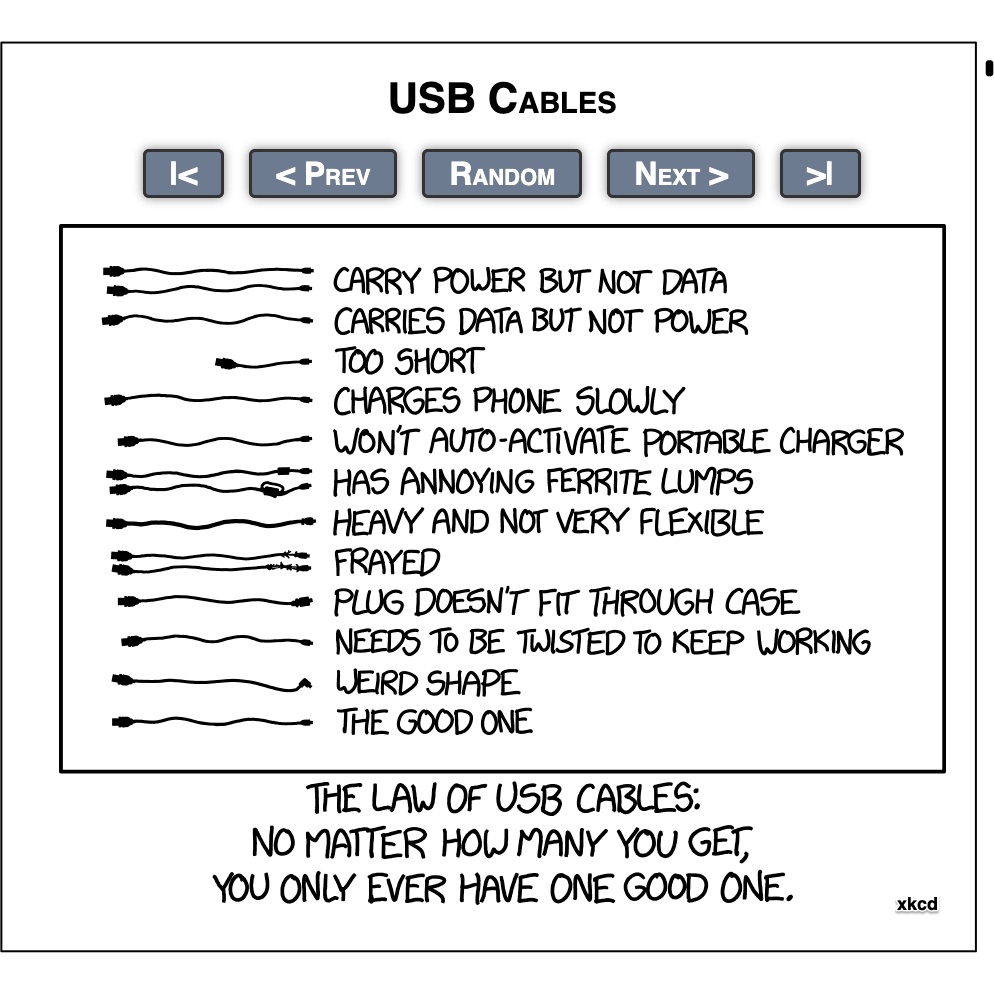 For more than a decade, the EU has tried to standardize charging technology. As far back as 2009, they asked 10 companies, including Apple, Samsung, and Nokia, to agree on the standard. But it never worked out.

Now they are moving ahead. In a 602-13 vote with 8 abstentions, the EU Parliament resoundingly said yes. The mandate requires that iPhones, iPads, smartphones and other similar new devices have the USB-Type C port by the end of 2024. For computers, the deadline is 2026.

Their big reasons for the mandate are consumer inconvenience and overspending, and environmental waste. Consumers would need to own just one charger that they could buy separately. As for the environment, the EU points to the estimated 11,000 tonnes of garbage that chargers create each year. With fewer chargers, we have less wasteful duplication.

Responding, Apple expressed a resounding objection. It had its own lightning charger while its competitors use a USB related device.

But now, they have the EU mandate. The last step–just a formality–is Council approval.

Looking back to 18th century France, you can see why all of us need standardization. Depending on where a traveling merchant was selling his wares, the size of a pint could have varied by 20%. And that was just one metric. Imagine dealing with many when buying and selling merchandise.

So, it helped the market considerably when two scientists defined the size of a meter during the 1790s by calculating the distance from the North Pole to the Equator and dividing it by 10 million. Once they knew the size of a meter, they could say that the kilogram was “a cubic decimeter of rainwater at 4 degrees Celsius.” And from there, they could standardize a vast variety of weights and measures.

Then and now, standardization has a ripple effect. When Apple is forced to comply with EU rules, it has the incentive to standardize its factories and use them everywhere. It also might have the incentive to proceed with a wireless charging alternative.

Whatever Apple and other producers decide, we can be sure that incentives will change.

My sources and more: Thanks to the Hustle daily newsletter for the charger update. From there, more of the facts were at this EU Press Release, Forbes, the Washington Post.  Next, for some standardization history, do take a look at the railroad track story.

How Much Is a Record Breaking Ball Worth?