Where We Are Moving and Why

During the past several years, we’ve looked at where we move and why.

In their annual migration patterns survey, the Atlas Group concluded that Maine replaced Idaho as the #1 inbound state during 2021. The rank was based on a comparison of each state’s inbound  and outbound residents. Below, we have 20 (red) balanced states, 18 (blue) inbound states, and 12 (mustard) that had more outbound moves: 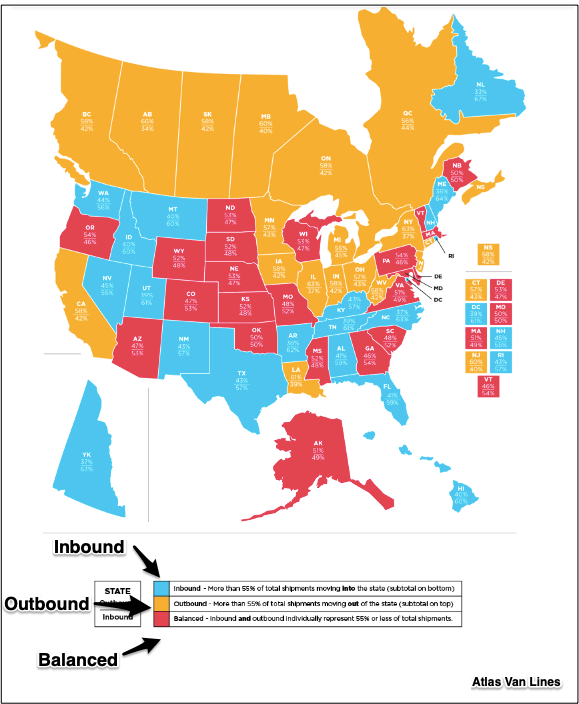 In their Top Ten inbound and outbound list, Maine was in the top slot with North Carolina and Arkansas in the #2 and #3 spots, Also, for the first time, Utah joined the inbound list. Meanwhile, New York (first for three years) and Illinois, led the departures list. In addition, having been balanced from 1995-2019, California was in the outbound list for the second consecutive year: 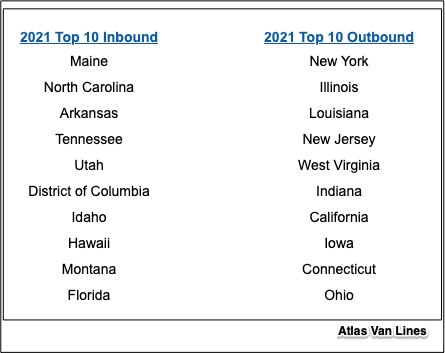 Rather interestingly, United Van Lines’ data was somewhat different from Atlas. In their survey, New Jersey was tops for the outbound movers while Vermont was #1 for inbound.

Asked why, Atlas cited Covid as a major moving reason.The Census though, appears to have ignored the pandemic. Their categories were housing, family, and employment related (and other):

I wonder though if Covid accelerated the downward moving trend: 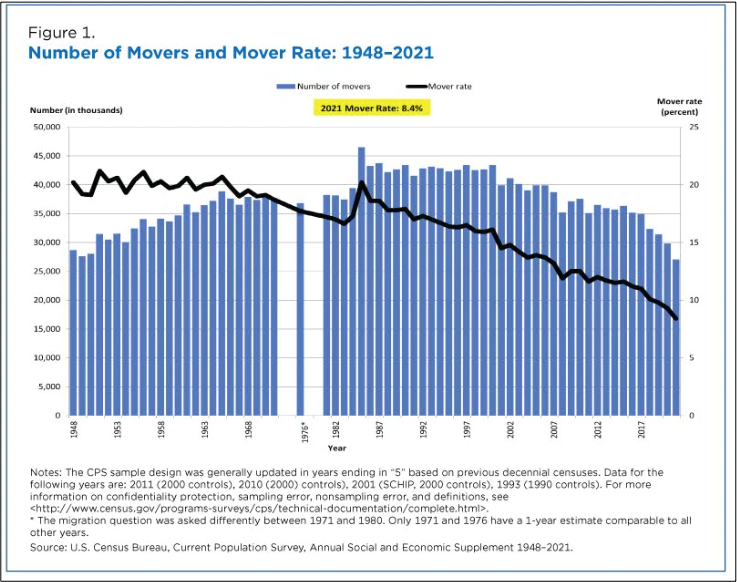 Again identifying where, for many it was close by. The interstate moves documented by Atlas and United were in the minority:

We could say that our transportation infrastructure began when representatives from Maryland and Virginia met in 1785 at the Mount Vernon Conference (yes, the meeting was at George Washington’s home.) to rationalize Potomac navigation. The result was a 13-point document that proclaimed the river was a “common highway.” From there we can jump to a 19th century Clinton who lived in New York. As governor, George Clinton jumpstarted East West commerce by building the Erie Canal. Connecting Albany and Buffalo NY in 1825, it became easier and cheaper to ship manufactured goods and crops between the East Coast and the Midwest. After that we have privately constructed railroads that were supported by government subsidies. Then, skipping a century, we can leapfrog to the highway system built during the 1950s, and to the motels, restaurants, and suburban communities that grew up around it.

My sources and more: Useful for identifying national moving trends, the annual Atlas World Group migration report provides a consistent summary with the U.S. Census Bureau, the perfect complement. Then, completing the picture, WSJ had more details from United. (Please note that today we’ve included sections from past econlife posts.)

The Problem With Our Economic Outlook