The Problem With Our Economic Outlook

Former President Jimmy Carter told his advisors not to use the word recession. Instead they were supposed to say, banana. Right now, although a banana is a possibility, some economic news has been upbeat.

However, we seem not to recognize the good news.

In an updated paper, economist Darren Grant compared the before and “after” Covid views of the economy.  Using surveys that have been around since the 1970s, he concluded that the consumer response to the economy has become much less logical. As he explains, “consumer perceptions have become decoupled” from unemployment and GDP growth. In most of his 46 year sample, consumers spoke poorly of the economy when there was a recession and recognized when times were good.

Looking before the Great Recession, Dr. Grant concluded that unemployment most influenced our perception of the economy. As he calculated, “one percentage point of unemployment was ‘worth’ five percentage points of inflation, in terms of perception.” Now though, commentators are trying to figure out why inflation matters more. They wonder why the surveys indicate that consumers do not attribute their well-being to the economy.

To make wise spending, saving, and borrowing decisions, we need to accurately assess macroeconomic conditions. And yet, while we have the numbers that tell us if output of goods and services is growing, they seem to have less meaning. Similarly, as Dr. Grant indicated, we have “decoupled” unemployment from the way we look at the economy.

In addition, most of us are unaware of the economic indicators we could be monitoring. The Leading Economic Indicators (such as housing starts) and the Coincident Indicators (like the GDP) tell us where we are going and where we are now.

You can see that the LEI and CEI have dipped and then risen: 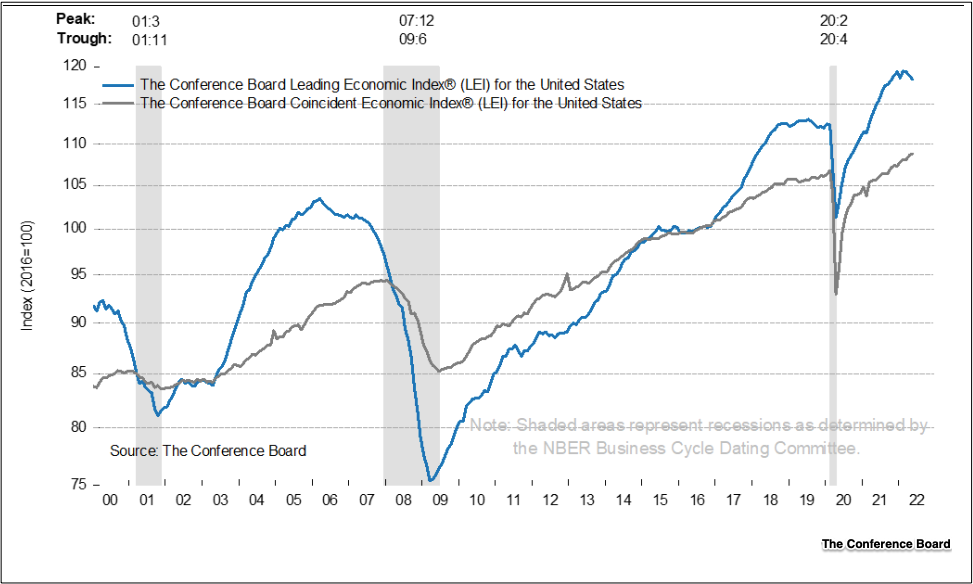 The message from our leading and coincident indicators does not definitively tell us if we are heading for a “banana.” And yet, displaying the problem with our economic outlook, consumer sentiment is way down.

My sources and more: Thanks to Slate Money for alerting me to the Darren Grant assessing the economy research. Then, Ed Yardeni’s Morning Briefing (gated newsletter) of economic indicators completed the puzzle.

Where We Are Moving and Why

Should We Worry About Robots?