Another Color Change for the Presidential Jet 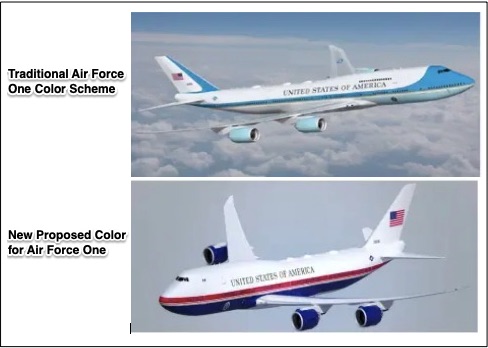 Asked last year if he would keep the new colors, President Biden’s  press secretary said, “…the president has not spent a moment thinking about the color scheme of Air Force One.”

Now, he has decided.

Although Boeing had to absorb the extra expense created by the new color scheme, still President Biden canceled the Trump change and went back to the plane’s traditional colors. It turns out that the dark blue underbelly necessitated additional cooling devices because of overheating. Luckily, with a 2026 delivery date, the paint had not been ordered.

As you might expect, many of the planes’ specifications are secret. But we do know that they can feed 100 people. (The food staff reputedly grocery shops in disguise.) Also, they have a fold-out operating table and a fully stocked pharmacy. To avoid the risk of using local facilities, security required a built-in baggage loader.

I recommend this brief tour and history of Air Force One. (It is Air Force One only when the President is on board.):

So yes, with a guaranteed $3.9 billion price tag, Air Force Ones are pricey. But let’s put the total in perspective. The cost of Air Force One is a part of our military spending. Because it is not mandated by law, military spending is a hefty chunk of the discretionary slice of the federal budget spending pie.

As $3.9 billion or so out of a $7 trillion budget and $752 billion in military spending, the new Air Force Ones are relative cheap: 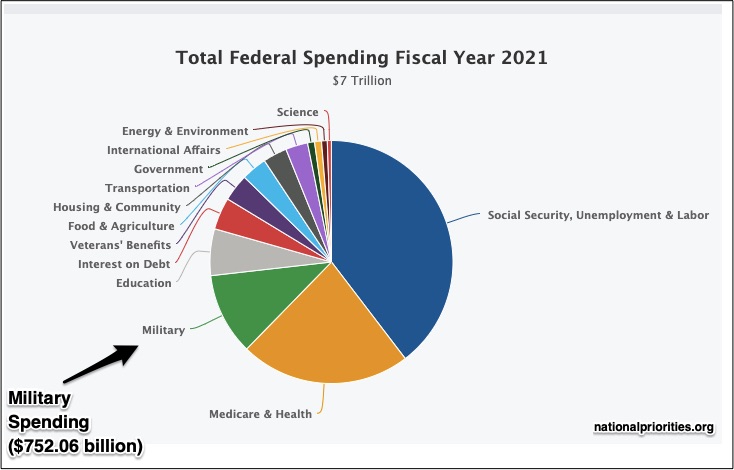 My sources and more: When we first looked at the presidential jet during the Trump administration, WSJ and Insider had the facts. Then, completing the picture, the NY Times and Wired had more detail. As for the budget, I like to go to National Priorities, and the CBO. And finally, for a more recent update, we looked at Defense News and Politico.

How Are We Fighting Inflation Around the World?

Where Have All of the Bank Robbers Gone?