Where Have All of the Bank Robbers Gone?

Our story starts with a 2013 attempted bank robbery in Sweden. The thief left empty handed because the bank branch did not deal in cash.

Where are we going? To the impact of technology on job markets.

It is possible that technology can make robbery a less attractive occupation.

More definitive, the data on on the disappearance of pinsetters, icemen, and street lamp lighters display the impact of technology. In bowling alleys, from the beginning of the 20th century to the 1940s, a pin girl or a pin boy would have been stationed near the gutters waiting to pick up and reset the pins after they were knocked down. Until the 1940s, many of us needed an iceman to deliver the 25 to 100 pound chunks of ice that chilled our refrigerators. And, as in NYC until electrification, we had lamplighters who lit 200 to 300 gas streetlights an hour. 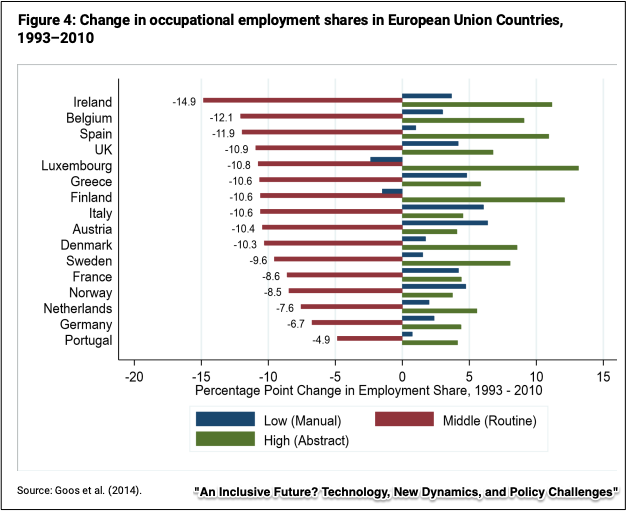 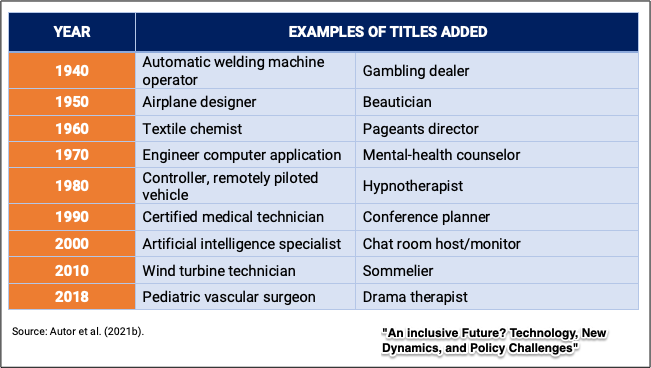 Sort of like the of seismic plates, structural change creates a new economic landscape where old industries disappear and new ones replace them because of technological change. Indeed, with the arrival of electricity, the auto, and the transistor, we had progress as a plus and structural unemployment as a minus until jobless workers were retrained with skills that were more suited to the new economy. And now economist David Autor explains the impact of job market changes on earnings inequality, and the value of skills…

…Even for bank robbers.

My sources and more: My go-to scholar for labor is David Autor. Having seen that part of his paper was on job changes, I checked further. for crime statistics. I also found this paper that connected street crime and cashless transactions.

Another Color Change for the Presidential Jet

What We Pay For Gas