A Global Look at Spending and Taxes

Yesterday, I was mesmerized by an infographic on how different countries spend their money.

Maybe it will grab you too.

The OECD provides a pretty good lens through which we can compare U.S. spending to other countries. The lens has a collective and individual half. Its collective spending component refers to categories that are more generically for the public like defense and justice while individual spending targets you and me through, for example, healthcare and education.

Below you can see that Sweden and Denmark are rather high for the individual side but the U.S. and Switzerland are not: 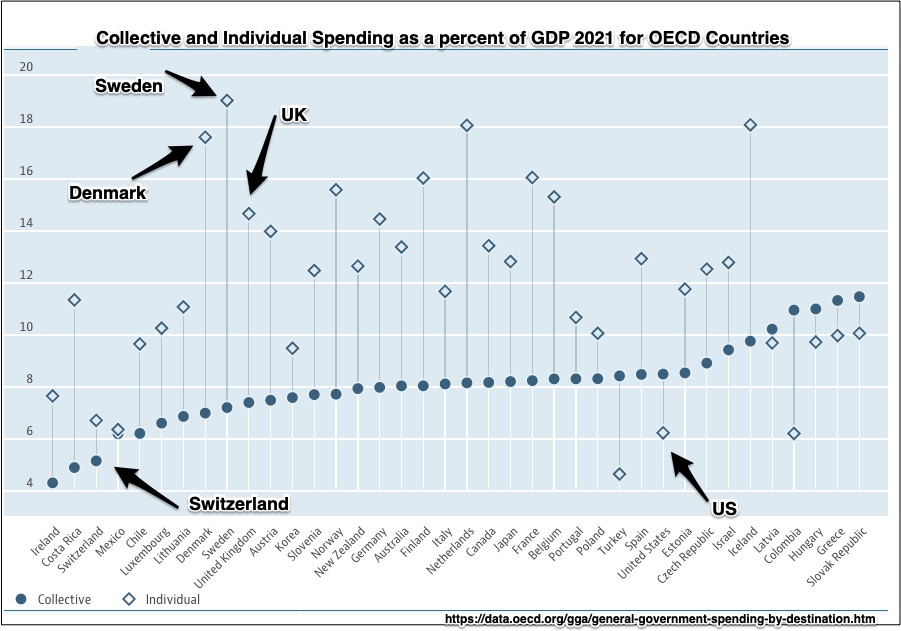 Then, taking the next step, I wondered how it all gets paid for. Again, an infographic displays the differences between the U.S. and most other countries. In the following graph, the biggest slice is the consumption taxes that include the VAT  (Value Added Tax) and retail taxes that we pay when buying a good or a service. Individual income taxes are #3.

The graph displays how most OECD countries depend on consumption taxes: 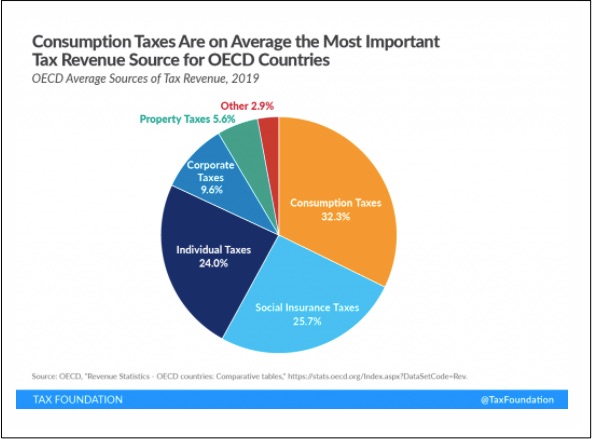 In the U.S., the top source of revenue is individual income taxes. Next, for the #2 slot, we have the payroll taxes that fund Social Security and Medicare: 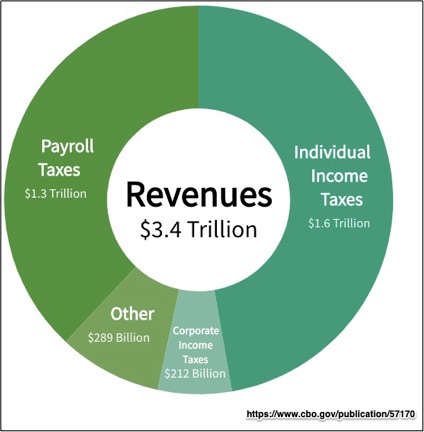 Defined as spending, taxes, and borrowing, a nation’s fiscal policy reflects its philosophy and satisfies its needs. On the philosophy side, we can revert to classical and Keynesian economics. With Adam Smith as one of the first people to advocate a laissez-faire approach from government, his invisible hand nudged each of us to respond productively to supply and demand. As a result, government played a minor economic role. By contrast, starting during the 1930s, the Keynesians explained why more government was necessary to maintain economic health. As an offshoot, government could also support individual needs.

My sources and more: For a wealth of infographics on spending and taxes, the OECD has all the data you could possible want and need. Then, a quite different kind of website, the Tax Foundation has even more on the revenue side of the equation.

A Day in a Ukraine Factory