What the Misery Index Says About Sadness

Looking for similar simplicity, his top economist, Arthur Okun, gave him the Economic Discomfort Index to gauge economic health. Then, recognizing that the index could be a measure of misery, Ronald Reagan, with an election to win against Jimmy Carter in 1980, renamed it. He won the election and the Misery Index was born. 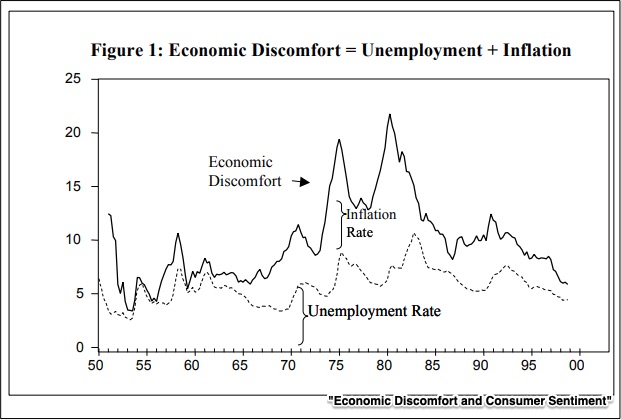 To calculate Dr. Okun’s Misery Index, we just add together the annual inflation rate and the unemployment rate. The Index was unusually high during the early 1980s because growth was STAGnant and inFLATION was high. And thus we got stagflation.

Fast forwarding to now, we can ask about our own Misery. At 11.67, the February Misery Index combined 3.8% unemployment and 7.9 inflation.

Below, comparing presidents, the Change column dictated the order. It starts with the worst performance and ends with the best. So, for Richard Nixon, Misery ascended by 9.21 during his presidency. By contrast it dropped by more than 10 when Harry Truman was president: 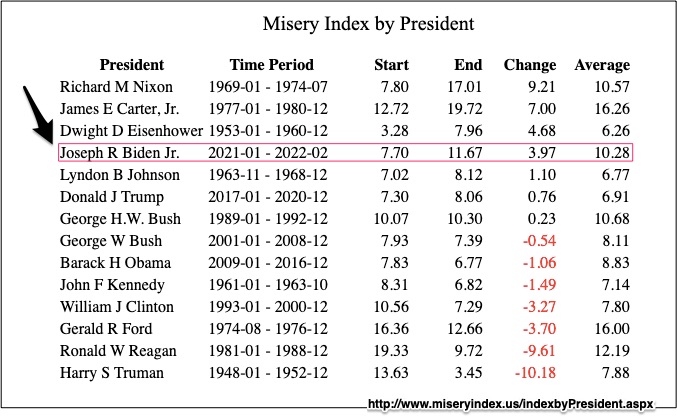 For 2021, Spain and Greece are “saddest” while Japan is relatively “happy.” Do note that the graph does not include Venezuela and Zimbabwe whose hyperinflation gives them astronomical Misery: 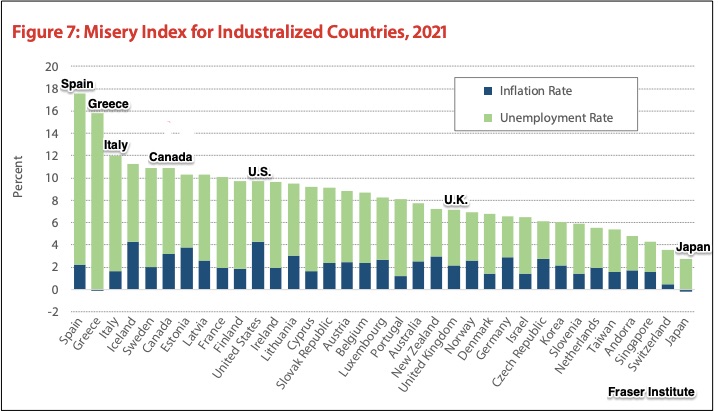 Other economists have taken the idea a step further. Johns Hopkins Professor Steve Hanke tells us that we should add interest rates and growth to the equation. More precisely, he totals the unemployment, inflation, and bank lending rates. Then, from that number, he subtracts the percent change in per capita GDP growth. When the first three rise, they are the “bads.” But if the last one goes up, it is a “good.” In the Hanke Index high numbers are alarming.

Our Bottom Line: Politics and Misery

As the midterm elections approach, we can ask why superlative U.S. unemployment numbers and economic growth have not buoyed people’s spirits. Close to where it was during the Great Recession, the purple Misery line provides the answer: 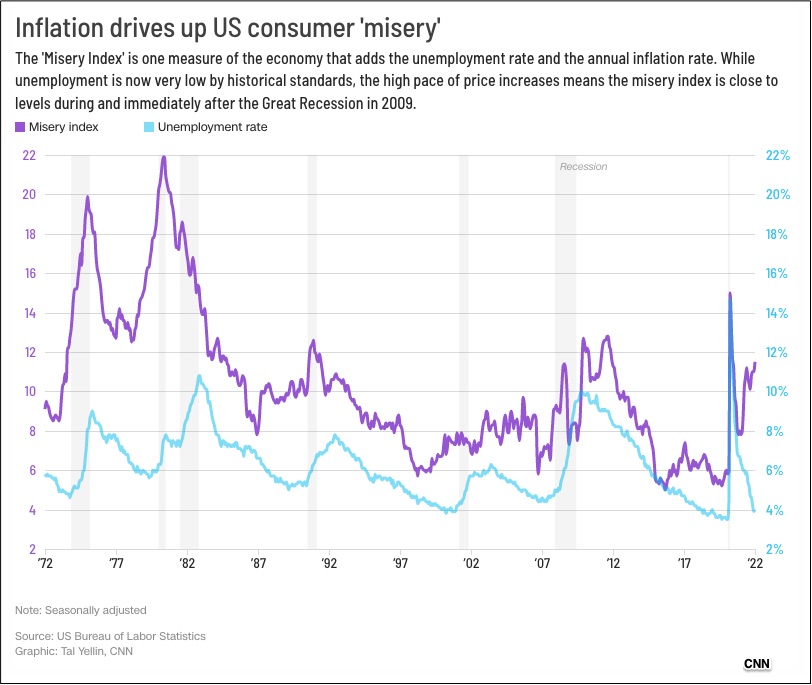 My sources and more: Dating back to 2000, this paper has some good Misery Index history. Then, the Fraser Institute gave us an update while the Hanke numbers for 2020 are here. And finally, this Project Syndicate article gave the numbers their political spin and at econlife, we also looked at a baseball Misery Index.

April 2022 Friday's e-links: What Ben Franklin Would Have Tweeted