6 Facts: Are Sin Taxes a Blessing?

Sin taxes come from wine, beer, and spirits. They generate revenue from sports betting and casino gambling. In addition, they are levied on cigarettes, marijuana, and sugary beverages.

Fundamentally contradictory, they are supposed to raise revenue and constrain consumption. However, more of one objective means less of the other.

Today is a 6 fact day because it is tough to generalize about sin taxes. They don’t necessarily raise a lot of revenue but they sometimes do. While we can’t say that one income group bears most of the burden, for certain items they do.

1. Most sin taxes are paid by relatively few households.

Researchers estimate that 20% of all households pay 90% of the sin tax dollars that local municipalities, states, and the federal government collect.

3. The Everything group differs considerably from the heavy wine drinkers.

The Everything cohort tends to be white, older, low income, and less educated. They are called Everything because of the vast array of sin goods they consume. By contrast, the wine drinkers are highly educated but they too are older (above 65) and not Black.

4. A sin tax can occupy a huge proportion of an item’s selling price.

For beer and spirits, the tax rate is per gallon. Next, as you would expect, it is per pack for cigarettes and a percent of the purchase price for marijuana:

6. As an emerging category, marijuana revenue is growing:

The Tax Foundation has stated actual and potential marijuana revenue: 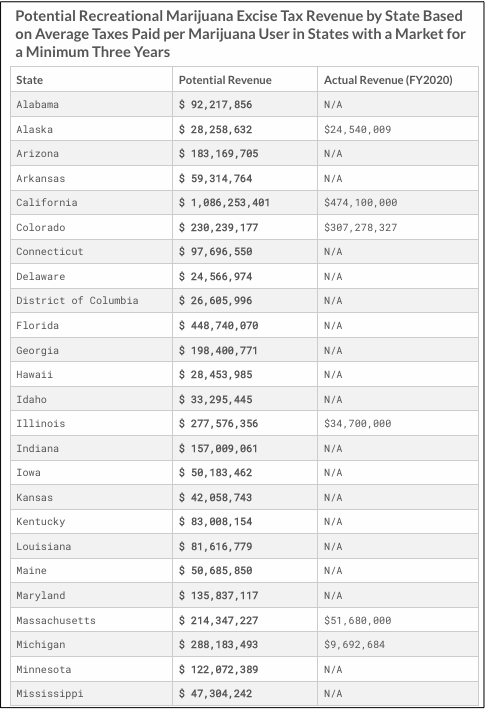 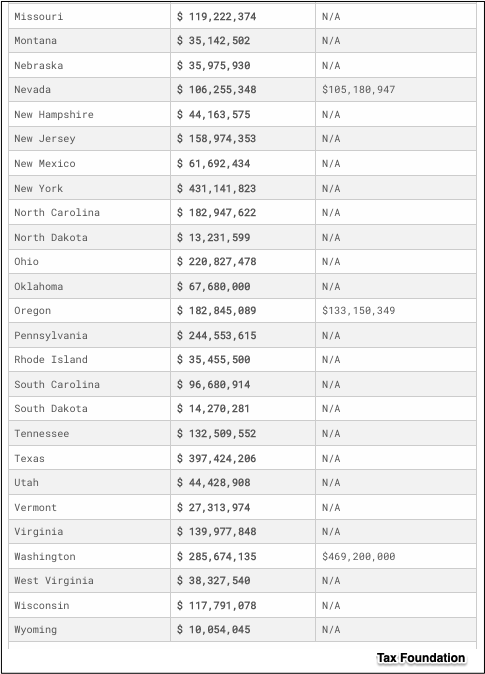 The one thing we can be sure of is that the activities and commodities targeted by sin taxes create negative externalities. Whether looking at alcohol, nicotine, or gambling, we see an impact that extends far beyond the user through abusive behavior or healthcare expenses. We also know that legislators love sin taxes. Alexander Hamilton wanted to use a whiskey tax to fund Revolutionary War debt. He wound up with the Whiskey Rebellion and was the only Secretary of the Treasury to personally confront a mob of gun-toting angry farmers.

My sources and more: The more I looked, the more I found on sin taxes. At first, it was an un-gated copy of an NBER paper. But then, this article, this one, and Pew added many facts as did econlife. You also might want to look at the Tax Foundation and Accounting Today for more tax rate facts. However, the best story is the Whiskey Rebellion from Smithsonian Magazine. Our featured image is The Whiskey Rebellion, the response to one of our first sin taxes.