Recently, we looked at rising prices.

Now Bloomberg tells us that the CPI (Consumer Price Index) should have been higher …and soon will be.

According to the CPI, looking back to November, new truck and car prices were up annually by 11.1 percent. However, their new approach indicates the increase was really 14.4 percent. Below, you can see the difference: 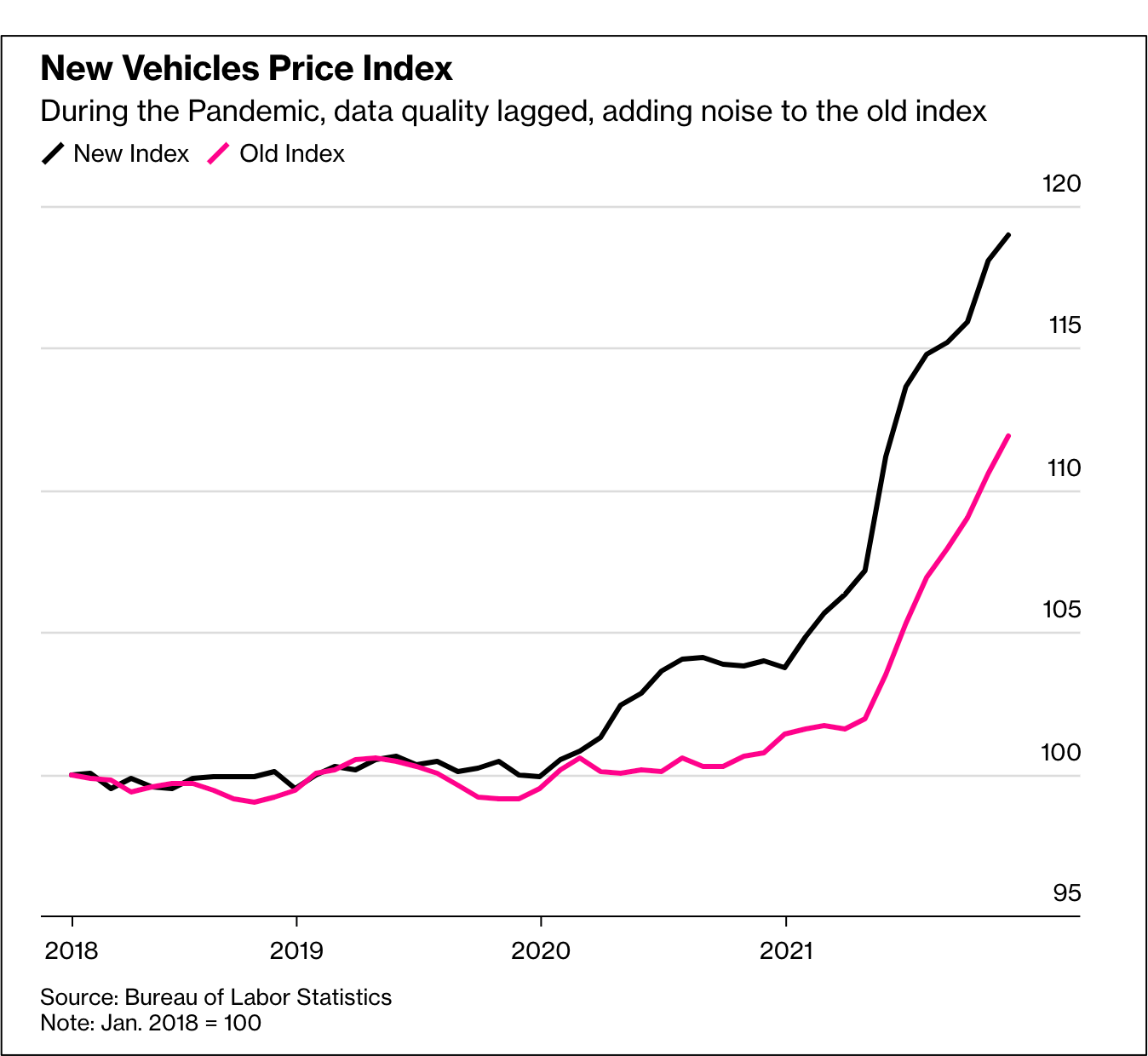 Based on the switch, the revised annual inflation rate could have been 6.93 percent during November, a .12 percentage point boost. The reason for the change is the real time data that BLS will get from J.D. Power. Instead of its traditional system of collecting prices, starting with their May 2022 release, CPI car and truck numbers will come completely from transactional data with the CPI recognizing which vehicles people have selected and the change in prices during the year. As one inflation watcher said, “It’s real-time, so much closer to reality,,, this is a big step forward.”

A Harvard professor takes the need for a CPI change another step forward.

Involving something like 80,000 goods and services in eight big categories including apparel, transportation, and medical care, an urban consumer’s CPI is created by the BLS (Bureau of Labor Statistics).

In a 2020 NBER paper, Harvard economist Alberto Cavallo expressed concern with recent CPI statistics. He suggests that statisticians need to re-weight certain items because consumers are spending more on stay-at-home goods like food and less on their away services like grooming supplies and sports drinks. In other words, traditional formulas don’t work during a pandemic.

In an update of what he calls his “Covid Basket,” Dr. Cavallo shows where the CPI would be:

In his original paper, he said the surge in grocery spending was one reason for the difference. Oversimplifying a bit, we can just say that when the share of total expenditures for an item changes, so too should the CPI.

Consequently, the CPI is hiding higher prices and their impact.

And, looking beyond the U.S., we see the same phenomenon:

My sources and more: Bloomberg alerted me to the CPI change that the BLS explains in this paper. In addition, here, I discovered the update for the Cavallo NBER paper. Please note that our paragraph on Dr. Cavallo is similar to what we have previously posted.

6 Facts: Are Sin Taxes a Blessing?