Where Are the Olympic Women?

On May 22, 1900, a Swiss sailor won a gold and a silver Olympic medal. A member of a victorious racing crew, this person had one unusual characteristic.

It was a woman.

Countess Hélène de Pourtalès was the first female Olympic medal winner. Although she raced for Switzerland, she was born in NYC and raised as Helen Barbey: 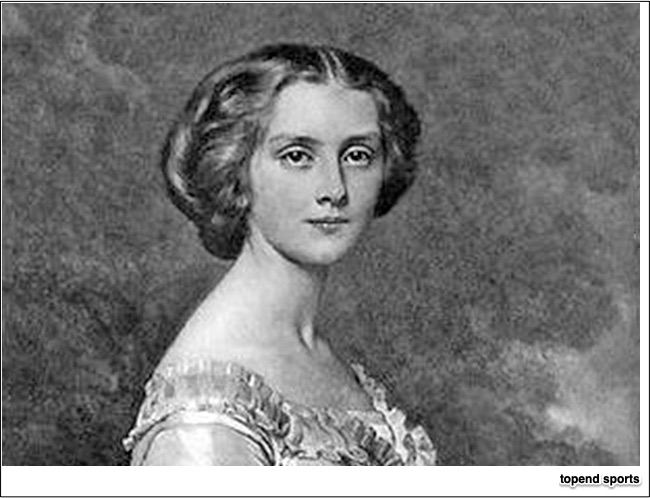 In the 1900 Olympics, golf, tennis, sailing, and croquet were the sole female sports. It has taken 121 years for women to have some Olympic equity.

Still limited, by 1984, females were only 23 percent of all Olympic athletes. This summer, competing in most events, women’s participation rose to 49 percent.

Below, you can see the steady ascent of the proportion of female Olympic athletes. Please note though that the y-axis stops at 50 percent: 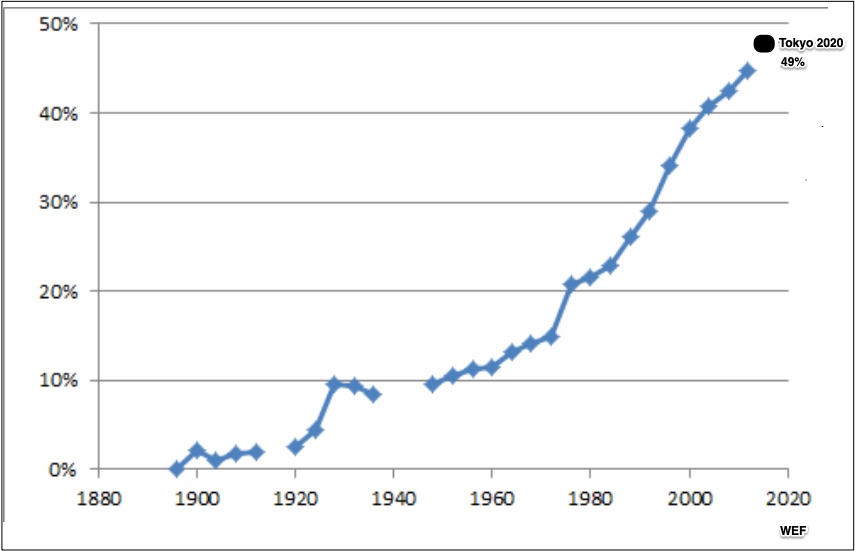 Again displaying more of a female presence, this year the American women were responsible for 66 of 113 medals won by Team U.S.A. and 23 of our 39 gold medals: 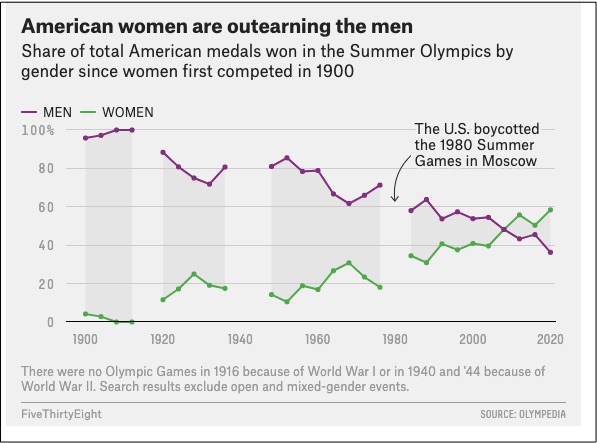 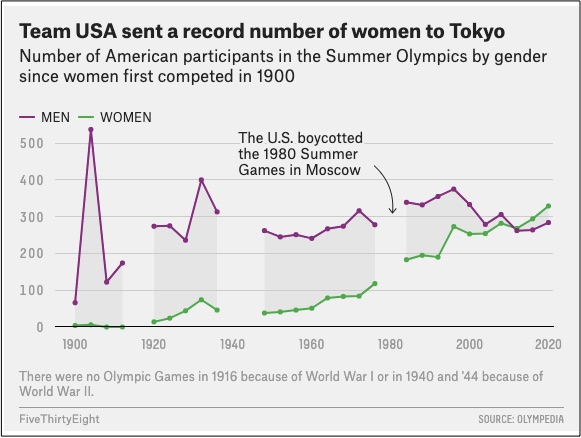 But even with more participation, gender issues remain. More than the men, a majority of the female athletes (69.6 percent) wore revealing outfits. The women were sometimes called female athletes but no one said, male athletes. Similarly condescending, the media occasionally called woman girls or young ladies. In addition, it was likely that we heard about a woman’s family instead of her skills.

As economists, we can relate athletic talent to human capital. Defined as the store of knowledge and knowhow that people accumulate, human capital increases productivity. Taking the leap to the Olympics, researchers from the Peterson Institute said that a boost in women’s education and labor force participation at home led to more participation and success at the Games. Then, the World Economic Forum added the impact of Title IX’s gender equity mandate for all recipients of U.S. federal funds. As a result, a girl’s athletic opportunities soared during high school and college.

Returning to 1900 and Countess Hélène de Pourtalès’s Olympic medal, we can say that a woman’s human capital has changed.

My sources and more: Fivethirtyeight and WEF had the data on female Olympic medal winners. Then, Topend Sports presented some history while Peterson had the academic perspective. Finally, and crucially, for up-to-date inequality, do look at Aljazeera, the Representation Project, and CNN.

A Lesson for Rail Transit From the Eastern Shuttle