What Can We Learn From Japan?

In this country, the population is aging, the government is doing a lot of borrowing, and interest rates are close to zero.

While close to 29 percent of the people in Japan are over 65 years old, the Japanese fertility rate is shrinking. The result has been more deaths than live births:

These numbers take Japan to an inadequate replacement rate and a declining population: 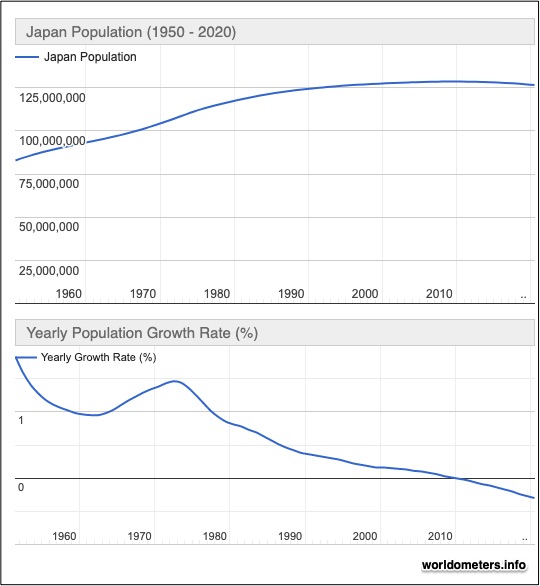 At the same time, government is borrowing more money:

All of that borrowing has led to an increasingly astronomical debt to GDP ratio.  From approximately 50 percent during the mid-1990s, it now is near a whopping 225%:

In addition, Japan has been creating more money: 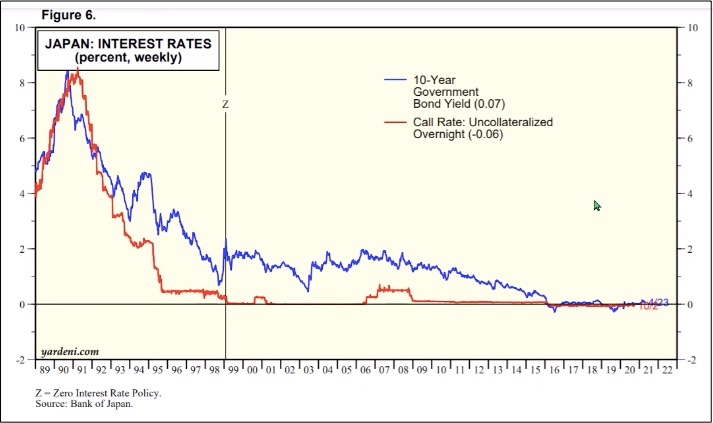 Yet, with all of this fiscal and monetary stimulus, its nominal GDP growth has been pretty flat for 24 years:

And prices have minimally increased:

Through more spending and borrowing, fiscal policy traditionally stimulates economic activity. Similarly, monetary policy that lowers interest rates and increases the money base also creates expansionary incentives. In Japan though, the unexpected happened. Perhaps because of its demographics, neither the GDP nor prices have skyrocketed.

So, with a large group of aging baby boomers, soaring government spending, a climbing debt to GDP ratio, and zero interest rates, we can ask if we will wind up like Japan?

My sources and more: Thanks to economist Ed Yardeni for his insight about the Japanese economy. Talking more positively about printing money, The Washington Post also explained Japan’s monetary policy. Finally, if you are an optimist, do read about Modern Monetary Theory, here and here. (Our featured image is from BusinessInsider.)