Long ago, someone figured out that we needed a license plate as an identifier. In New York State, between 1901 and 1909, drivers made their own from felt, leather, or metal. 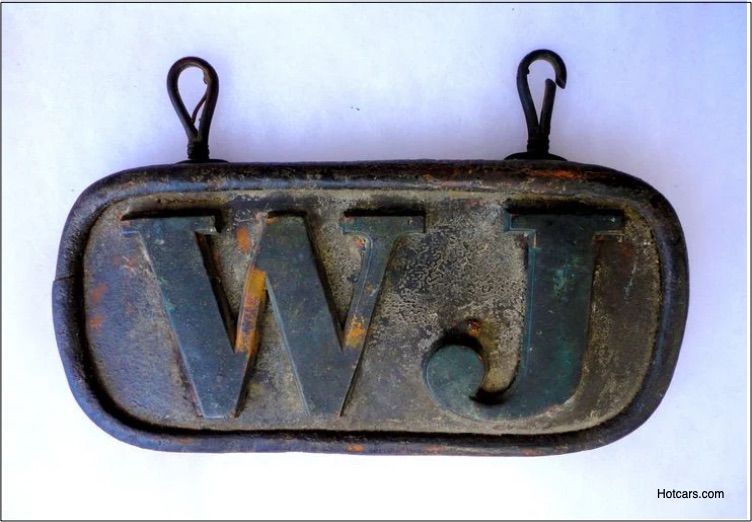 Once plates were standardized, initials disappeared until Pennsylvania decided to make some extra money. It was the first state to let people buy a personal plate.

From there, states developed the potential of license plate economics.

Our story actually starts with the potato. In 1926, Idaho’s Secretary of State realized he had some valuable “real estate.” Distributed by the state, a license plate could say whatever the state wanted. It could advertise the home grown product. It could remind people that Idaho was the potato state: 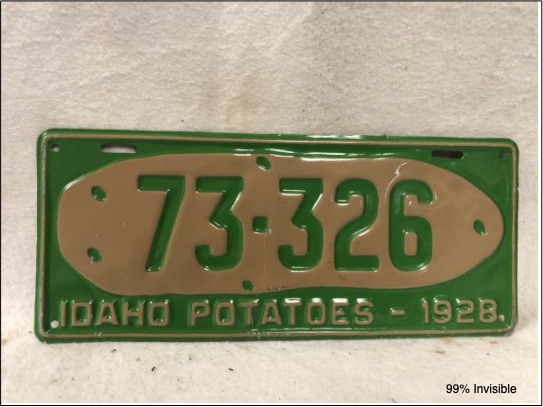 And so began the attempt by each state to print what it wanted to say to the world. Arizona chose the Grand Canyon and Minnesota, its “Land of 10,000 Lakes.” Each thought the plates would attract tourists. Florida reputedly had to cancel the grapefruit when someone reported that the image looked more like a bomb.

As revenue raisers, by the 1990s, license plates let drivers express what they most cared about. During 2015, Maine’s drivers were more enthusiastic about lobsters than the black bear: 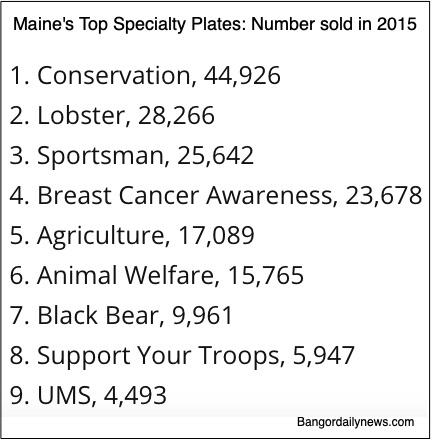 These were several of Maine’s plates: 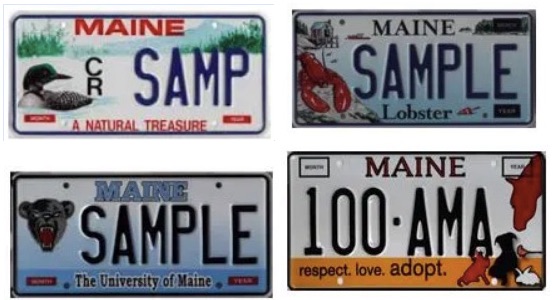 The following graph displays the revenue that was raised from the Lobster plate (top right) and where it went. You can see that the highway fund (red bar) was a major beneficiary: 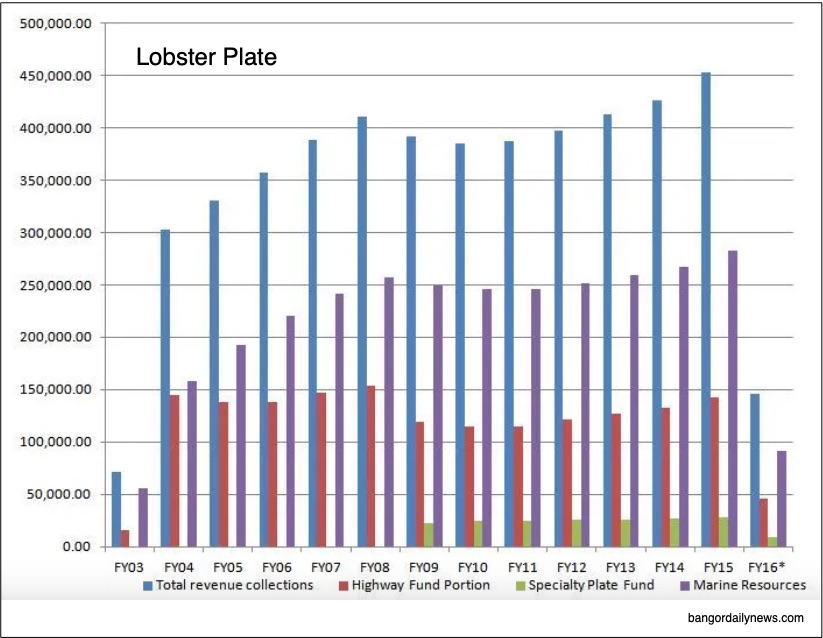 When we think of license plate economics, we can refer to a state’s fiscal policy. Defined as its spending, taxing, and borrowing, Maine’s fiscal policy includes the $40 million dollars that its specialty license plates generated until 2015. Surely that number is much higher now.

You can see that the money went to the specialty category and, most crucially, state highways: 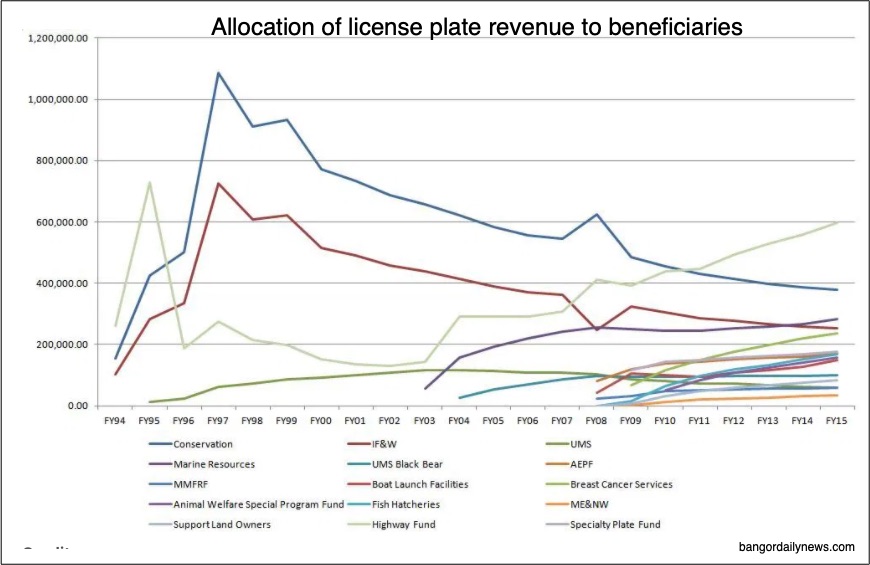 We have come a long way since the Idaho potato first displayed what it could do on a license plate.

My sources and more: During yesterday’s walk I returned to 99% Invisible for their license plate podcast. From there, the possibilities multiplied. They included a wonderfully detailed look at license place revenue from the Bangor Daily News and 10 facts about plates from Hotcars.