What Makes a Snow Shoveler Smile?

Monday, in Morris County, New Jersey we got approximately 24 inches of snow.

NOAA shows us who was hardest hit. My home, where the arrow points, is shaded in darker orange: 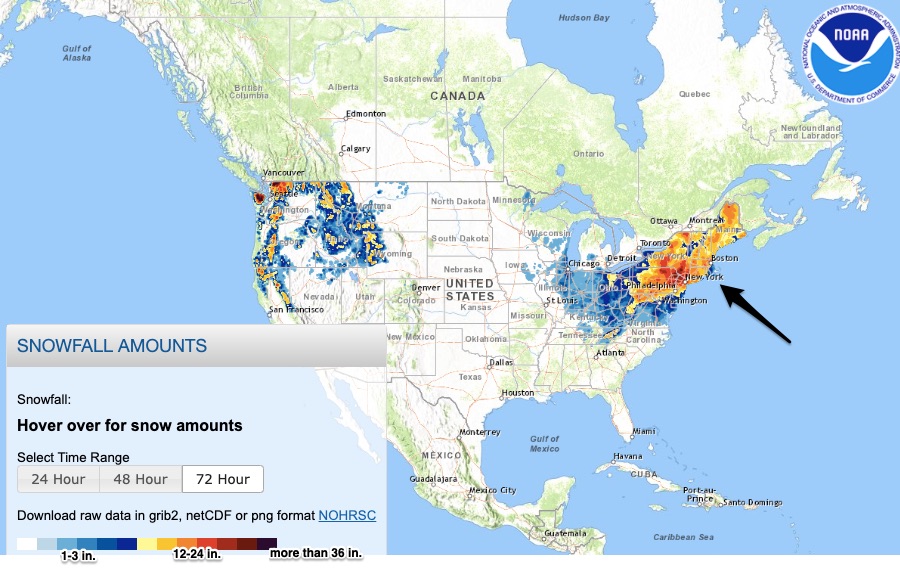 At 20 to 30 inches rather than the usual 2 to 3, this storm transformed the market for snow shoveling.

In New York City and the nearby New Jersey suburbs, the snow started late Sunday and, for some of us, continued through Monday evening. The snow was so wet and heavy that one person said, “shoveling this stuff is almost like shoveling bricks.”

As a result, the people who typically cleared their own sidewalks and driveways needed help. Some knew who to call. Others went to the Shovler app. Teenagers reported taking home $500 for a day of work. A pair of 17-year-olds with 15 offers through Facebook said they could charge $20 to $100 for stoops and sidewalks. They could also pocket $100 for a driveway that took three hours. According to Shovler, the average price was $150 for a NYC townhouse and $190 for a standard suburban home while some shovelers were getting $200 for a driveway that parks four cars, a medium sidewalk, and a medium walkway. They also could have gotten a tip that ranged from $20 to $99.

Shovler tells us that the price depends on accumulation, temperature, texture, depth, and property size. For the January 18th 4-inch snowstorm, the average shoveling job was $55.

As economists, we can call snow shoveling a perfectly competitive market. There are many buyers, many sellers, and no one has the power to set the price. Instead the market is the boss.

On February 1st, the demand side was in charge of the market. As the snowfall surpassed 10 and then 20 inches, the utility (a determinant of demand) of using a snow shoveler increased. As a result, the snow shoveling demand curve shifted to the right.

At this point, you know what happens. As price moves upward, more shovelers are willing and able to enter the market, thereby increasing the quantity supplied: 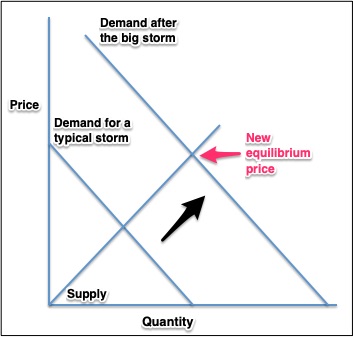 My sources and more:   For the facts on the storm, the NY Times is one possibility. Then, WSJ had the snow shoveling data as did shovler.com. Our map was from NOAA through the National Weather Service.

What We Can Learn From a Strawberry Contest