Why It’s Tough to Turn Around a Big Ship

Large container ships can carry approximately 22,000 boxes called TEUs (Twenty-foot Equivalent Units). Above, the vessel in our featured image has 15,000 containers. In just one of them, you can add 48,000 bananas to the global supply chain. 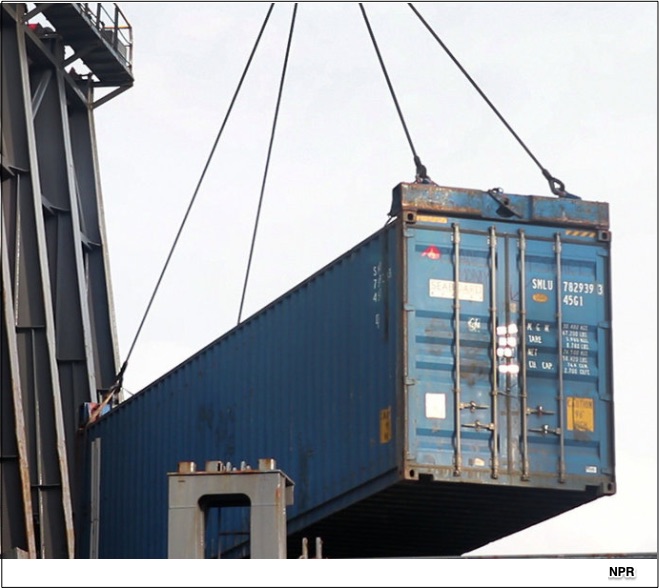 Huge container ships used to have predictable patterns. They knew what to pick up and where to bring it.

But now, maybe not.

The pandemic has disrupted the traditional supply chain rhythms of container ships. Because consumers’ purchasing preferences have changed, so too must cargoes. We want more desks, different kinds of clothing, backyard fire pits. However, the old shipments are here. Clogging warehouses, they prevent the new stuff from being unloaded. Meanwhile, Covid has created dock worker shortages. As a result, truckers face turnaround times that are 93 minutes rather than 23. Ships are returning to Asia with empty containers instead of waiting for delayed soybeans and grains. In December, more than double as many empty containers went to China as full ones.

Some of the problems were created by a massive increase in demand after it plunged during the first half of 2020. One fireworks importer says that 40 percent of this year’s order could be stranded in China. Similarly, more than one third of all containers did not ship on schedule and 16 industries said supplier deliveries were slower. Still though, shipping capacity is up.

The solution is more planning but shippers are not sure how.

Our Bottom Line: The Container

Pre-1950, before the container, flour or clothing or raw cotton was packed in barrels or bags or crates. Transported by truckers to loading docks, shipments were stored in local warehouses or placed under roofed piers before boarding the boat.

Below, longshoreman were probably loading bags of flour onto a vessel. While the picture dates back to the 1920s, it would also have represented a 1950s port. 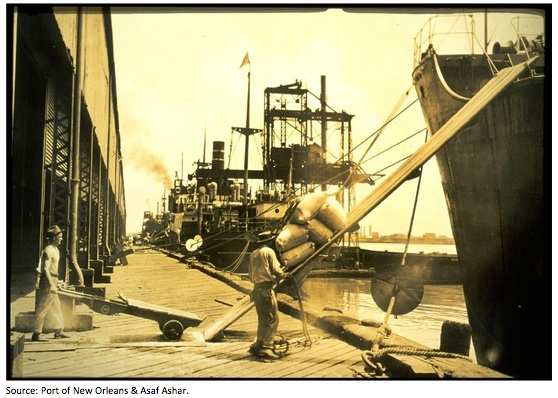 There was a better way.

In 1956, a North Carolina trucker, Malcom McLean, rigged an oil tanker with 58 trailer trucks. Not the whole truck, but just the cargo containers were placed in slots on the vessel in Newark N.J. When they arrived in Houston, rather than unloading the containers’ contents, they were hoisted onto “running gear” and off they went to their destination.

You see the difference. Whereas moving your cargo 1,000 feet from the street to a ship could have taken as long as an entire ocean trip, instead it took moments because nothing had to be unloaded and reloaded. Cost plunged from $5.83 to less than 16 cents a ton as did pilferage, damage and the number of longshoremen.

Only a year later, they started stacking containers in vessels and the rest of the story is supply chain history. 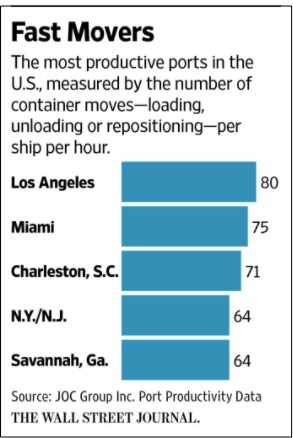 I guess we call it a supply chain because huge container vessels link the globe. During a pandemic, though, their size could weaken the links.

My sources and more: This front page supply chain article from The Washington Post grabbed my attention. It reminded me of Planet Money’s superb T-shirt series of podcasts and the WSJ “Logistics Report.” From there, I found a slew of fascinating container ship facts (like how many bananas you can fit into one 20-foot container).