The price reflected the rebirth of a sport that had been dying and perhaps some conspicuous consumption.

The world is waiting to see when Armando and New Kim will mate.

New Kim is the two-year old racing pigeon that fetched the $1.9 million price tag. She was reputedly purchased by the same Chinese businessman that bought Armando for $1.42 million last year. The racing pigeon world assumes that his plan was to produce little squeakers (the name for a baby racing pigeon).

The BBC tells us that Armando is no normal pigeon. Called the “Lewis Hamilton (the Formula 1 racing car driver) of pigeons,” he won the 2019 Pigeon Olympiad, the 2018 Ace Pigeon championship, and the Angoulême. Now almost six years old, he can continue fathering babies until he is 10.

Do take a two-minute look at Armando:

Although New Kim  has also been a champ, her price was a surprise because males typically have greater value since they can produce more offspring, However, like Armando, her price was nudged skyward because of a bidding war between Super Duper and Hitman, the pseudonyms for two Chinese businessmen.

This is New Kim. (She is also today’s econlife featured image.): 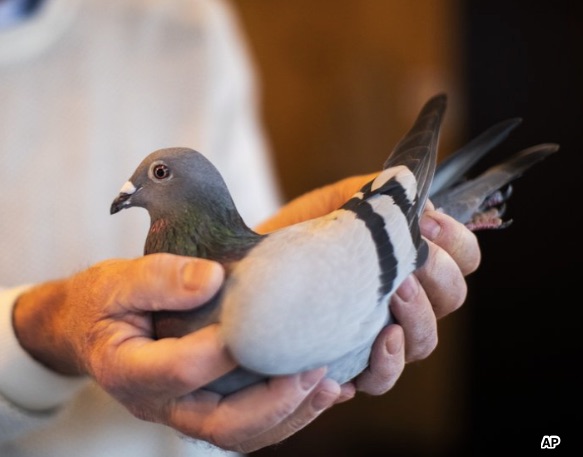 Like me, the only pigeons you might be familiar with dwell on the streets of NYC.  So, in addition to checking Armando’s history, I found out that a pigeon race can start when pigeons that live in the same coop are transported hundred of miles way from home. Then, after they are let loose, the winner is the bird that reaches home first. With a tail wind (literally) pigeons can fly faster than 80 miles an hour.

In his Theory of the Leisure Class (1899), Thorstein Veblen (1857-1929) told us that the affluent pursue useless activities like excessive shopping to convey their power and wealth. Servants and employees help the affluent do less while their money lets them signal their status by buying more. I suspect paying $1.9 million for a racing pigeon is what Veblen could have been talking about.

In a 2010 paper, scholars at USC’s Marshall School of Business used the following diagram to convey some of what Veblen taught us. They could easily have inserted the racing pigeon auction in the Parvenu slot below: 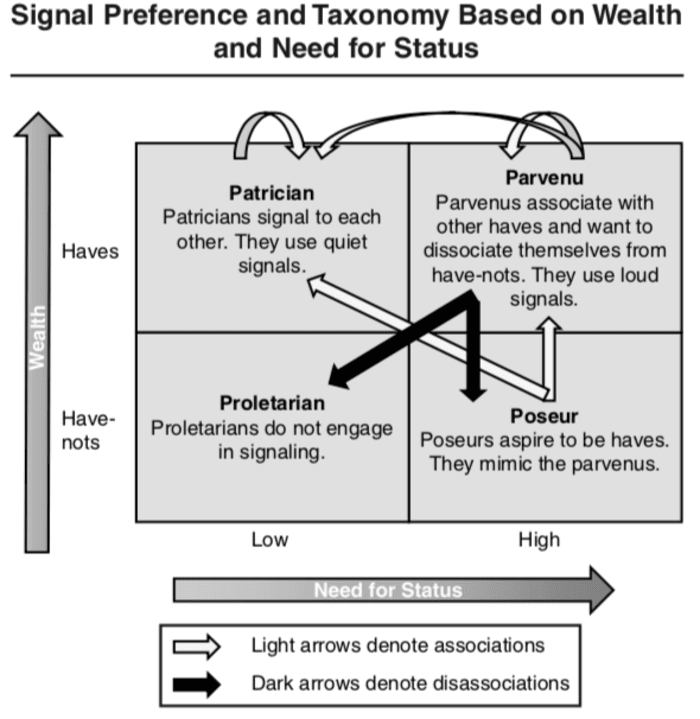 From “Signaling Status with Luxury Goods: The Role of Brand Prominence,” Journal of Marketing, July 2010

“Thorstein Veblen was rather eccentric. I once read that his let his dirty dishes accumulate until none remained. Then he sprayed them with a hose and started all over again. This is Veblen: 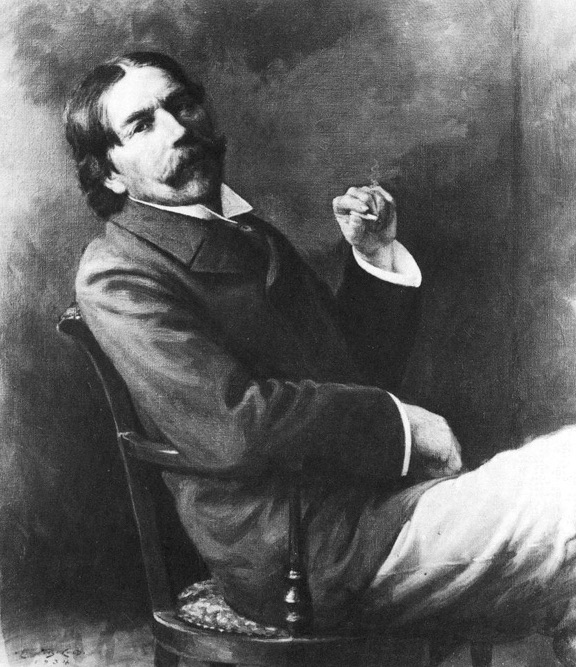 My sources and more: Thanks to Marginal Revolution for alerting me to the pigeon auction. From there, the BBC had more as did CBS News. Then, if you want the academic side,  this paper is a possibility. And finally, I would be remiss if I did not mention inconspicuous consumption.

Most of today’s “Bottom Line” was from a previous econlife post.

The Vials That We Need For Vaccines